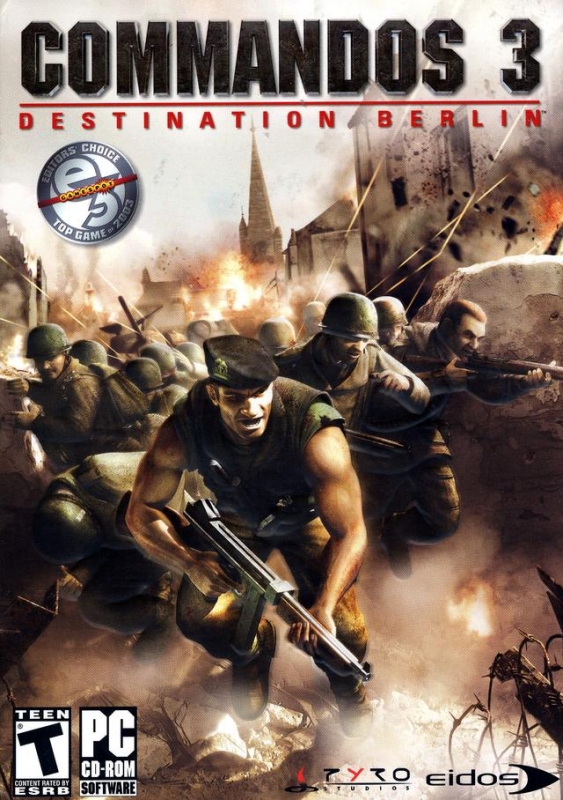 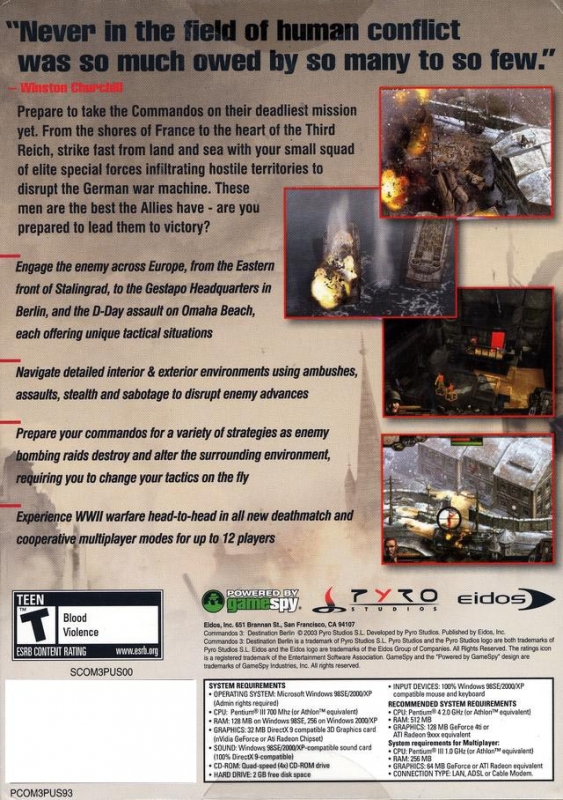 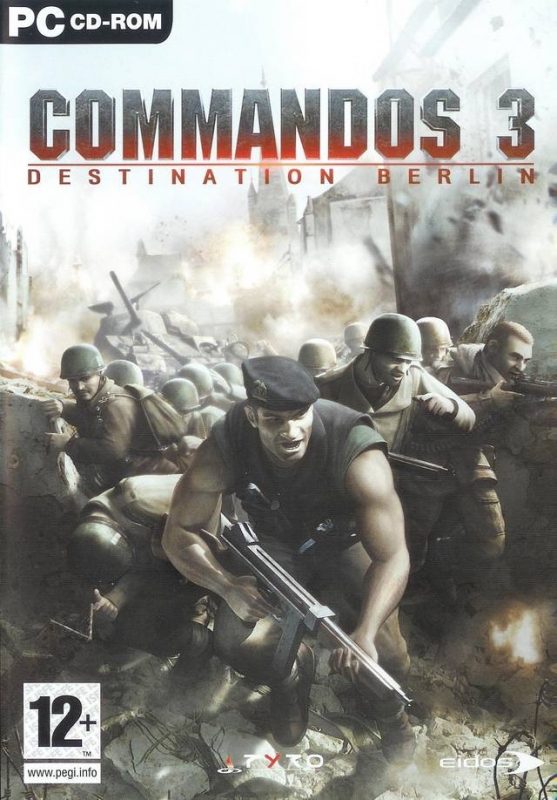 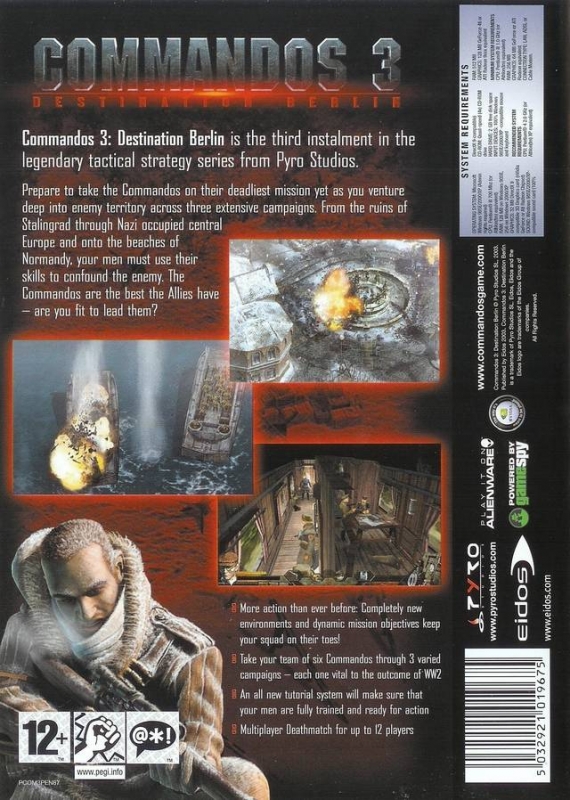 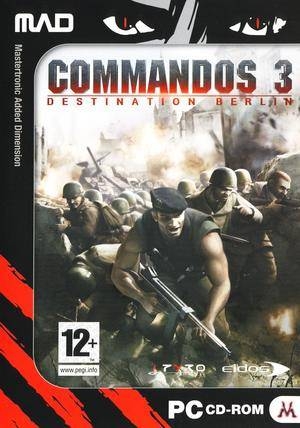 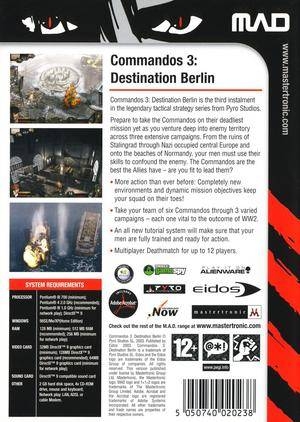 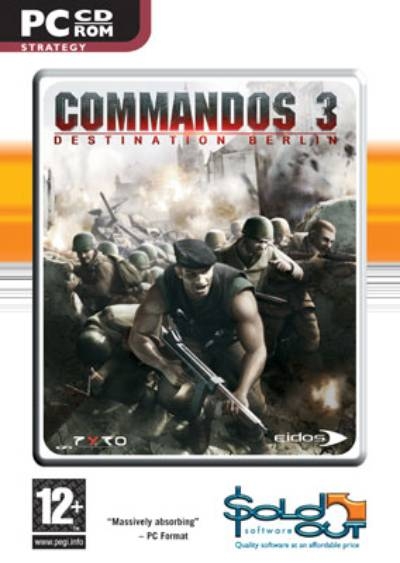 Commandos 3: Destination Berlin is a game of real-time tactics that places you in command of an elite unit of Special Forces behind enemy lines. From the shores of France to the heart of the Third Reich, strike fast from land or sea with your small squad of guerrilla fighters, infiltrating hostile territories and conducting raids to disrupt the German war machine.