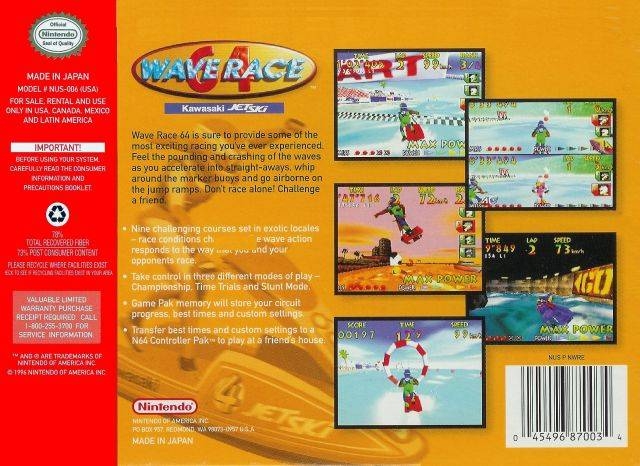 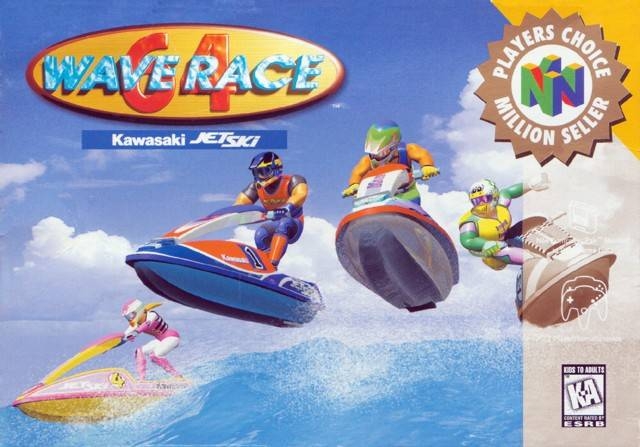 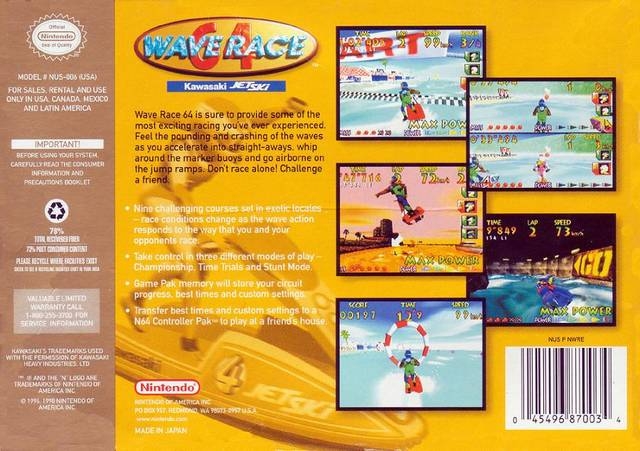 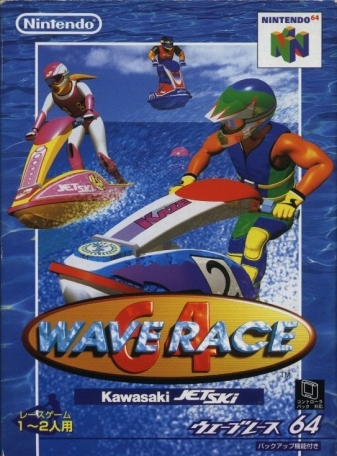 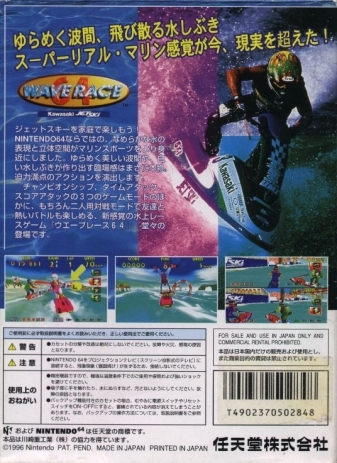 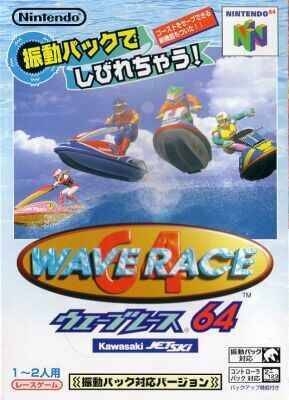 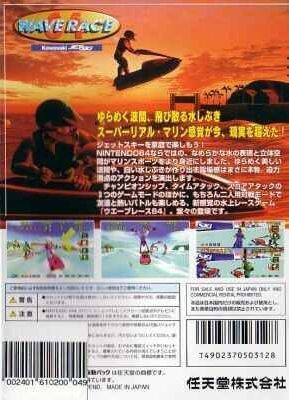 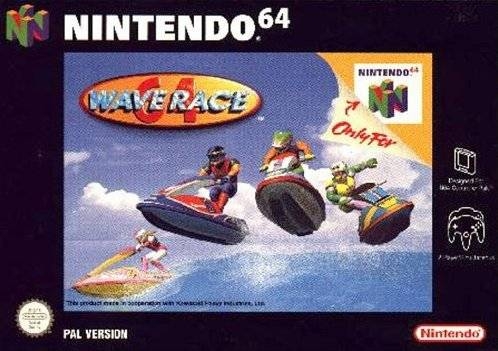 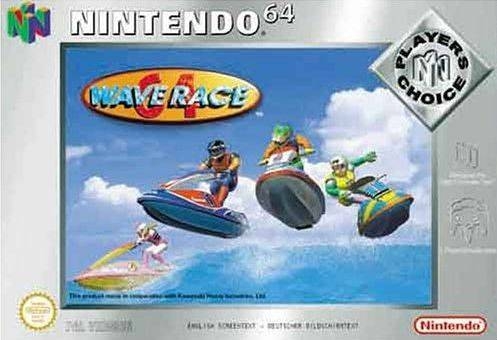 Various companies have produced Jet Ski racing games over the years, but few of those games have made as big of an impact as Nintendo's Wave Race 64. Ever since the game was originally published for the fledgling Nintendo 64 in the fall of 1996, person after person has been captivated by its blazing sense of speed, gorgeous wave modeling, and realistic "bouncy" physics. Now, you can download this wet wonder from the Wii's Virtual Console shop for 1,000 Wii points, which is a reasonable cost considering that time has done little to tarnish the game's beauty or fun.

The nuts and bolts of Wave Race 64 aren't much different from any other arcade-style racing game. In the championship mode, you race Jet Skis around circuits on a variety of water courses. Staying within the buoys will give you a speed boost and keep you from being disqualified, you can use jump ramps to leap over obstacles and to discover secret shortcuts, and the controls make it easy to glide through a turn or spin 180 on a dime with a simple yank on the analog stick. You can also perform a small selection of tricks, which are mainly useful for setting high scores in the stunt mode. Other play modes include the standard time-trial mode, as well as a two-player mode that splits the screen in half and lets you compete against another human opponent.

What makes the game so much fun, and the main reason why it still holds up today, is that it conveys the exhilaration of being out there on the water in a manner that's both visceral and accessible. Sharp turns and experienced CPU opponents keep you on your toes, ramps will send you flying through the air, and, because you're racing on water, you're constantly bouncing around. Waves rise and fall like they do in the real world, and that motion causes floating obstacles to shift, occasionally exposing sunken posts and shipwrecks that were safely underwater on previous laps. All the while, the controls make it easy to steer, perform sharp turns, lean forward and backward, and execute tricks, usually just by yanking or twirling the analog stick. The physics and wave modeling are very realistic, to the extent that you'll soon find yourself instinctively tilting the analog stick to land quicker and hit waves at a good angle.

A decent number of polygons went into the riders and their Jet Skis, and they react to every bounce and jolt in realistic fashion. The 3D island courses generally look nice. Some of the textures look blocky up close (mainly large rocks), but the shorelines, ramps, and course obstacles are crisp and well defined. The tropical color schemes are appropriate and appealing, as are the periodic appearances of dolphins and orcas in the water. Speaking of water, the waves in Wave Race 64 are still some of the nicest ever modeled in a video game. Thanks to the lifelike physics and splashy sound effects, you actually get a good sense of what it would be like to take a Jet Ski for a joyride around a tropical island.

The beautiful waves splash as you bounce and bob through them.

For the most part, the game looks just like it originally did on the Nintendo 64. However, the frame rate is steadier, and the Kawasaki advertising banners have been replaced by ads for the Nintendo 64, Wii, and DS Lite. Thankfully, the new banners aren't distracting at all. Practically speaking, the only change of negative consequence to afflict the Wii's version of the game is that you can't race against your time-trial ghosts anymore. The original game required an add-on memory pak for that feature, and the Virtual Console doesn't emulate that functionality. All things considered, being able to follow the action easier thanks to the improved frame rate more than makes up for the ability to see your ghost during time-trial runs.

Wave Race 64 is a testament to what happens when developers come up with a solid design and pour their hearts and souls into making their creation a reality. The game's brand of bouncy Jet Ski racing is just as fun today as it was a decade ago, and its gorgeous wet visuals still pack quite a punch.