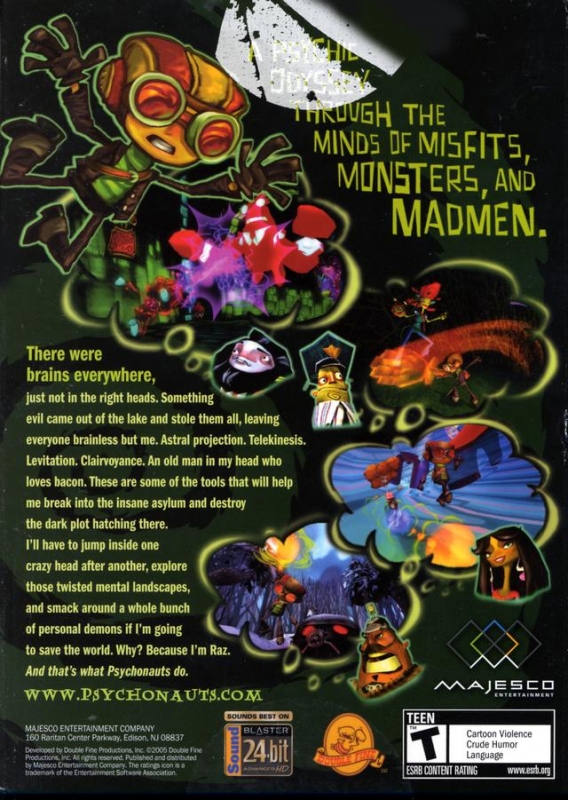 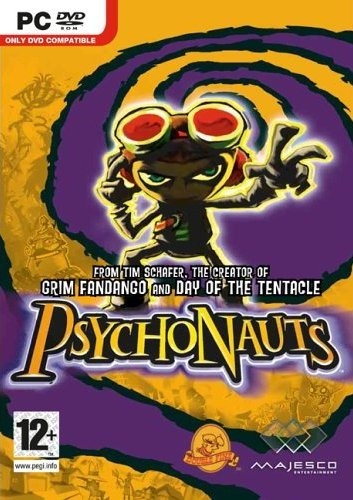 Any mind, any time. For years, the Psychonauts have deployed their psychically-armed operatives all over the world, but this time trouble is brewing right in their own backyard. Someone is abducting students from the Psychonaut boot camp-a deranged scientist who only wants their brains. One cadet-a mysterious and powerful new arrival named Raz-stands alone against the lunatic. Raz must develop and unleash an arsenal of paranormal powers and his most powerful weapon of all-the ability to launch himself telepathically into someone else's mind, and run around in the demented amusement park of their imagination. Ultimately he must enter the mind of his worst enemy and destroy his dark plans at their source, while trying not to lose his sanity in the process.