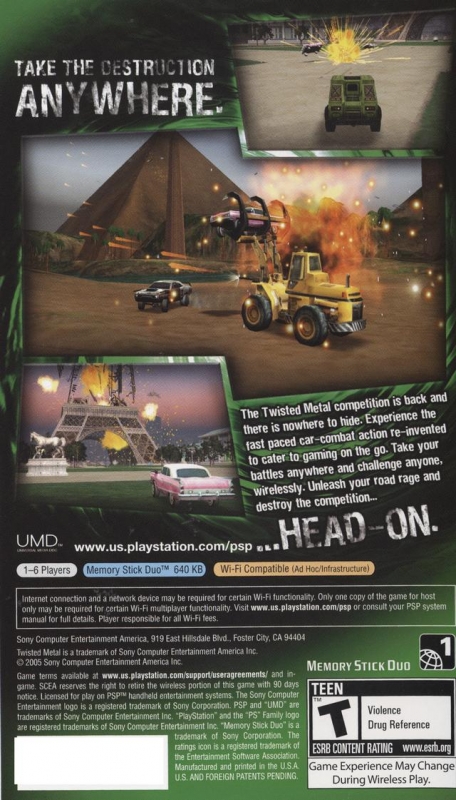 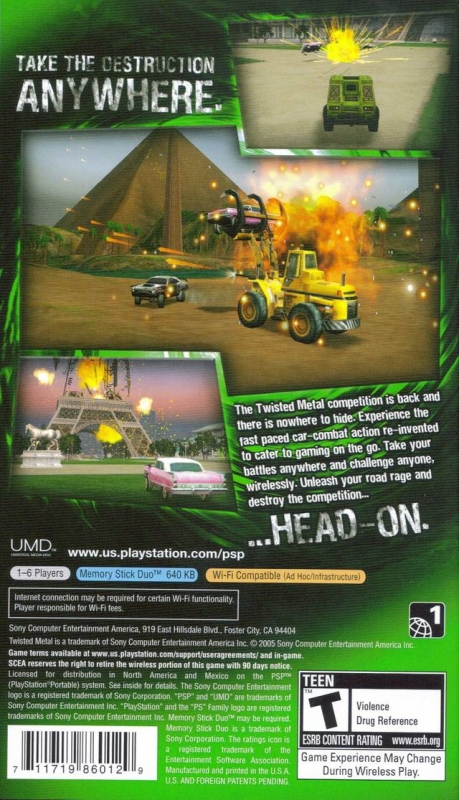 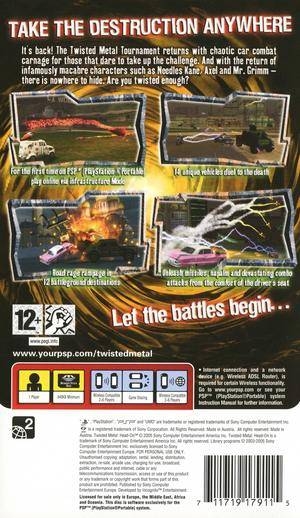 Akin to other games in the series, Head-On revolves around the same theme of a man named Calypso holding a vehicular combat tournament called "Twisted Metal" with the promise of granting the winner whatever they ask for. There is a general "careful what you wish for" theme, as many of the contestants wind up with not-so-happy endings.

Amongst the use of regular ammunition, such as bullets, missiles, and landmines, vehicles and their operators also has their own special and unique weapon. For instance, the vehicle Twister can create twisters while Mr. Grimm can fling flaming, explosive skeleton heads at enemies.

In 2006, Twisted Metal: Head-On was one of the first games in the PSP Greatest Hits line in the U.S.