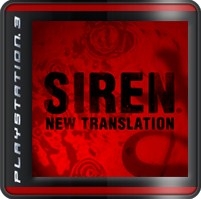 An American TV crew has arrived in Japan to film an expose on the legend of the “vanished village.” Controlling seven different playable characters, the player must uncover the mystery behind the curse that grips the eerie village of Hanuda. The unique “sight jack” system allows the player to see from the point of view of the Shibito, or living dead, to avoid their detection or watch as they close in on the player and companions. Intense graphics, realistic character animation, and a gritty film-like graphical presentation add to the horror of Siren: Blood Curse.