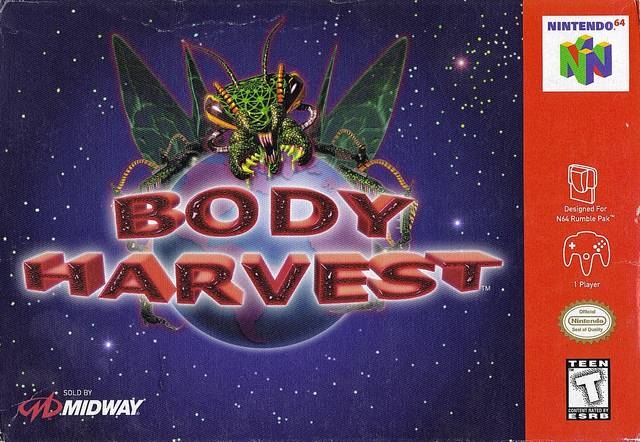 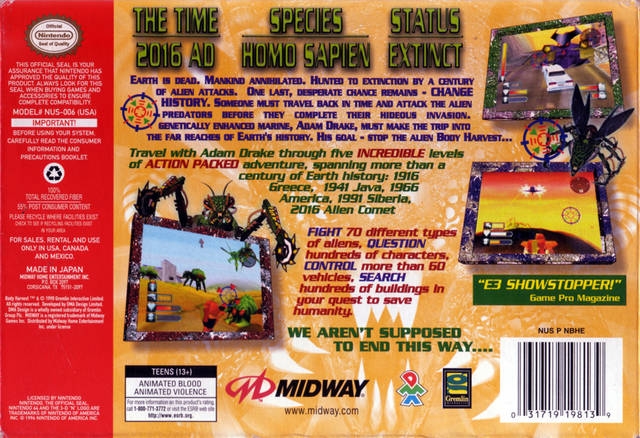 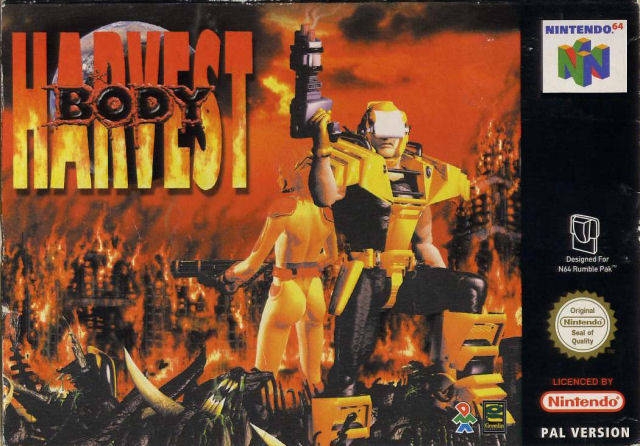 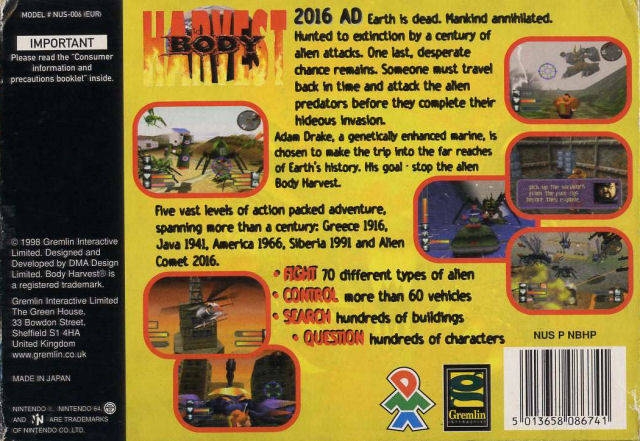 2016 AD Earth is dead. Mankind annihilated. Hunted to extinction by a century of alien attacks. One last, desperate chance remains. Someone must travel back in time and attack the alien predators before they complete their hideous invasion.

Adam Drake, a genetically enhanced marine, is chosen to make the trip into the far reaches of Earth's history. His goal - stop the alien Body Harvest.

Source - back of box