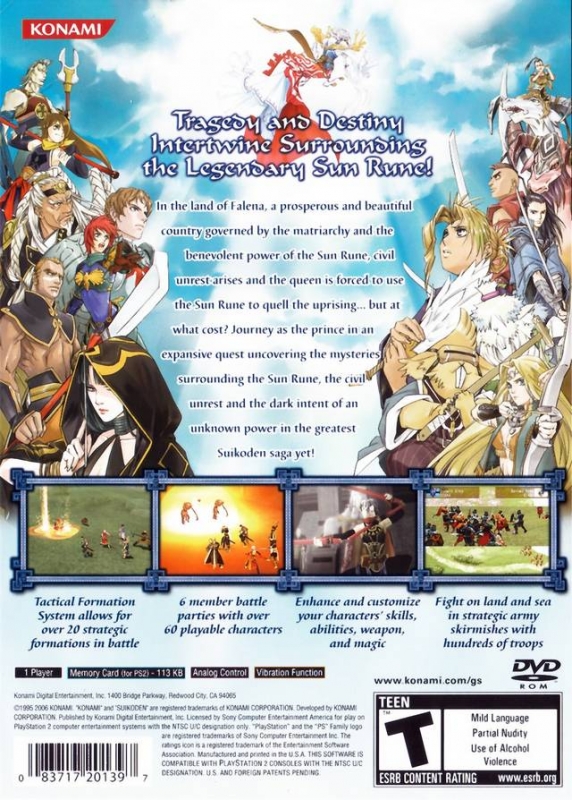 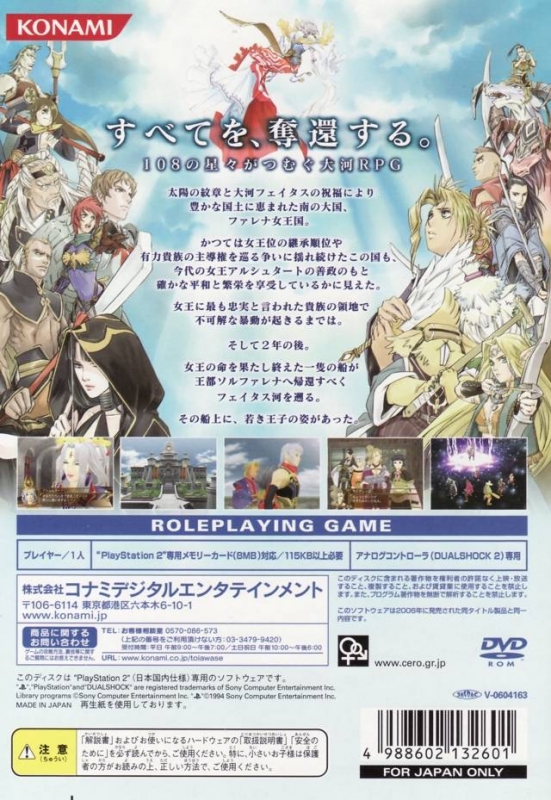 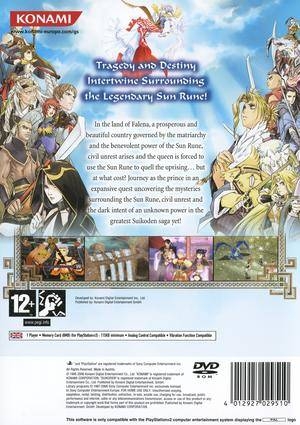 Celebrate the 10th anniversary of Suikoden with an all-new role-playing adventure filled with mystery and suspense. In the land of Falena, a prosperous and beautiful country governed by the matriarchy and the benevolent power of the Sun Rune, civil unrest arises and the queen is forced to use the Sun Rune to quell the uprising, but at what cost? Journey as the prince in an expansive quest uncovering the mysteries surrounding the Sun Rune, the civil unrest and the dark intent of an unknown power in the greatest Suikoden saga yet!