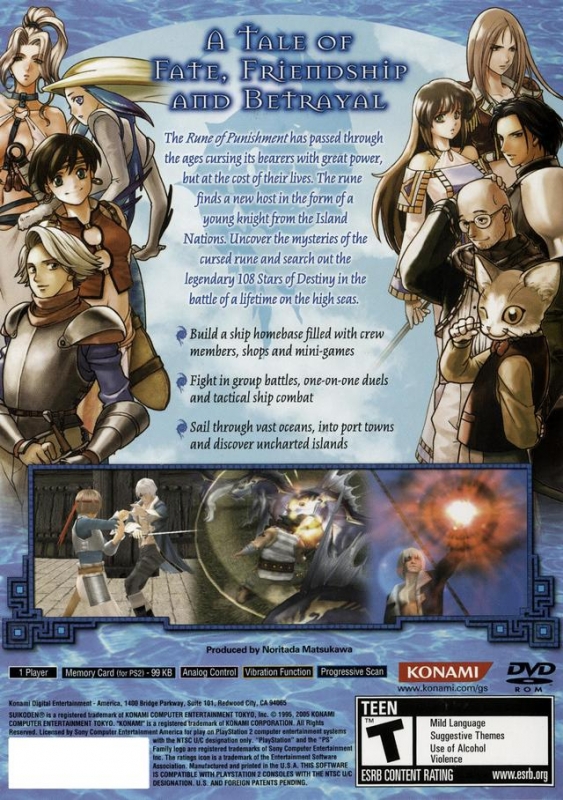 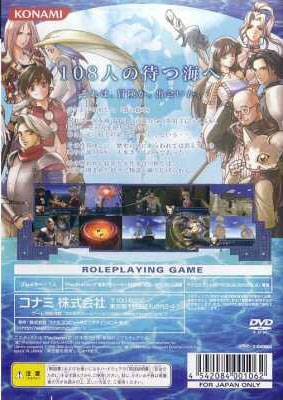 Suikoden IV is inspired by an actual Chinese tale in which 108 ordinary people come together from different backgrounds to do great things. In Suikoden IV, players step into the shoes of a young hero who obtains the Rune of Punishment and follows his path into a strange and fascinating world filled with huge ships, beautiful islands and vast oceans.

A deep RPG story awaits gamers who are ready for an epic 3D adventure. For the first time in the series' history, Suikoden IV will feature full voice-overs for many of the characters in the game. Navigating through numerous mysterious islands, players will collect party members and build a home base for their crew. The drama escalates as the characters engage in heated one-on-one battles, party battles and group battles, including ship-to-ship and army battles with countless island enemies. The new dynamic camera system in Suikoden IV heats up the action by presenting the conflicts from multiple angles. With dozens of playable characters including ones returning from previous adventures, and the return of numerous fun mini-games such as fishing and dice games, RPG fans will have their hands full in Suikoden IV.