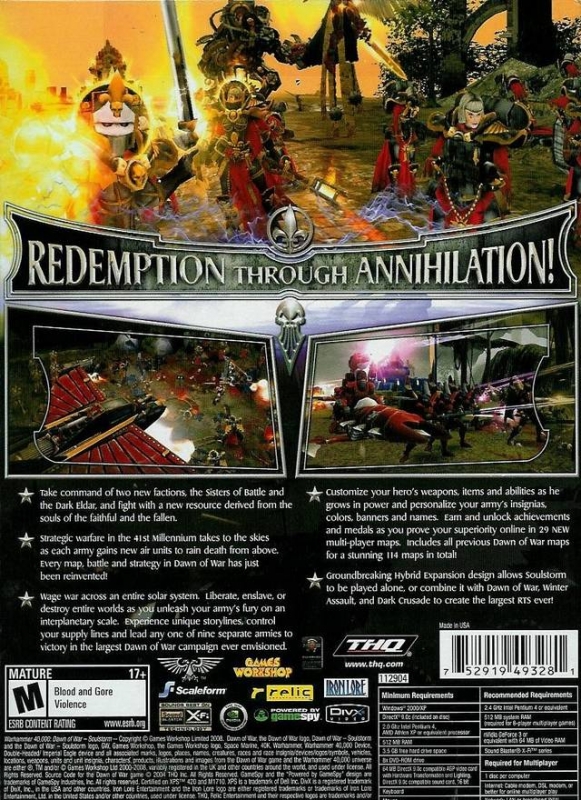 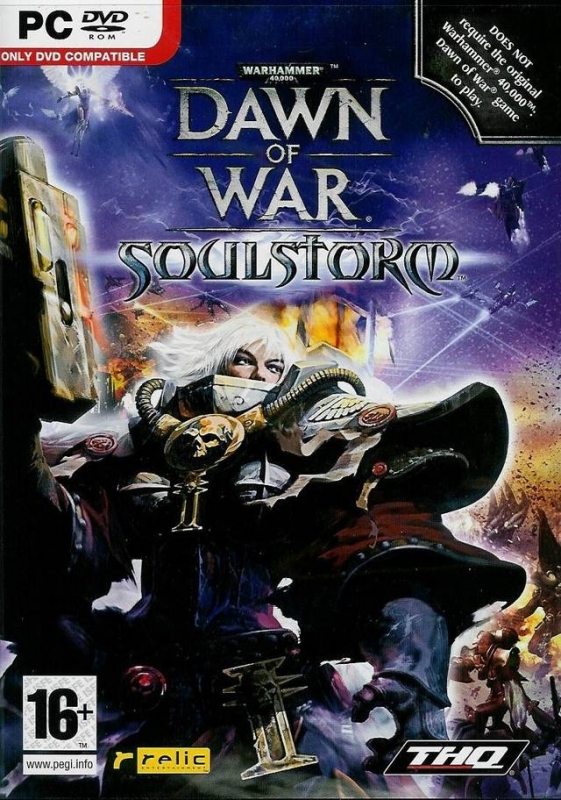 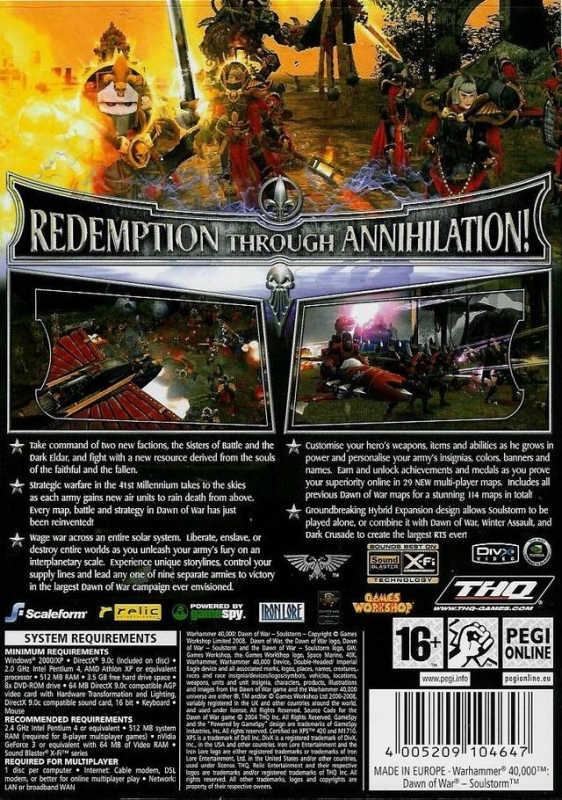 Take command of two new factions, the Sisters of Battle and the Dark Eldar, and fight with a new resource derived from the souls of the faithful and the fallen.

Strategic warfare in the 41st Millennium takes to the skies as each army gains new air units to rain death from above. Every map, battle and strategy in Dawn of War has just been reinvented!

Wage war across an entire solar system. Liberate, enslave, or destroy entire worlds as you unleash your army's fury on an interplanetary scale. Experience unique storylines, control your supply lines and lead any one of nine separate armies to victory in the largest Dawn of War campaign ever envisioned.

Customize your hero’s weapons, items and abilities as he grows in power and personalize your army’s insignias, colors, banners and names. Earn and unlock achievements and medals as you prove your superiority online in 29 NEW multi-player maps. Includes all previous Dawn of War maps for a stunning 114 maps in total!

Groundbreaking Hybrid Expansion design allows Soulstorm™ to be played alone, or combine it with Dawn of War, Winter Assault, and Dark Crusade to create the largest RTS ever!