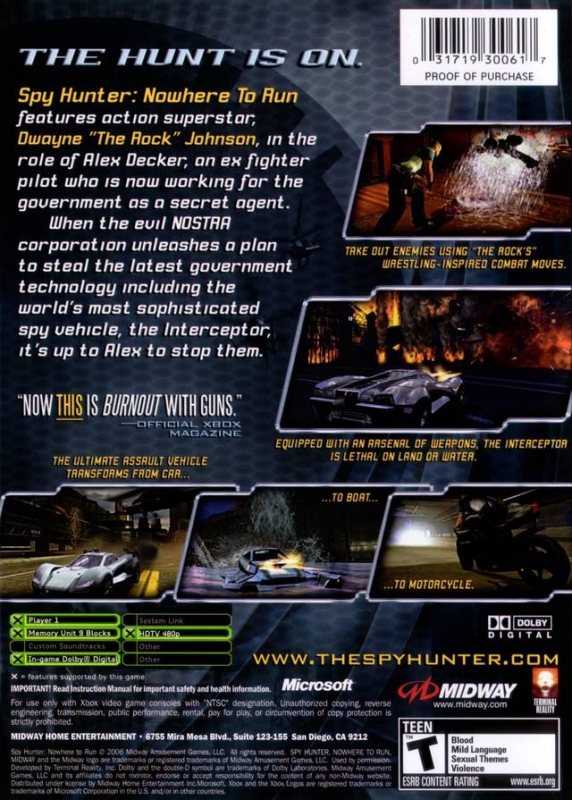 THE HUNT IS ON.

Spy Hunter: Nowhere To Run features action superstar, Dwayne "The Rock" Johnson, in the role of Alex Decker, an ex fighter pilot who is now working for the government as a secret agent.

When the evil NOSTAR corporation unleashes a plan to steal the latest government technology including the world's most sophisticated spy vehicle, the Interceptor, it's up to Alex to stop them.