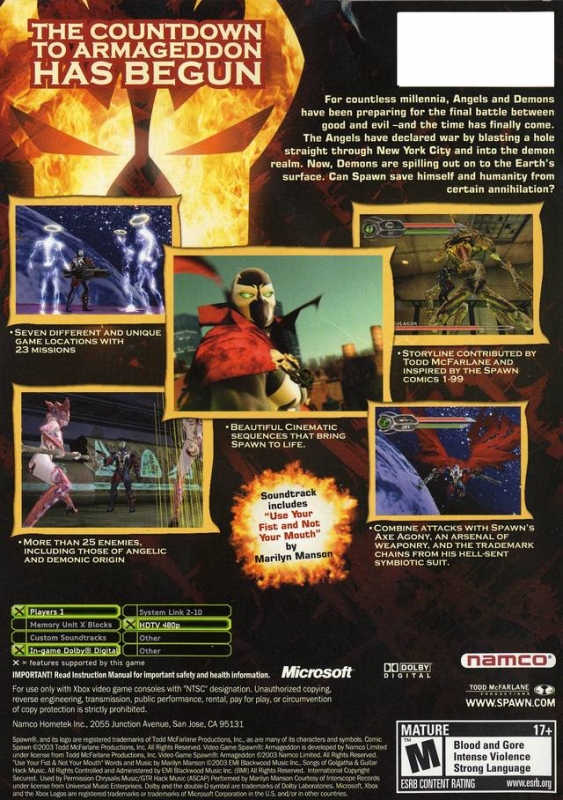 Spawn: Armageddon is a thrilling, mission-based action/adventure game that thrusts players into the role of the famous anti-hero, Spawn.

Set against the backdrop of a dark, near-future New York City environment, Spawn is caught in the battle of Good vs. Evil . The intuitive controls allow players to maneuver their way through various interactive and destructible environments which include 25 missions with over 60 sublevels, as Spawn struggles to break free of the controlling forces of Heaven and Hell. Based on the first 99 comic books in the Spawn series, Spawn: Armageddon features all of Spawn's signature abilities including his vast arsenal of weapons, Hell Powers, superhuman strength and his living, symbiotic costume.