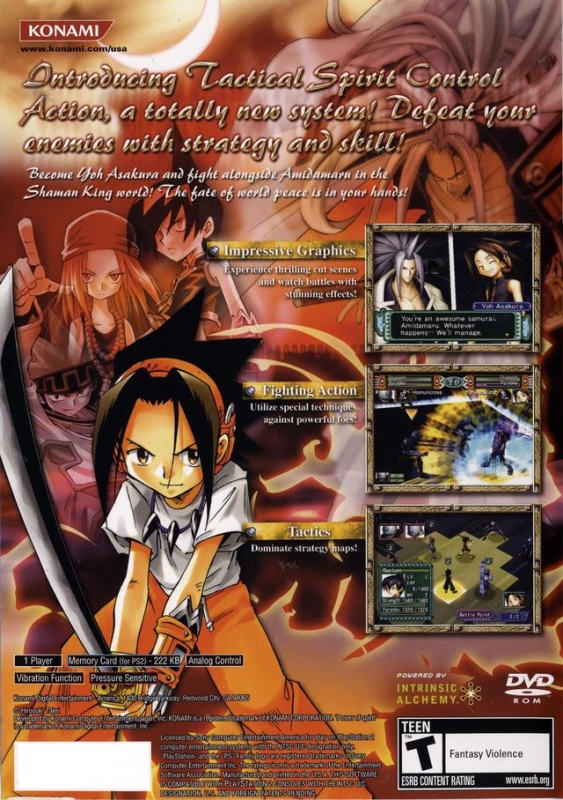 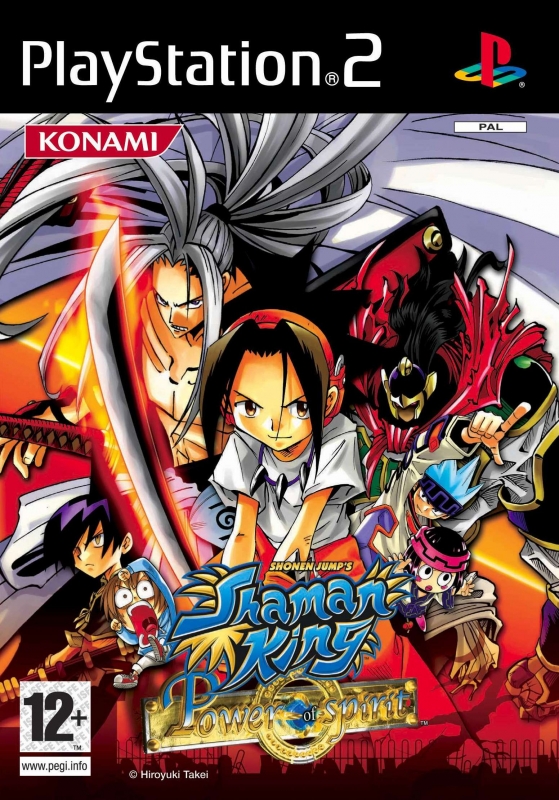 Konami introduces a video game based on the hit Shaman King TV series, which debuted on the FoxBox in 2003. Shaman King follows the story of Yoh Asakura, a junior high student with an amazing secret. Yoh is a shaman, one of the chosen few who can communicate with ghosts and spirits. Shaman King: Power of Spirit finds Yoh and his friends robbed of their shamanic powers by a mysterious force that plans to use the power to control all of Earths inhabitants. Beautiful 3D graphics are fused with in-game movies and animation to bring the original story and characters to life with a unique look and feel. Multiple fighting styles and strategies enable players to defeat enemies. Secure valuable items, experience and abilities to beat the nefarious Fourth Millennium and ultimately compete to become the next Shaman King.