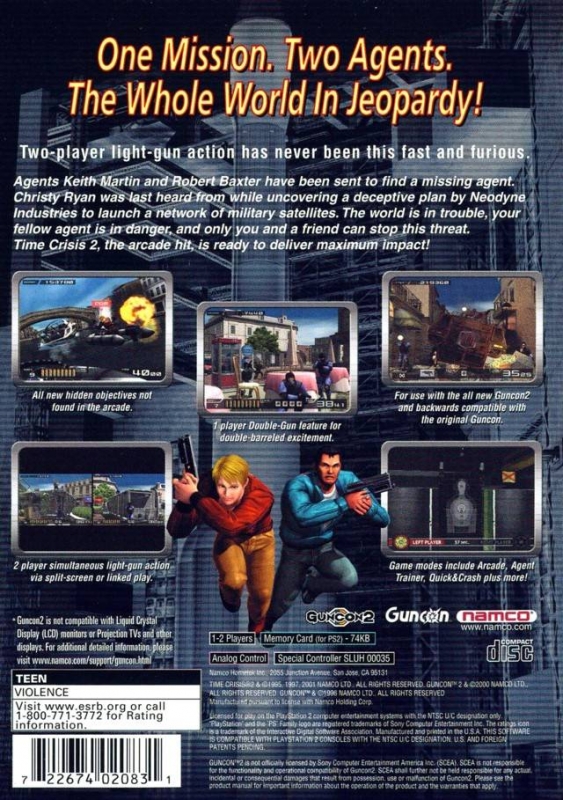 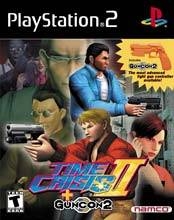 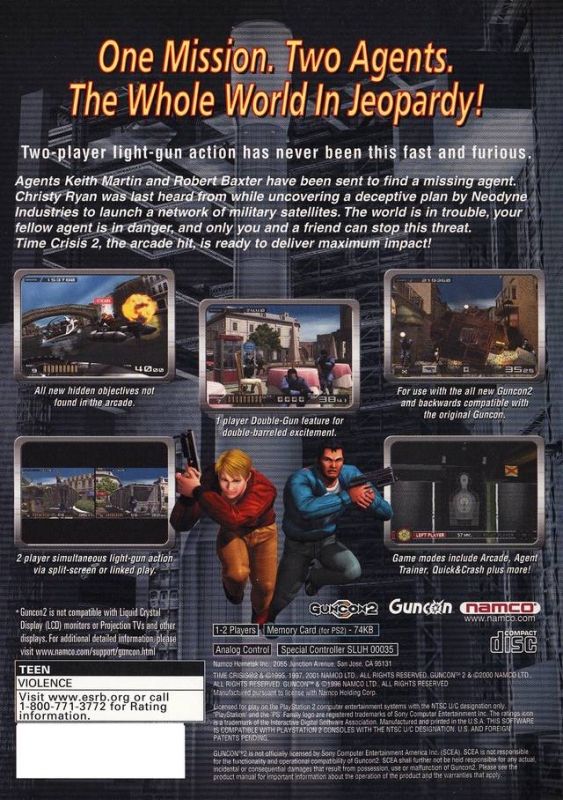 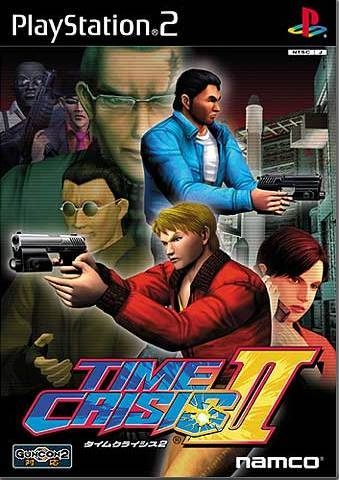 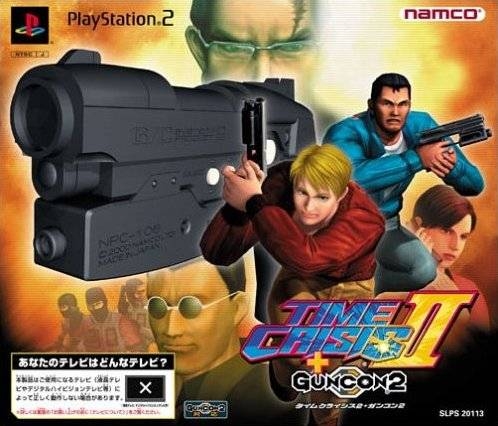 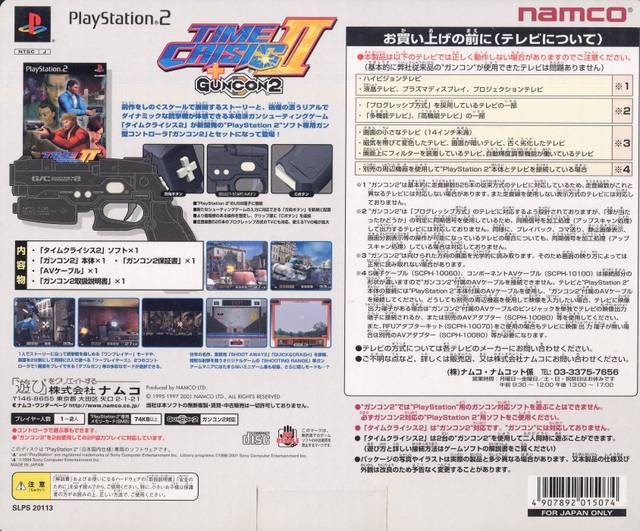 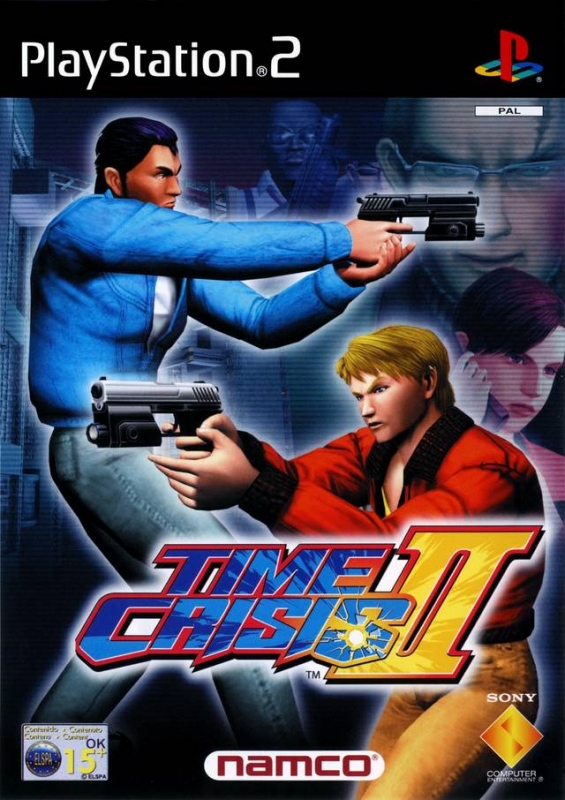 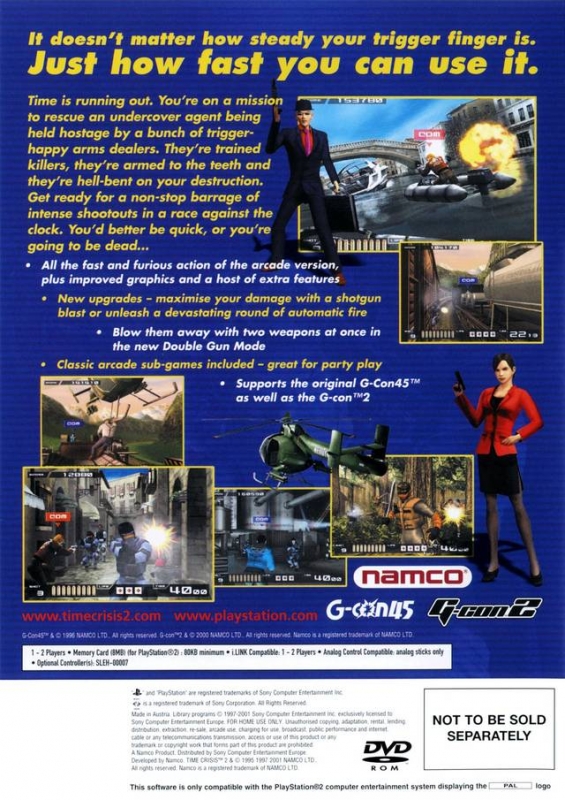 Heads up, dead-eye. There aren't many gunslingers that could take the kind of mission we're offering you, so we're hoping you and your partner take it. Neodyne Industries, the biggest satellite networking operation on the globe, has shown measures of actions beyond capitalist ventures--we believe the company to is up to something much more critical, and with its hands on the most powerful, advanced equipment around, their operation poses a threat. It's time to close up shop. Lock and load.

The bulleting action of Time Crisis fires off again with all-new action only possible with the power of the PlayStation 2 in the power-packed sequel, Time Crisis 2. With two-player marksmanship and double-fisted action, Namco brings the arcade hit home. Arm yourself with either a DUALSHOCK 2 analog controller or the GunCon or new GunCon2 gun controller, then hit the ground firing! Team up with a friend to keep the odds on your side--go in together with split-screen mode or put two PlayStation 2 systems together via iLink for incredible realism in severe crisis fire. Single gunners will face a gripping story mode and additional mini-challenges, plus--for the glutton for intensity--grab up two GunCon2 controllers and bring down double-fisted fury!