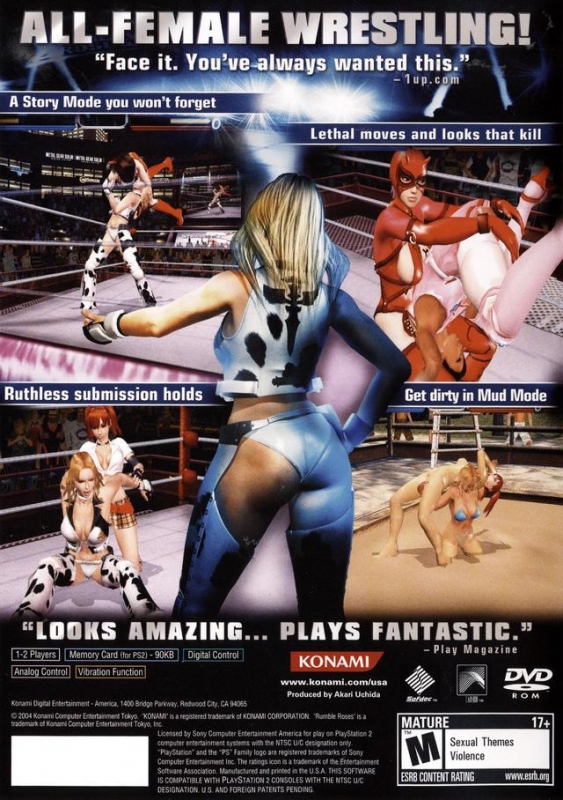 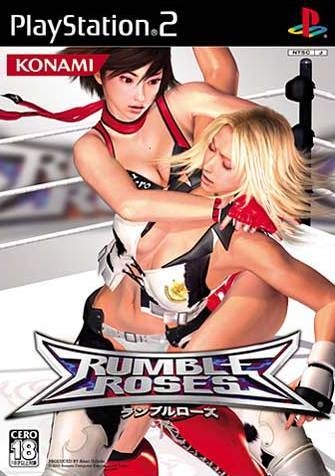 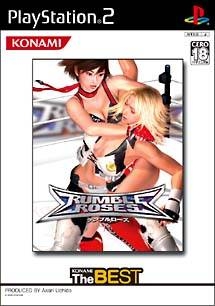 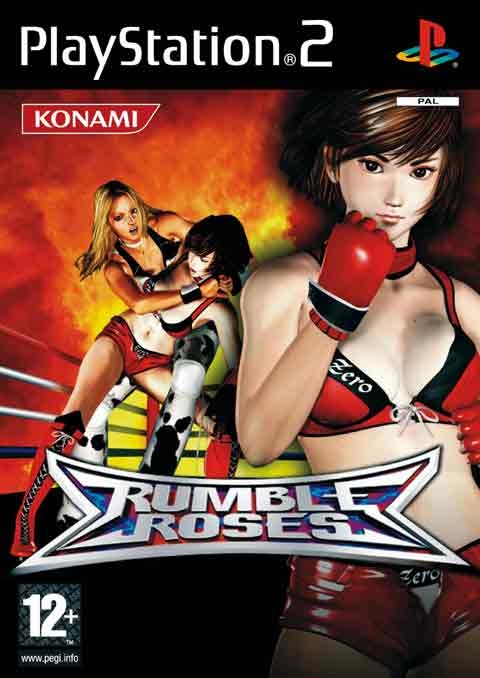 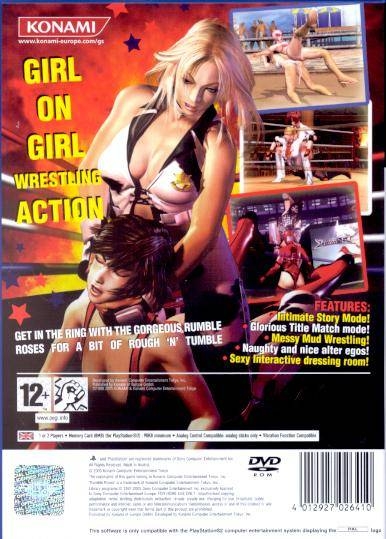 Humour, sex appeal and world-class grappling come together in one enticing package in Rumble Roses, an over-the-top, all-girl wrestling sim from Konami. Take control of some of the hottest models ever to enter the ring and pummel opponents into submission across a variety of steamy gameplay modes, including Mud Mode. Build up your grappling vixen's reputation to unlock additional skills, new moves and increasingly naughty outfits.

Pick from a roster of eleven sexy Rumble Roses, including team leaders Dixie Clemets, a country and western fan famed for her skimpy Wild West outfits, and Reiko Hinomoto, a formidable Japanese combatant with a love of dropkicks and intelligent men who wear glasses.

Featuring a range of wrestling techniques, including suplexes, kicks, and elbows, Rumble Roses allows you to create your own distinct fighting style, chaining together moves to create massive combos. You an even wind up your opponent with a wealth of insults and taunts.