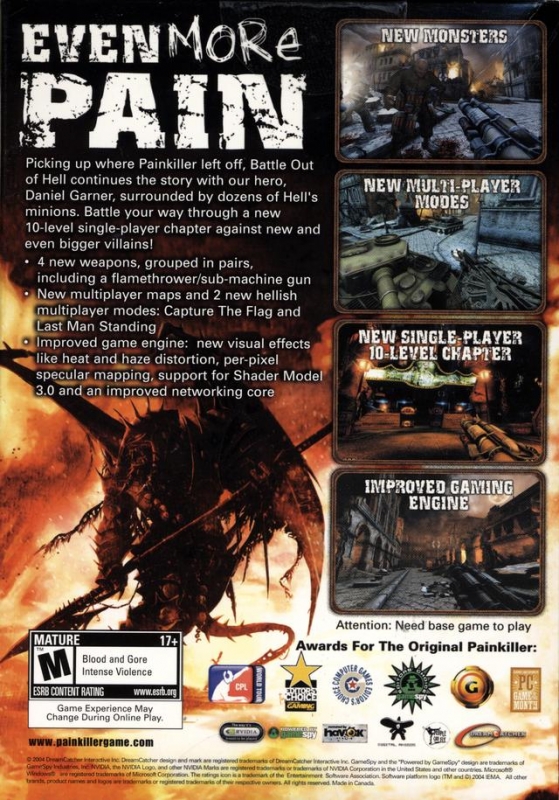 Painkiller: Battle out of Hell (PC)

The first expansion to Painkiller adds new monsters, bigger bosses, and multiplayer modes to the first-person shooter. Painkiller: Battle out of Hell picks up where the original left off, with Daniel Garner surrounded by Hell's minions. Although Lucifer has been defeated, you must still fight your way out of Hell with your powerful arsenal, which now includes four new weapons. The single-player campaign features 10 new levels, while the multiplayer portion features new maps and two new modes. The add-on also provides editing and modding tools to create your own multiplayer maps.