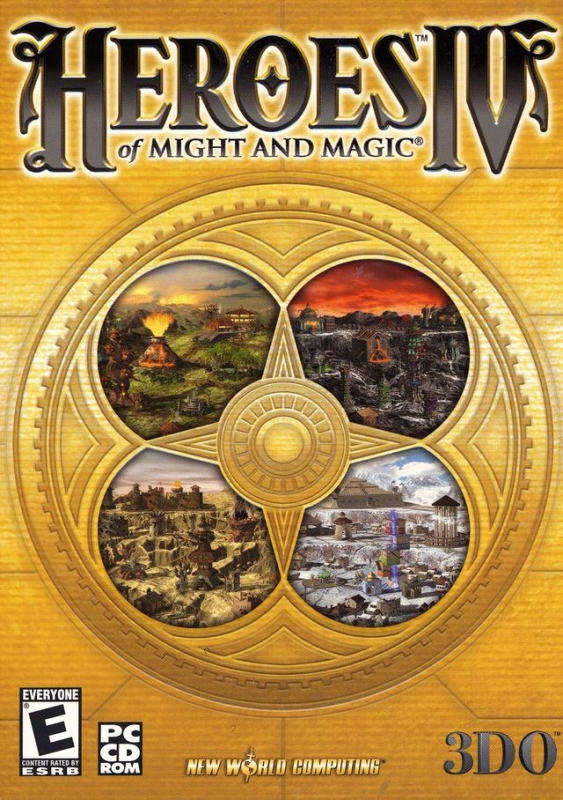 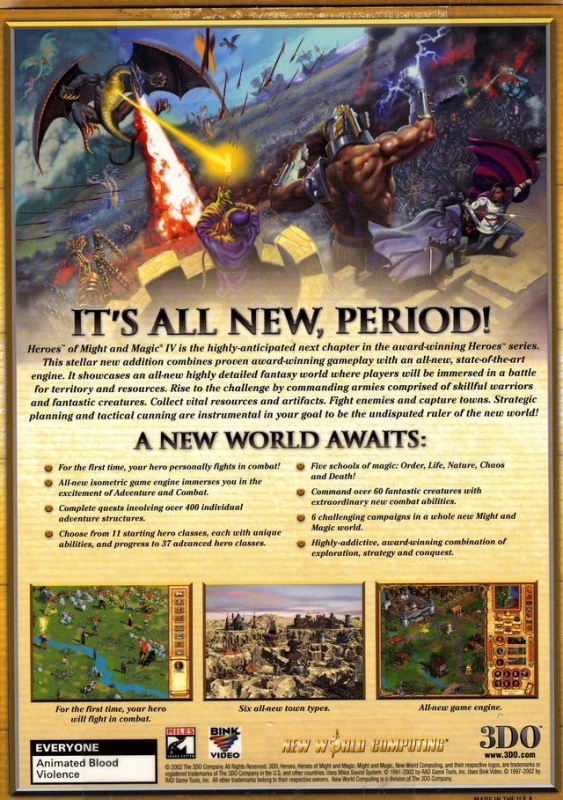 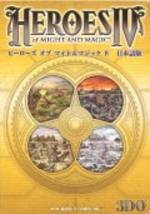 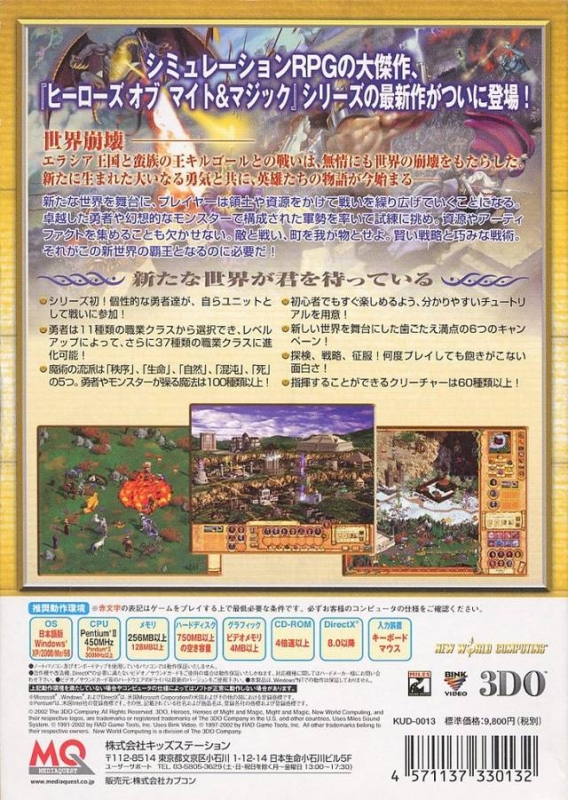 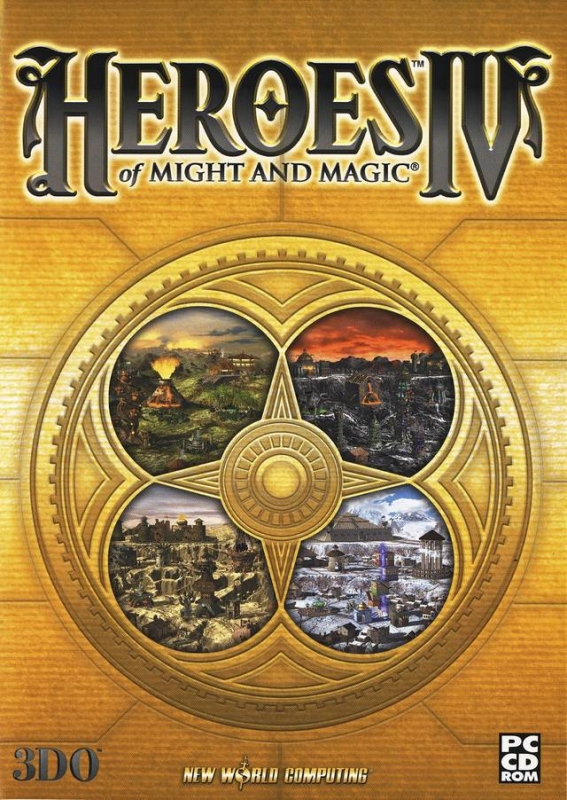 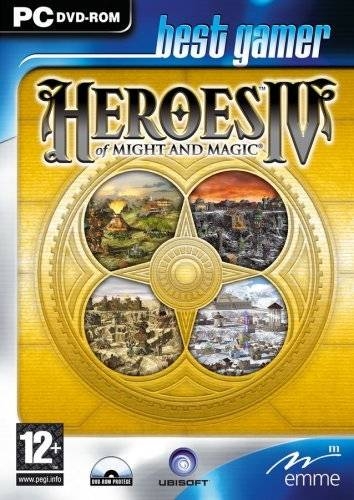 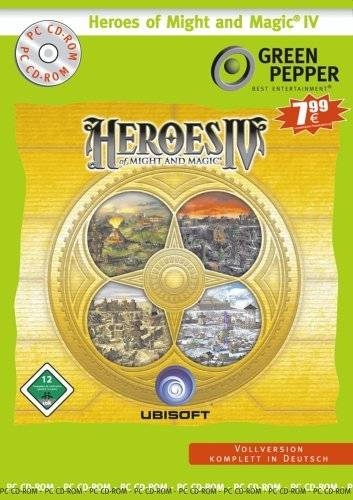 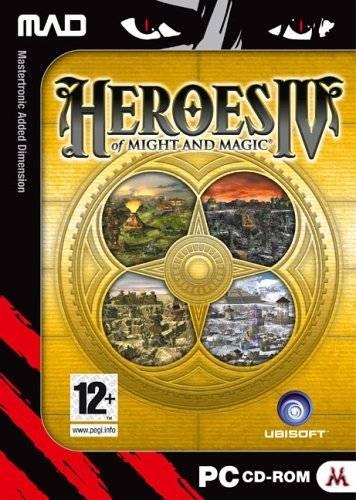 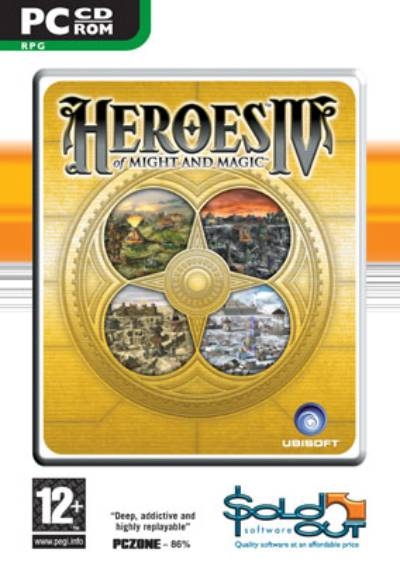 Heroes of Might and Magic IV is the highly anticipated next chapter in the award-winning Heroes of Might & Magic series. This stellar new addition to the Heroes line combines the proven award-winning gameplay with an all-new state-of-the-art engine. Heroes IV showcases an all new highly detailed fantasy world where players will be immersed in a battle for territory and resources. Rise to the challenge by commanding armies comprised of skillful heroes and fantastic creatures, collect vital resources, artifacts, and fight enemies and capture towns. Strategic planning and tactical cunning are instrumental in your goal to be undisputed ruler of the new world.

Official fact sheet from 3DO.