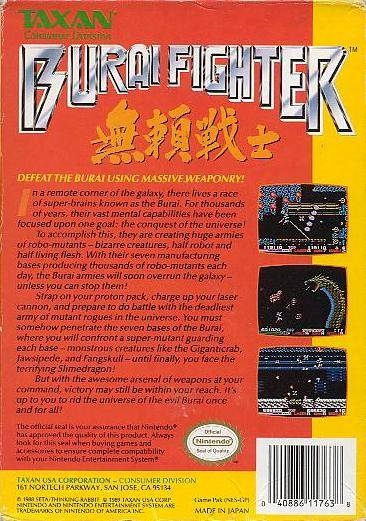 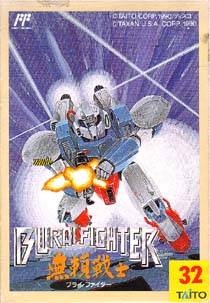 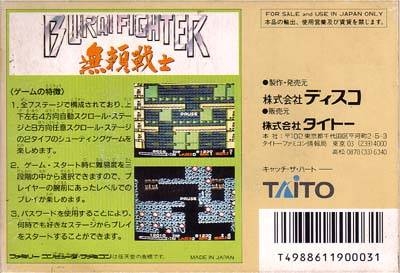 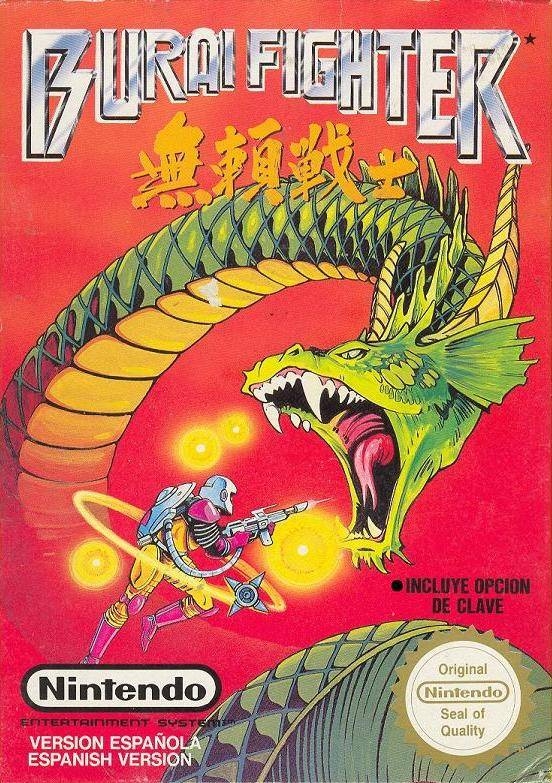 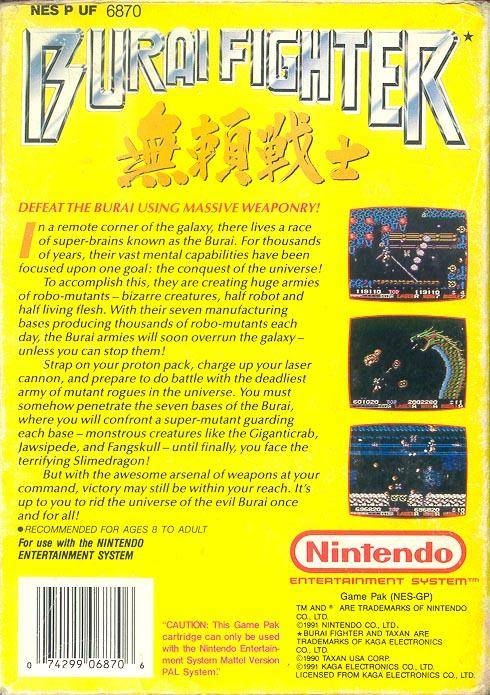 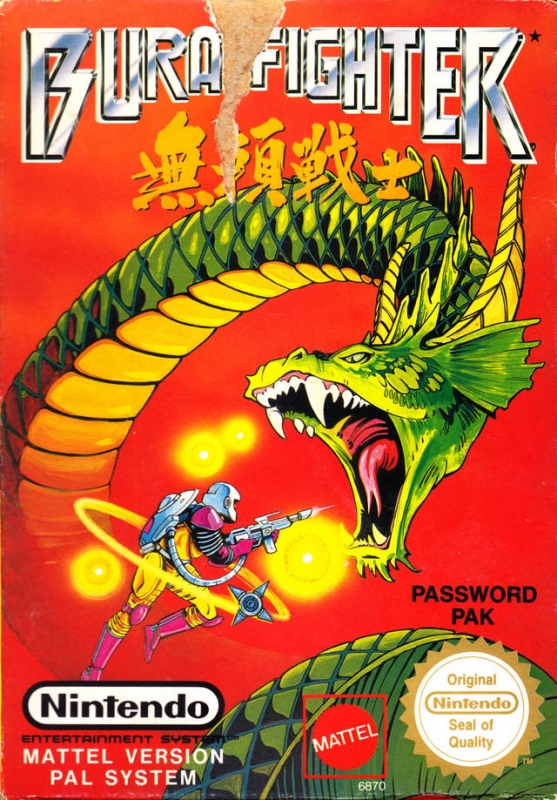 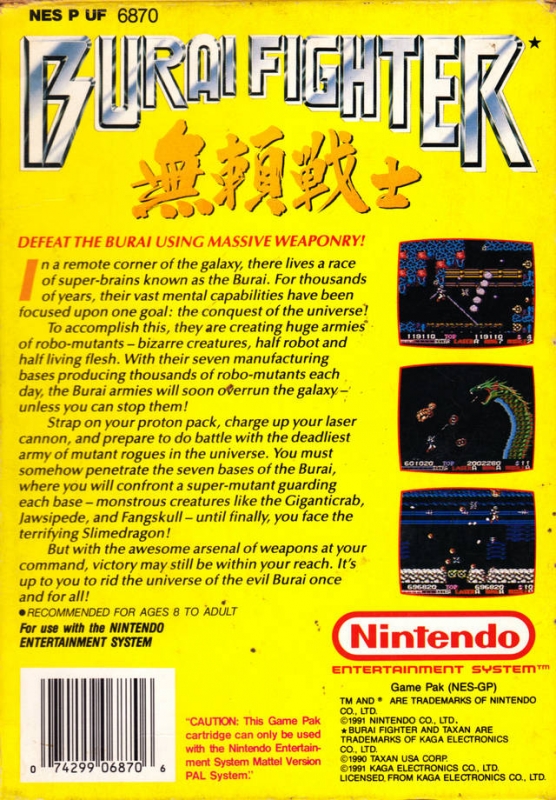 In a remote corner of the galaxy, there lives a race of super-brains known as the Burai. For thousands of years, their vast mental capabilities have been focused upon one goal: the conquest of the universe! To accomplish this, they are creating huge armies of robo-mutants - bizarre creatures, half robot and half living flesh. With their seven manufacturing bases producing thousands of robo-mutants each day, the Burai armies will soon overrun the galaxy - unless you can stop them! Strap on your proton pack, charge up your laser cannon, and prepare to do battle with the deadliest army of mutant rogues in the universe. You must somehow penetrate the seven bases of the Burai, where you will confront a super-mutant guarding each base - monstrous creatures like the Giganticrab, Jawsipede, and Fangskull - until finally, you face the terrifying Slimedragon! But with the awesome arsenal of weapons at your command, victory may still be within your reach. It's up to you to rid the universe of the evil Burai once and for all!
Source: Game Box