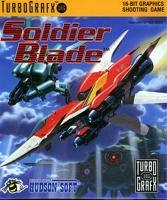 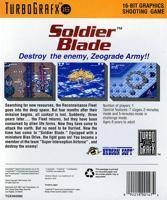 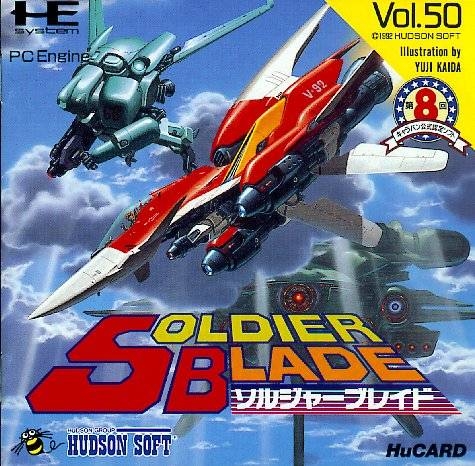 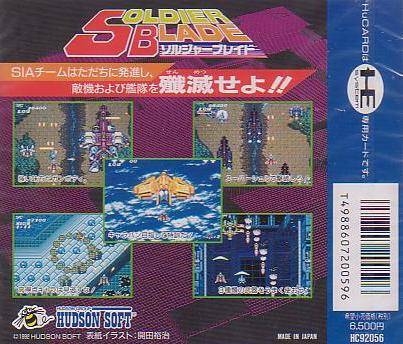 Continuing the tradition of the Star Soldier family, Soldier Blade landed on the Turbografx-16 in 1992.  Soldier Blade was another successful SHMUP (SHoot-eM-UP), coming 2 years after Super Star Soldier in the US, but only a year after Final Soldier in Japan (the game unfortunately never made it to the US).  Now you can take on the classic challenge on your Wii™ Virtual Console™!

Back in the day, Hudson used to hold a hugely popular gaming tournament in Japan called the "Hudson All-Japan Caravan Festival."  Soldier Blade was the last, but by far not the least, game used for the caravan.  Of course, all the elite gamers could beat the game, so in order to see who was the best, Hudson created 2- and 5-minute challenges, in which a player would have to score as many points as possible.  In fact, Soldier Blade features those challenge modes (hit select on the title screen to get to it) so you can see how you stack up.

This time around, you have a robot buddy who serves as an additional weapons platform.  The weapon upgrade system is also improved (depending on your personal tastes) over past versions.  In Soldier Blade, you have 3 weapon slots, for which you can pick up 3 colored pods (red=machine gun, blue=laser, green=spread).  Your weapon upgrades based on how many pods of one color you have.  Furthermore, instead of just picking up one color to determine your weapon type, you can pick up, for example, 2 reds and 1 green.  If your 3 slots are full, you can detonate one pod as a super weapon, then pick up a replacement.  Check out Soldier Blade on the Wii™ Virtual Console™ and see what made this SHMUP worthy of that legendary Hudson tournament.