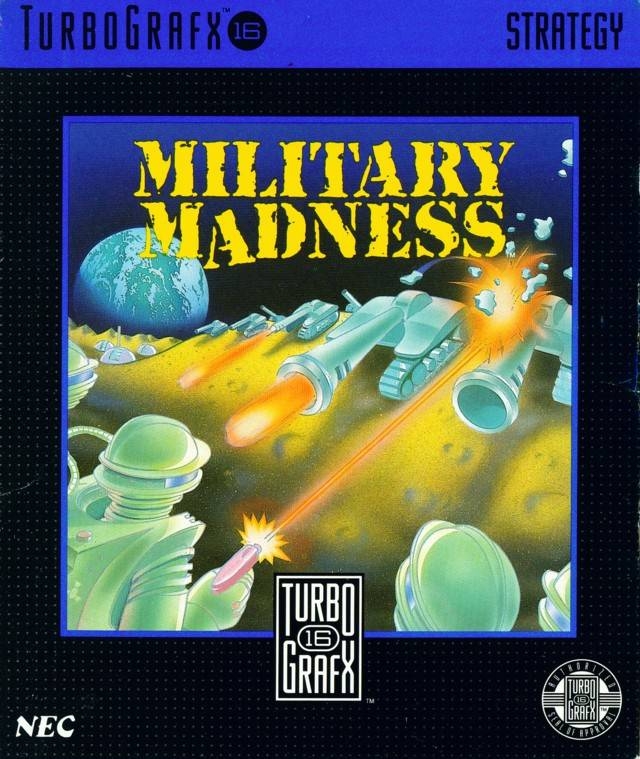 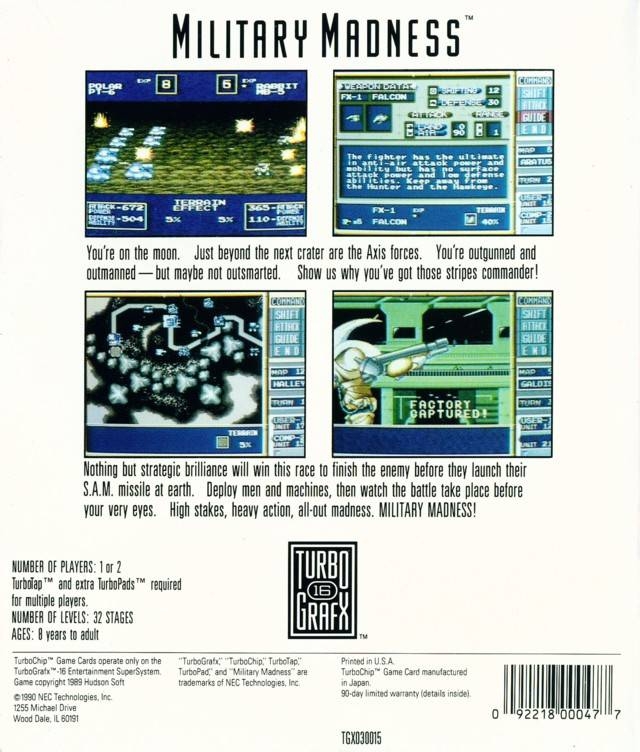 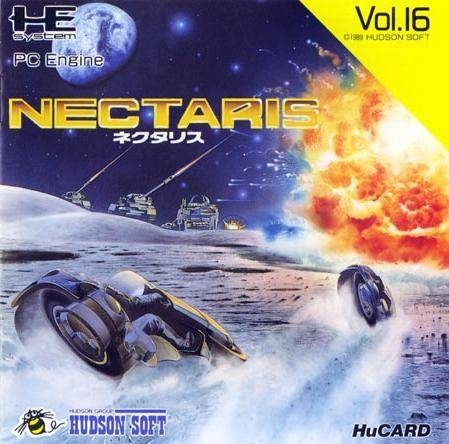 . The 21st Century...The Earth has become all too small for man's insatiable needs. However, the moon has offered vast resources for Earth's greatest countries.

If you've ever played any games in the Advance Wars or Heroes of Might & Magic series, you know how fun a turn-based strategy game can be. What you might not know is that the grandpappy of them all, Military Madness, is now available for the Nintendo Wii™ Virtual Console™! As soon as you start up the first map, titled "Revolt", you'll know that you're in for a challenge as well as a whole bunch of fun.

Not familiar with Military Madness? No problem; let us fill you in. The game takes place in a future where two military alliances battle for control of the Moon and ultimately, the fate of Earth itself. In the late 21st century, Earth is running out of space and resources, so humans start using the Moon. Your side, the Allied Powers, is attacked by the Axis Powers (no relation to WWII) and many Allied soldiers are taken prisoner. The Allies fight back in order to rescue their captured comrades and to stop the evil Axis from launching their S.A.M. (aka Super Atomic Missile) to destroy Earth.

Your job as a military commander is to free prisoners so that your side can get more manpower to help win the war. You do this from a top-down perspective, looking down on a map of each level laid out in hexes, or six-sided spaces, on which units move around (if you can't picture hexes think of the cover of an old-school soccer ball laid out flat, or just check out one of the screenshots).

The fun (and challenge) of the game comes from trying to figure out the best way to fight and defeat your enemies on each map. You need to determine how each unit's attack and defense (along with terrain, support, and surrounding modifiers, which affect your attack and defense) stack up compared to your enemies' stats. When you engage in battle, the screen zooms into the action so you can see the individual units fight it out.

Your military has eight types of units: tanks, artillery, troops, transports, defense, moon buggies, spacecraft, and anti-spacecraft. In all, there are 23 different units! They range from the lowly "Charlie" infantry unit that can move three spaces with an attack of 10 and a defense of four to the mighty "Giant" tank that can only move two spaces, but has a whopping 90 attack and 80 defense.

The game's interface is intuitive, and once you pick up and play the game, you'll find yourself saying: "Just one more turn. Just one more turn!" There's a great in-game manual that you can read before you start playing. Also, when you're in the game, you can check out information about the different units so you can figure out their strengths and weaknesses. If you ever have to stop playing, the next time you start up the game you can enter the map name as a code and you'll start on the same mission you last played. Even better, the Wii™ Virtual Console™ lets you freeze the game at any point, so you can come back later and pick up right where you left off! Once you've mastered solo play, challenge a friend in the 2-player vs. mode. The game's war starts on April 26, 2089. That's only 82 years from now. Start playing Military Madness now so you're ready when the real thing happens!