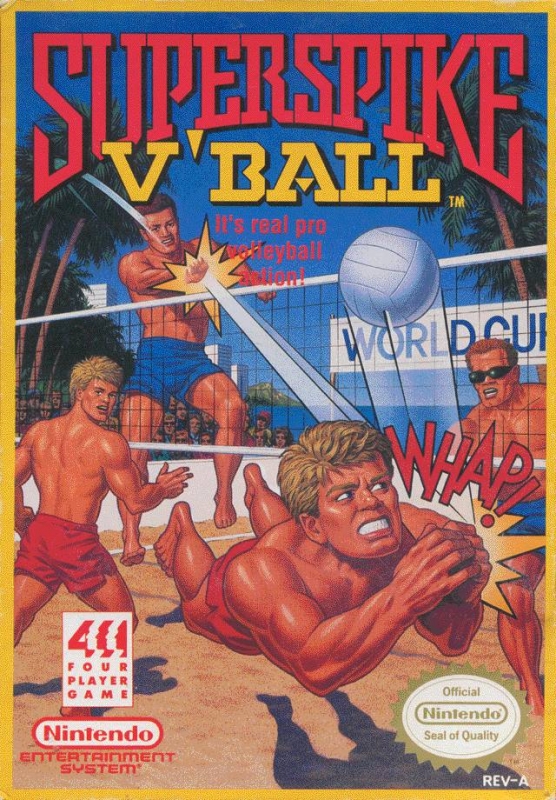 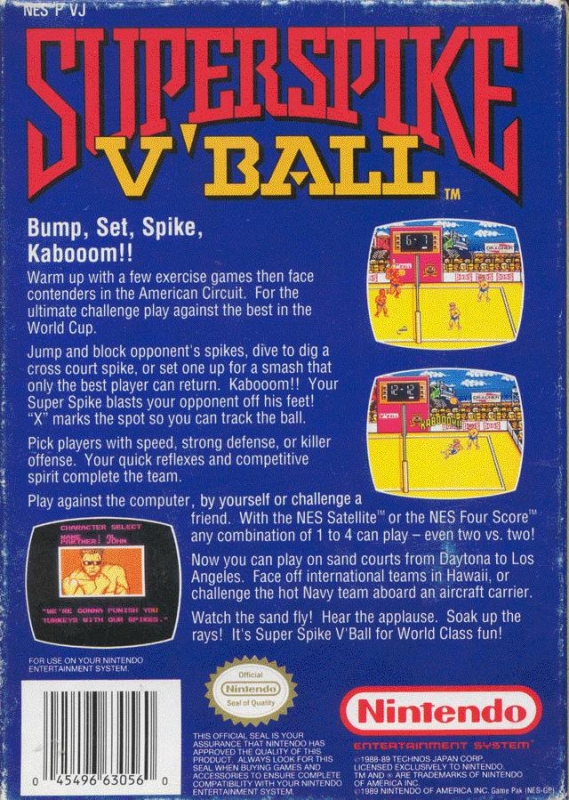 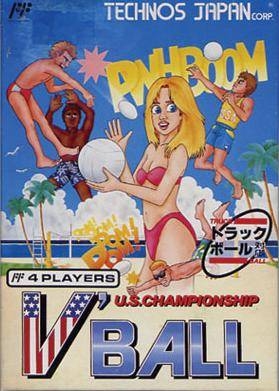 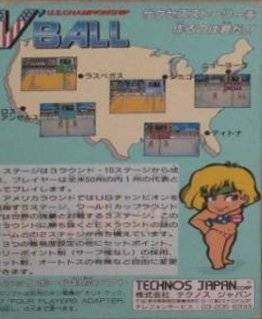 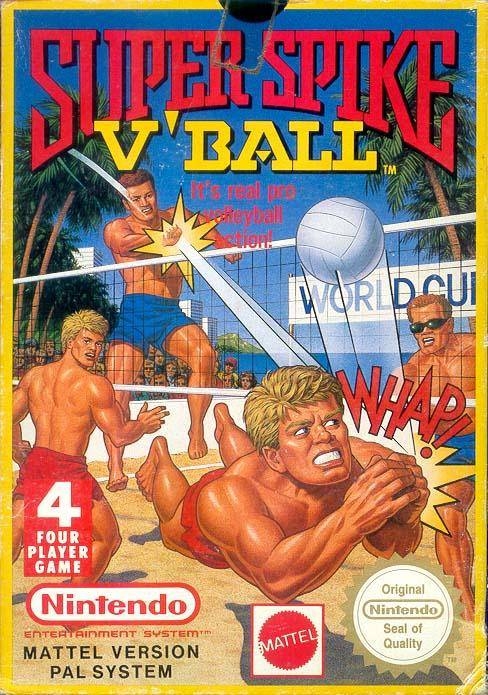 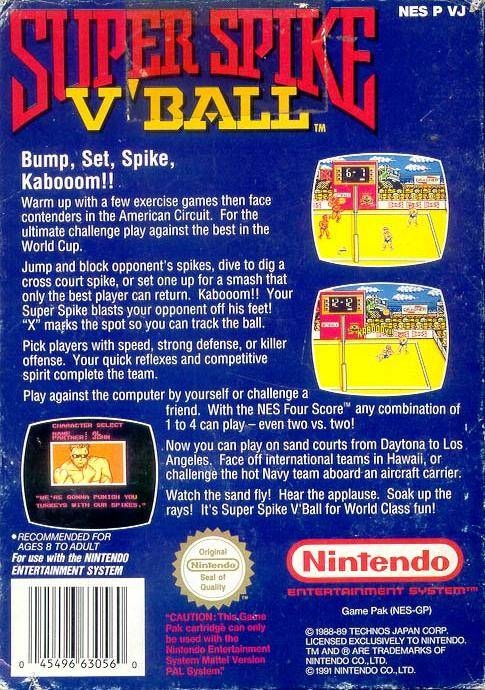 Warm up with a few exercise games then face contenders in the American Circuit. For the ultimate challenge play against the best in the World Cup. Jump and block opponent's spikes, dive to dig a cross court spike, or set one up for a smash that only the best player can return. Kabooom! Your Super Spike blasts your opponent off his feet! "X" marks the spot so you can track the ball. Pick players with speed, strong defense, or killer offense. Your quick reflexes and competitive spirit complete the team. Play against the computer, by yourself or challenge a friend. With the NES Satellite or the NES Four Score any combination of one to four can play - even two vs. two! Now you can play on sand courts from Daytona to Los Angeles. Face off international teams in Hawaii or challenge the hot Navy team aboard an aircraft carrier. Watch the sand fly! Hear the applause. Soak up the rays! It's Super Spike V'Ball for World Class fun!