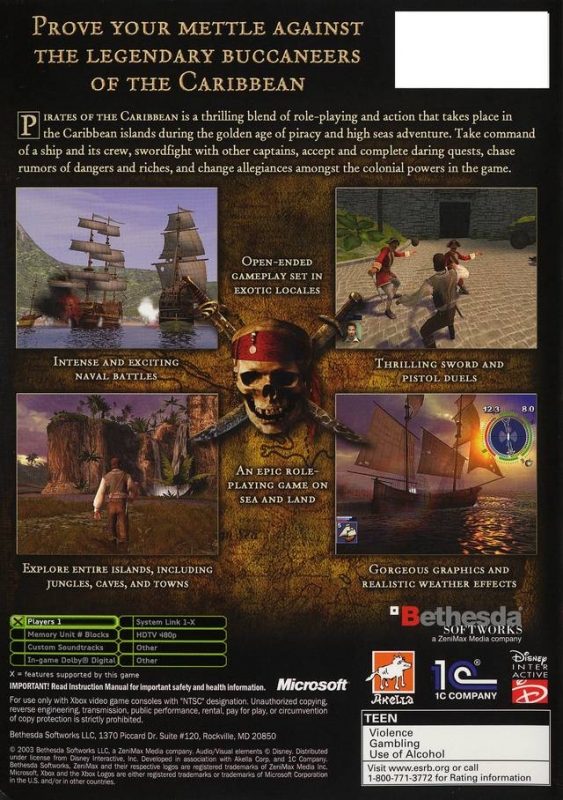 Pirates of the Caribbean (XB)

In 'Pirates Of The Caribbean', you assume the role of a freelance captain who becomes caught in a struggle for power in the 17th century.
You witness French forces invading an English island. Sailing away to avoid harm, you set course for a nearby English colony to inform the English governor of the bad news.
Upon reaching the island, the English governor decides to enlist you to infiltrate the captured island as a spy for the English to see what you can discover about the French invasion force and their future plans.
Thus begins your adventure...