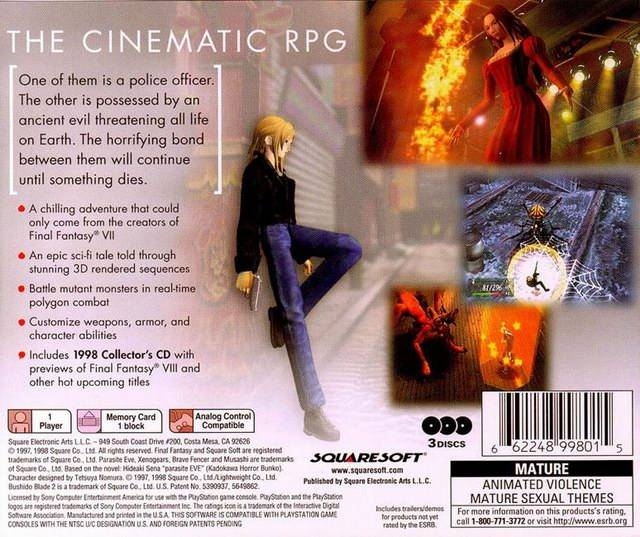 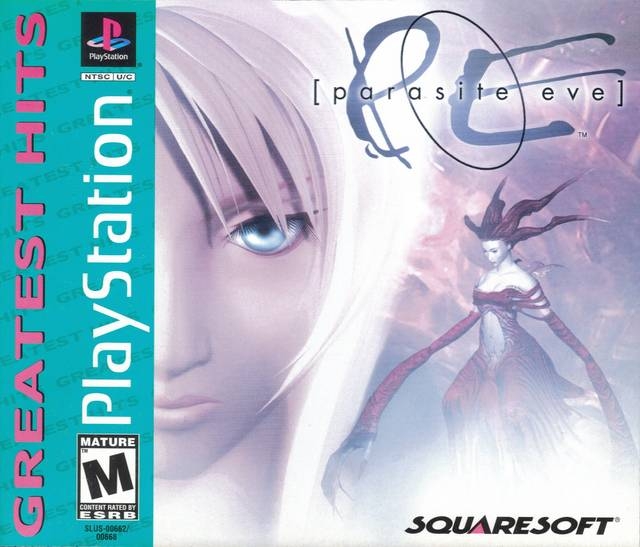 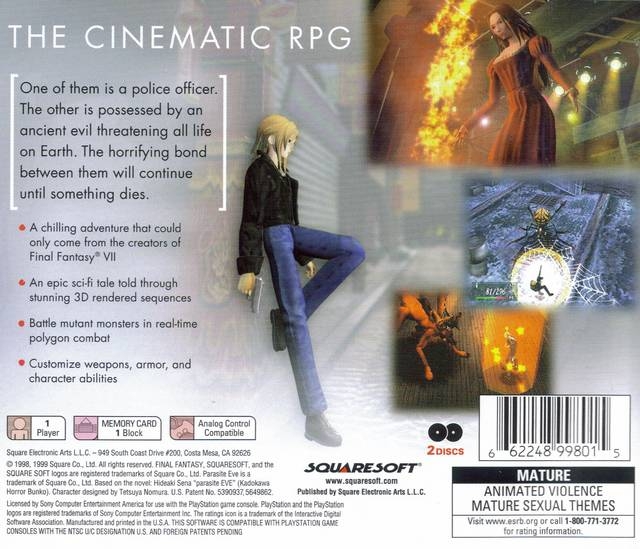 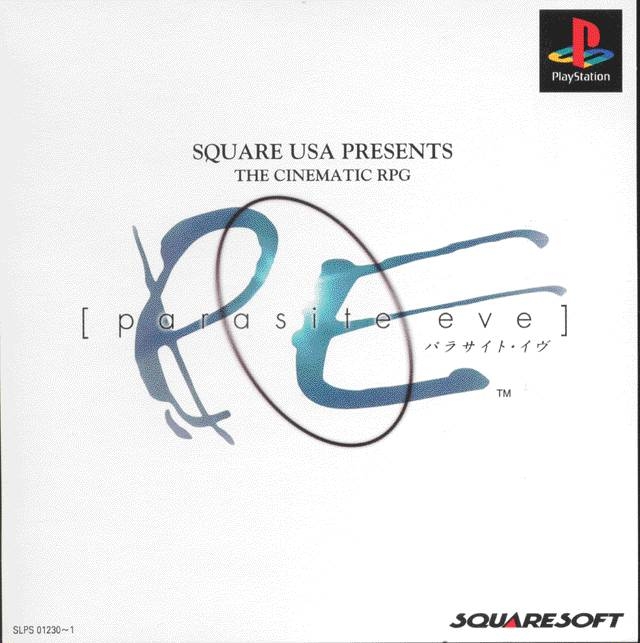 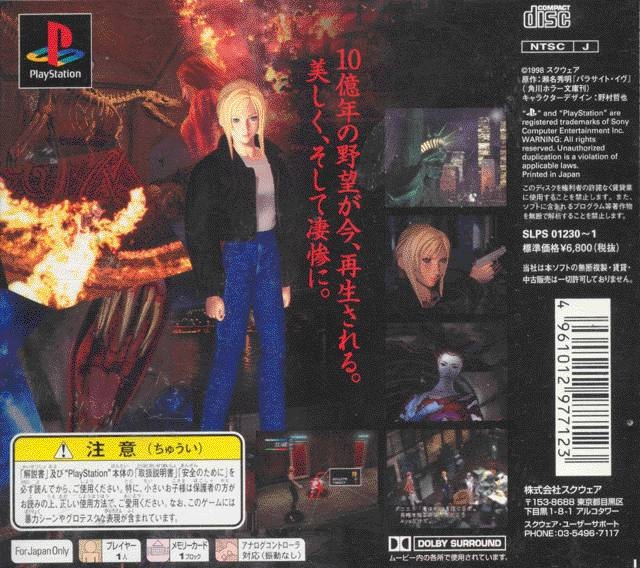 Parasite Eve is a genre melding game developed and published by Squaresoft. Based on the novel series of the same name from Japanese author Hideaki Sena, Parasite Eve follows a series of strange events as viewed by heroine Aya Brea that take place over seven days beginning Christmas Eve 1997. The game has been renown for it's merging of the survival horror and role-playing genres, taking elements seen in other Squaresoft (like item & equipment management, a rpg driven character development system, and ATB driven combat) titles as well as concepts and storytelling elements from games like Resident Evil.