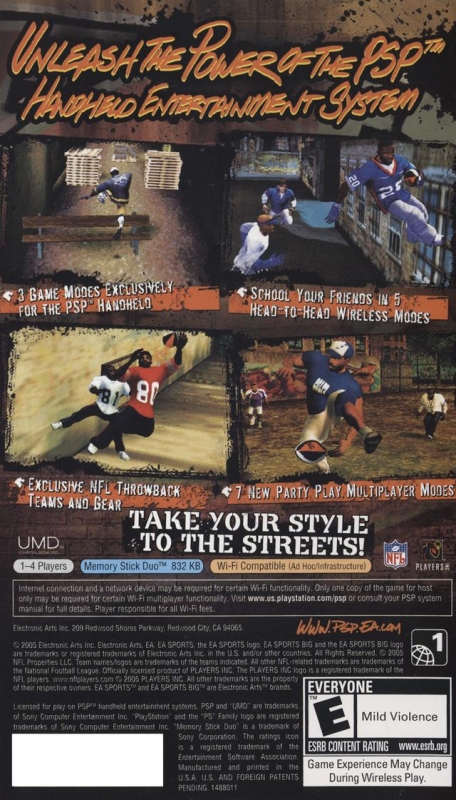 Take Your Style to the Streets on the PSP® system

Defy gravity and stretch the world of arcade football to the skies with NFL STREET 2: Unleashed. NFL players are free from their real-world constraints to dominate the streets one stylin’ move and one ﬁeld at a time. Raise your game to the limits with up-the-wall passes, off-the-wall catches, and highlight-reel wall jukes that are sure to solidify your place as football’s greatest urban legend. With exclusive content like three new STREET Events, head-to-head wireless gameplay, and Throwback All-Star Teams with some of the greatest NFL stars playing both sides of the ball, the time to own the streets is NOW.