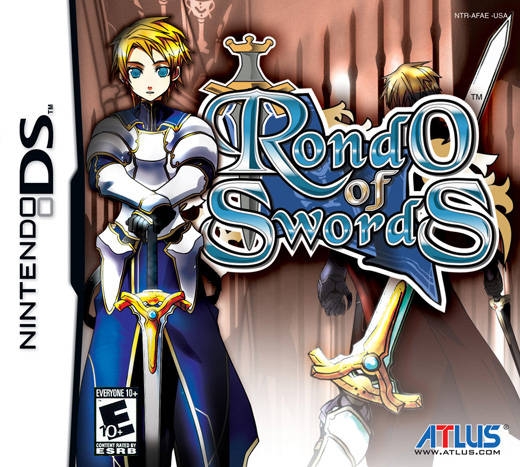 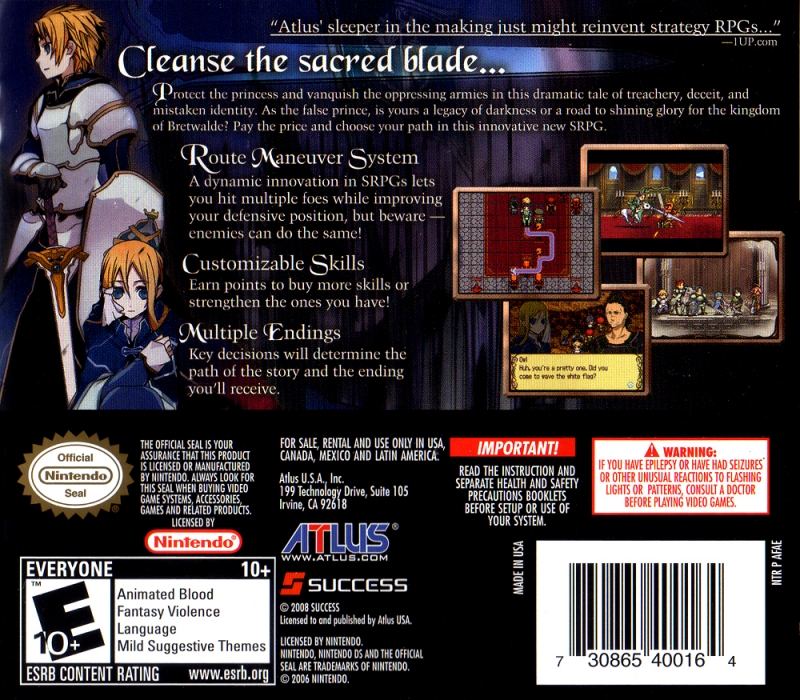 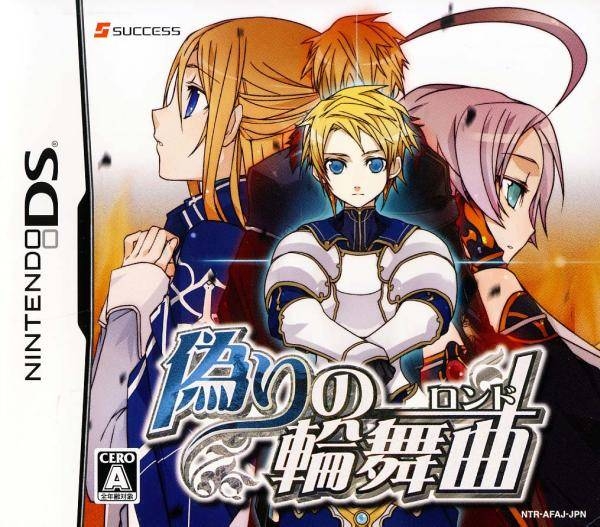 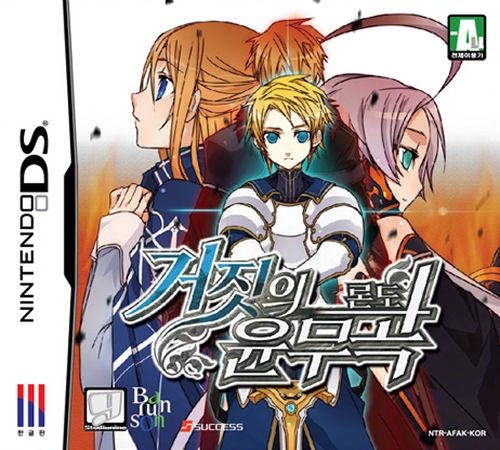 Rondo of Swords (US sales) (DS)

Protect the princess and vanquish the oppressing armies in this dramatic tale of treachery, deceit, and mistaken identity. As the false prince, is yours a legacy of darkness or a road to shining glory for the kingdom of Bretwalde? Pay the price and choose your path in this innovative new SRPG.

Rondo of Swords is a strategy RPG that's divided into several parts: Story, where the characters converse; Battle, which uses a unique combat system; and Preparation, which allows you to develop your characters, form your party, and so on.

As the game progresses, the player will gather new allies and move the story forward. Depending on your actions and the characters you use in battle, the story can change, resulting in four possible endings.

In this game, the player army and enemy army take turns fighting. One turn consists of the Player Phase, followed by the Enemy Phase. Some chapters will also have a Visitor Phase where guest characters will act in between the Player and Enemy phases.

- From Atlus and game back cover