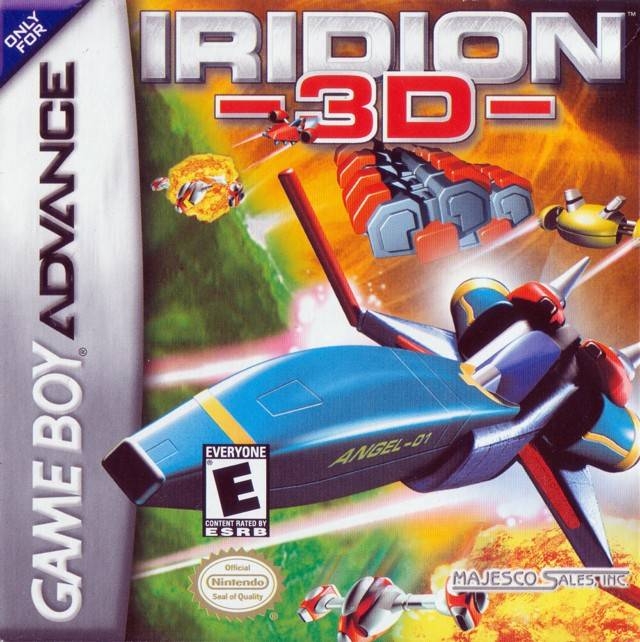 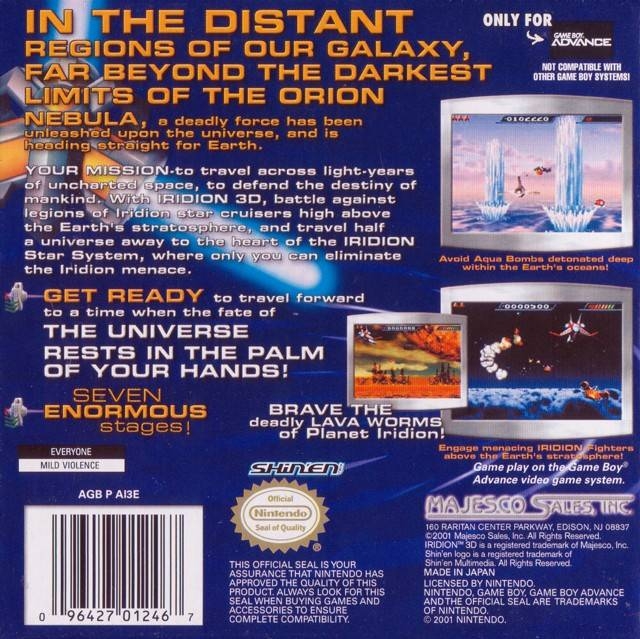 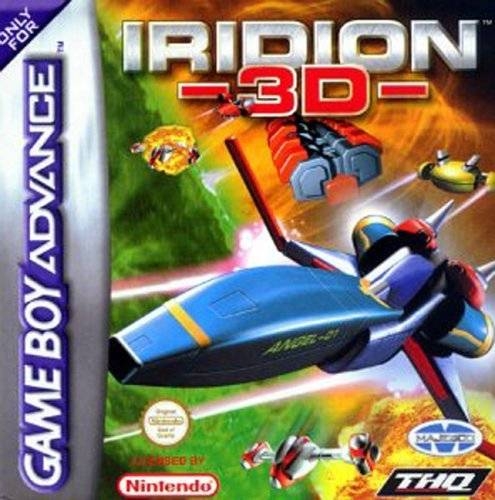 Iridion is a fast paced 3d-action game. It pushes the Game Boy Advance graphics hardware to its limits.

Back from outer space you realize that something´s terribly wrong with the blue planet. Like being mesmerized your mind accepts that your home was took over by the evil Iridion empire, the longtime threat of mankind.

For the last time you check-up the instruments of your SHN fighter and prepare yourself for the last, final and only chance for a planet called EARTH.

Experience many exciting different locations, ranging from Planet Earth to the alien Homeplanet Iridion Prime. During your mission you encounter vicious mega-robots and bio-mechanic worms.