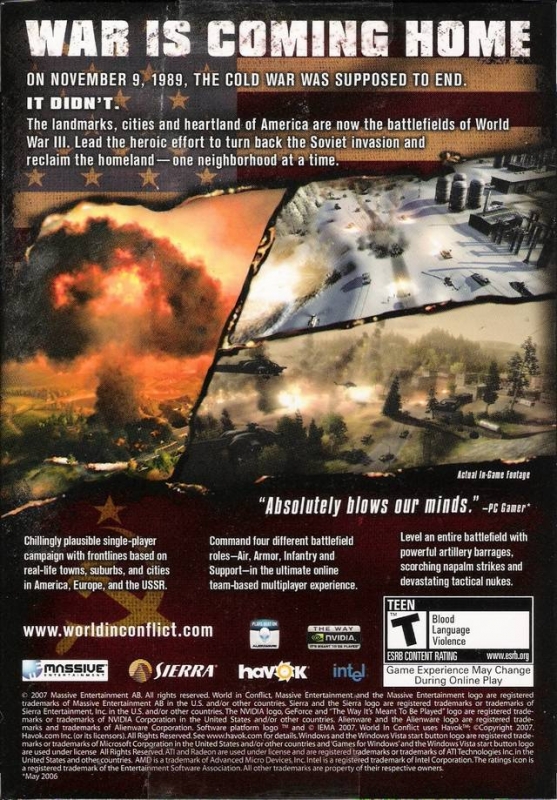 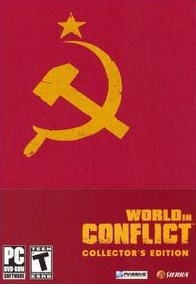 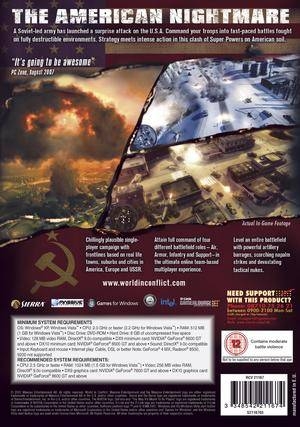 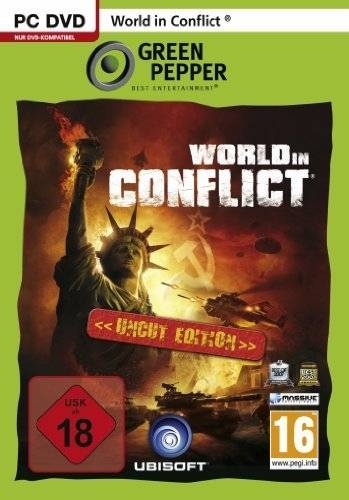 Defend the free world in World in Conflict™, a bold reinvention of the strategy genre coming to the PC in 2007.

West Germany, 1989. To avoid certain collapse, the Soviet army boldly advances into Europe. NATO responds only to be met on a second front -- a diversionary attack on the American homeland. You are a field commander, leading the era’s most powerful military machines in the campaign to retake America’s cities and suburbs.

World in Conflict is under development by the leading creative and technical minds at Massive Entertainment, creators of the innovative and award-winning Ground Control® series.