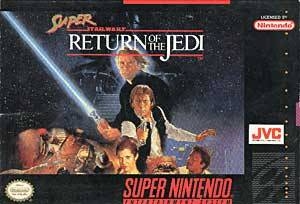 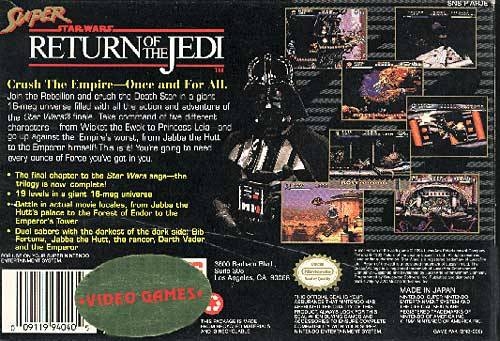 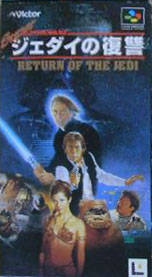 Loosely following the storyline of the movie, Star Wars: Return of the Jedi, Super Star Wars: Return of the Jedi has you playing as the same characters, with the same enemies, in the areas. Taking on the roles of Luke, Han, Chewbacca, Leia, and an ewok, you must go through the steps to boarding the Deathstar and defeating the evil Lord Vader and the Emperor, ultimately destroying the Death Star and saving the universe!