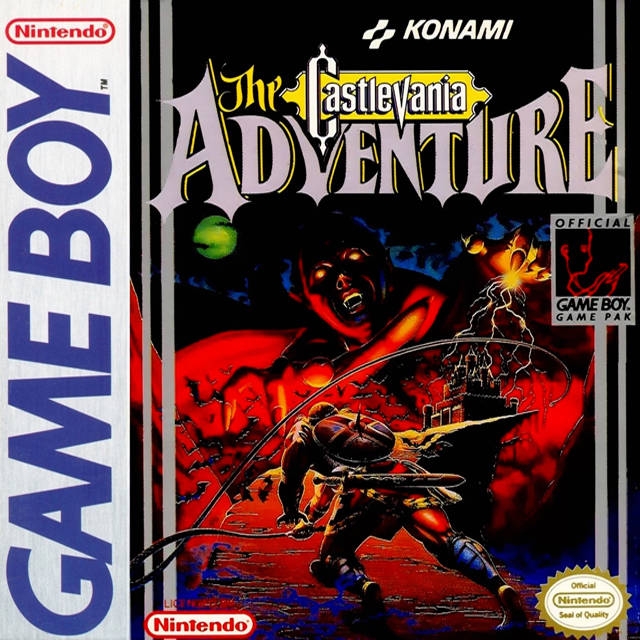 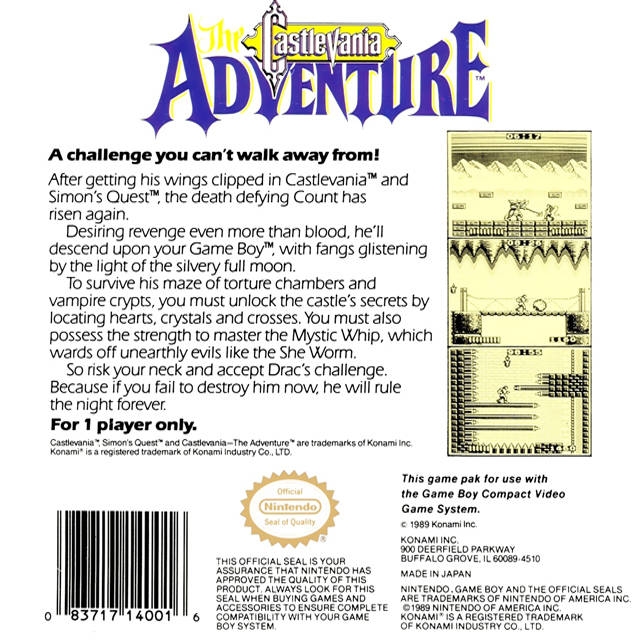 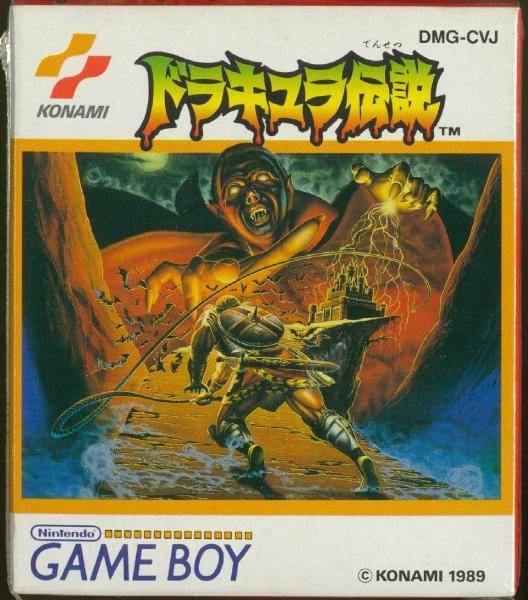 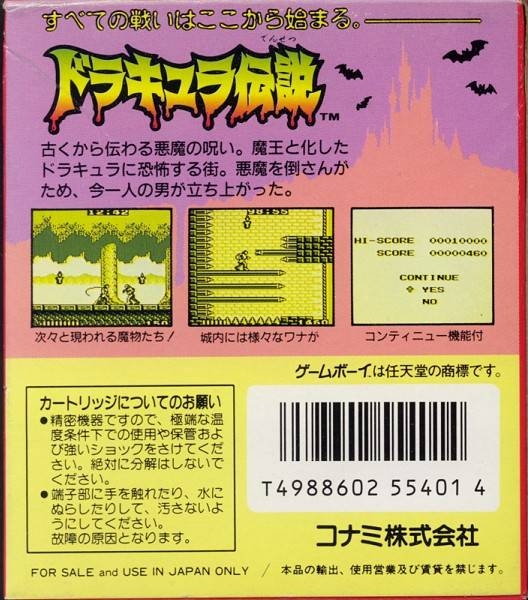 After getting his wings clipped in Castlevania and Simon's Quest, the death defying Count has risen again. Desiring revenge even more than blood, he'll descend upon your Game Boy, with fangs glistening by the light of the silvery full moon. To survive his maze of torture chambers and vampire crypts, you must unlock the castle's secrets by locating hearts, crystals and crosses. You must also possess the strength to master the Mystic Whip, which wards off unearthly evils like the She Worm. So risk your neck and accept Drac's challenge. Because if you fail to destroy him now, he will rule the night forever.