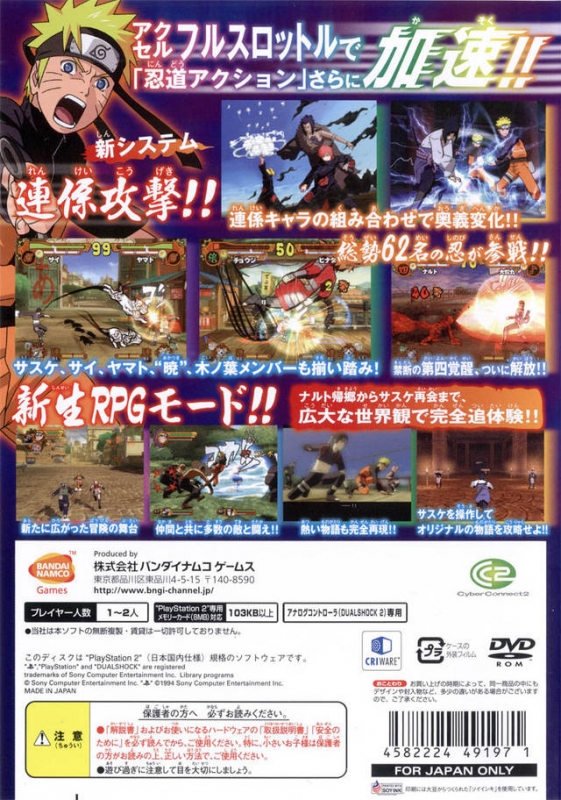 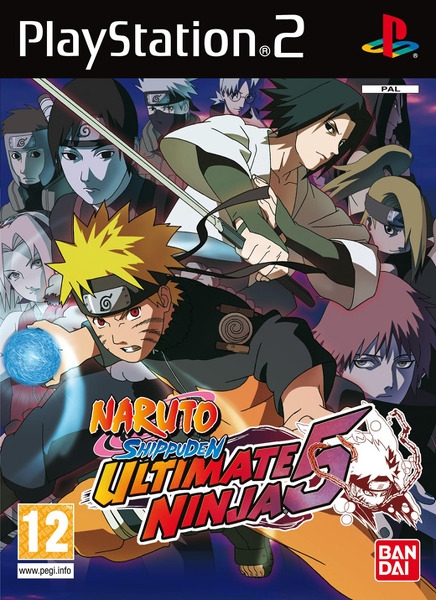 The fifth instalment of the perennially successful PS®2 series, and the second based on the NARUTO SHIPPUDEN anime, NARUTO Shippuden: Ultimate Ninja 5 takes the player on a heart-pounding adventure from the point of Naruto’s return to Konoha to end of the second Sasuke Rescue Arc. Our hero will find himself once again taking on an ever more devious and powerful succession of enemies, relying on his faithful friends and incredible ninja skills to win the day.

Players who follow the story in Master mode will find the familiar gameplay has been greatly enhanced with new fighting styles for Naruto, brand new 3-man cell gameplay making full use of special abilities, and the ability to boost character stats for the first time as well as add equipment and upgrade Jutsus.

In addition, the all-new fighting system lets players select a partner to join them in battle increasing the chances of victory. Selecting the right partner will give players the chance for special team-based Jutsus and Ougis adding more tactical decisions to the gameplay. And players looking for a change from playing Naruto can even jump in the shoes of other characters to try out the fighting styles of our hero’s equally deadly companions.

With a versus mode containing over 60 playable characters and 24 battle stages, NARUTO Shippuden: Ultimate Ninja 5 boasts the largest content of all the games in the series so far. Players will be able to select from amongst their favourite characters and do battle either against the AI or take on a friend in punishing one-on-one ninja combat.

Developed by CyberConnect2, NARUTO Shippuden: Ultimate Ninja 5 features the original Japanese audio with localisation in five languages, an in-game shop and countless collectibles on top of all the gameplay and content enhancements, giving fans more ninja action than mere mortal man could ever hope for, coming to PlayStation 2 this November 2009.