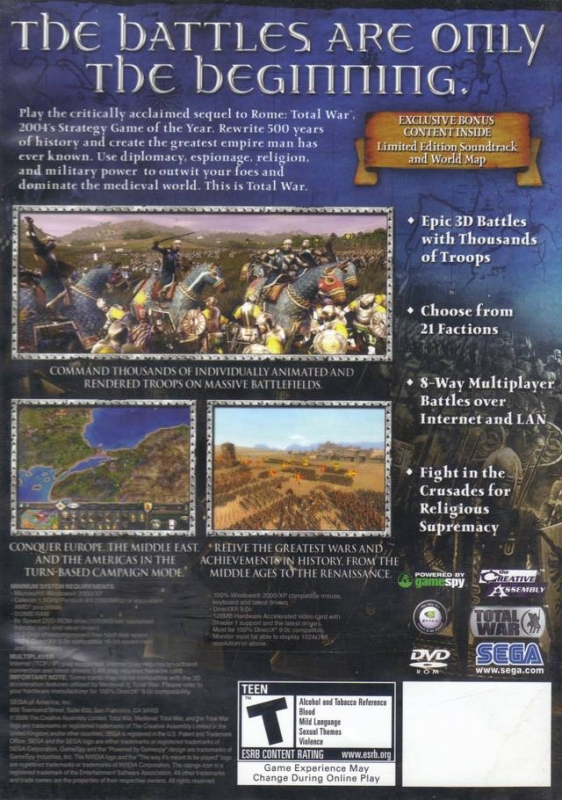 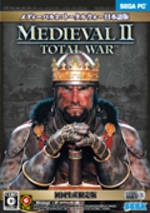 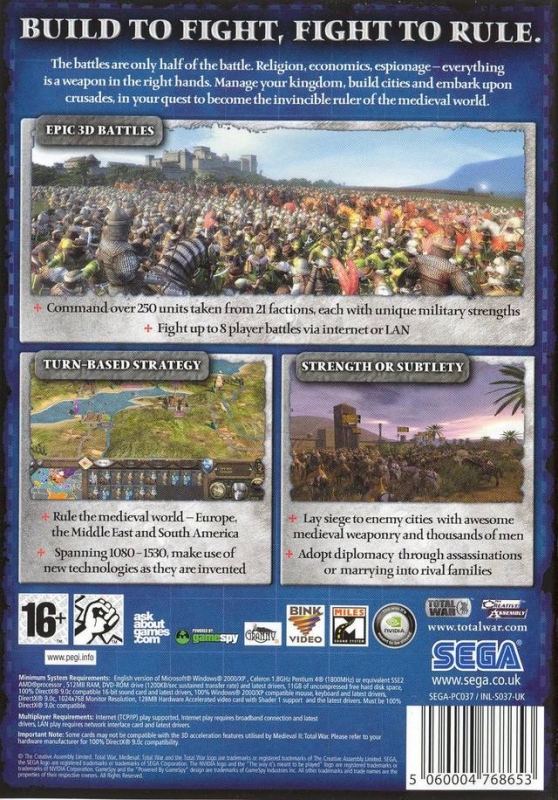 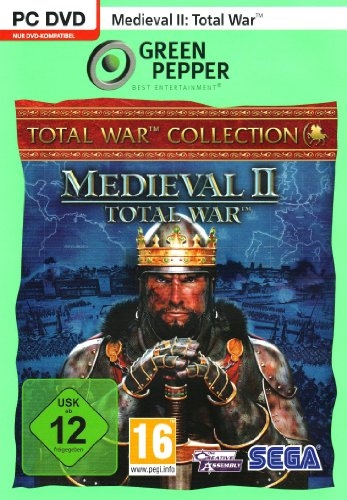 After more than seven years in development, Medieval 2: Total War™ is the fourth instalment of the award-winning Total War series of strategy games. Take command of a massive army — featuring an unprecedented 10,000 dynamic characters — on epic 3D battlefields, while reigning over some of the greatest medieval nations of the Western and Middle Eastern world.
Spanning the years 1080-1530 — the most turbulent period in European history — your quest for power takes you through Europe, Africa, and the Middle East — and even onto the shores of the New World.
Leadership on and off the battlefield is paramount. With the turn-based campaign map, you'll control everything from building and improving cities to recruiting and training armies. Employ diplomacy to manipulate allies and enemies, outsmart the dreaded Inquisition, and influence the Pope. Lead the fight in the Crusades and bring victory to Islam or Christianity in the Holy War.
With detail-rich graphics, an expanded, historically accurate campaign and a fully redesigned multiplayer mode, Medieval 2 lets you experience the most cinematic, epic and brutal real-time battles ever seen in the genre.
TotalWar.com