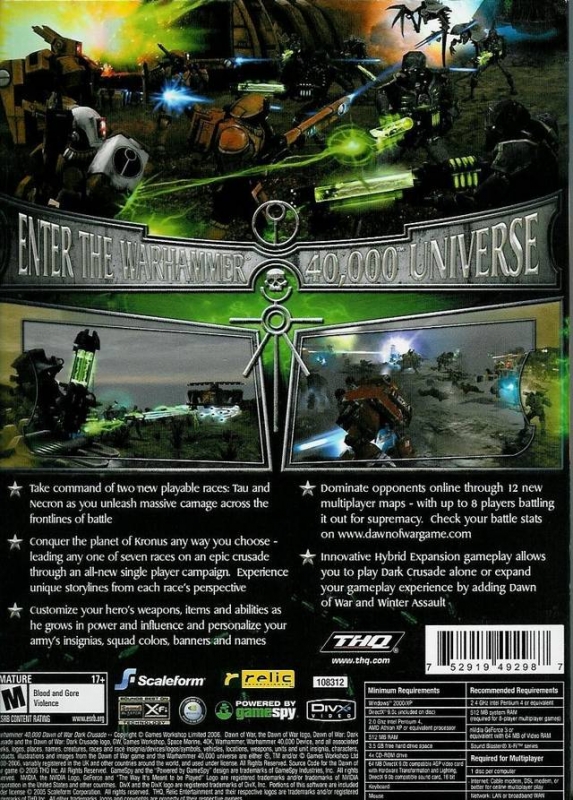 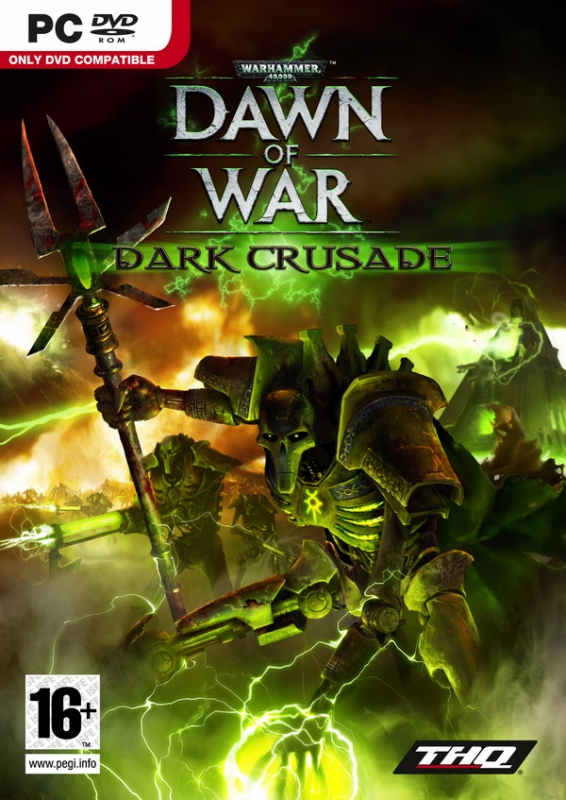 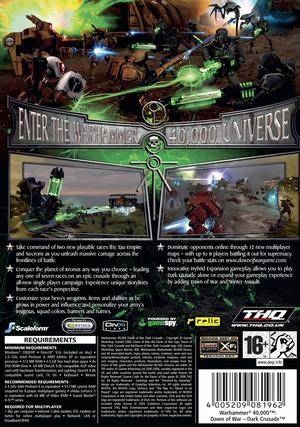 Warhammer 40,000: Dawn of War - Dark Crusade is set in Games Workshop's world of Warhammer 40,000 - a dark, futuristic, fantasy universe where armies of technologically advanced warriors, fighting machines and hordes of implacable aliens wage constant war - and is traveled by millions worldwide. As a hybrid expansion, the game offers a complete standalone experience, allowing gamers to play as all seven races, including the all-new, mysterious Tau and the chilling Necron. Fans who own the entire Dawn of War series can look forward to new units across each of the five original races, expansive bonus content and the ability to play as any of the seven races in multiplayer.