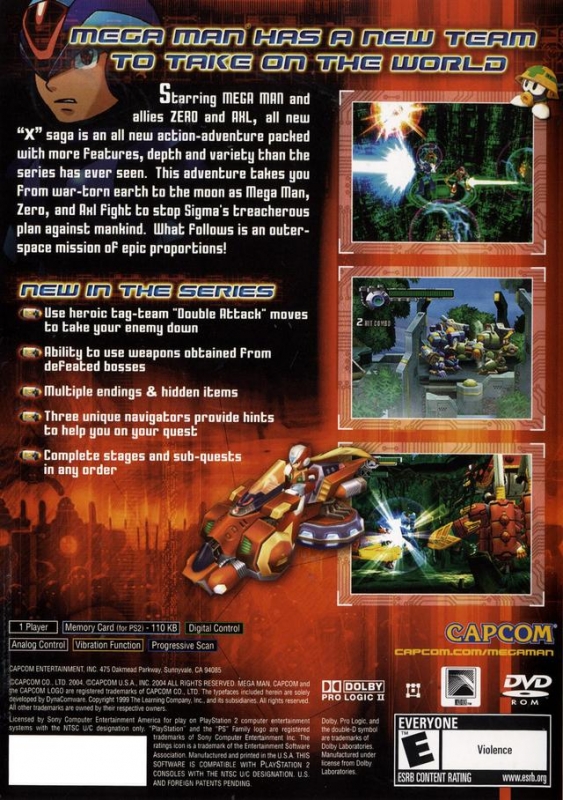 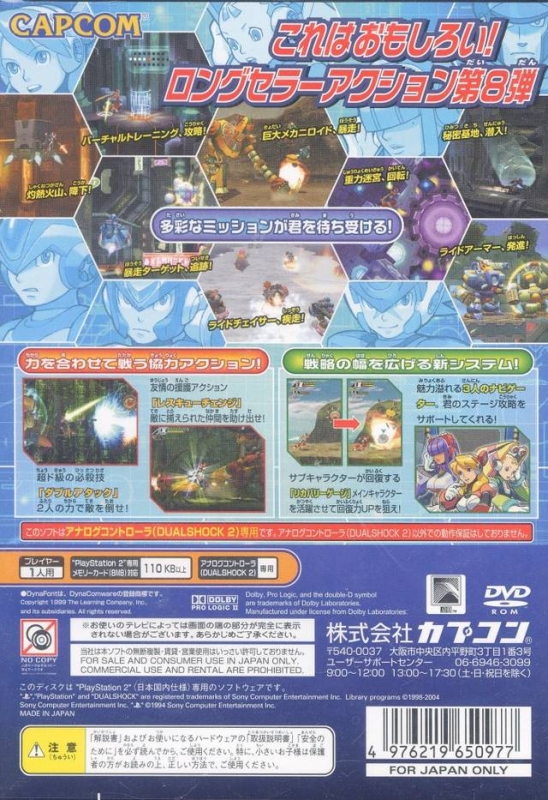 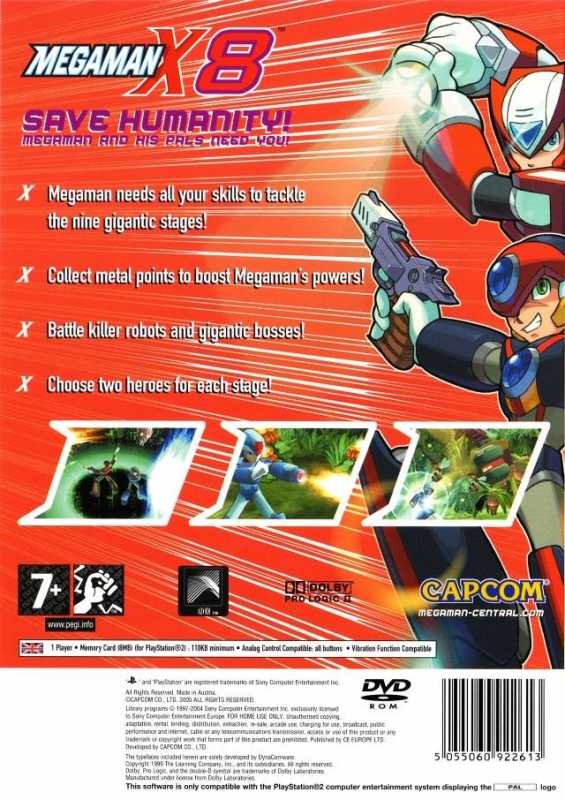 The evil Sigma had started a war of fury on Earth in an attempt to annihilate the human race. Mega Man X8 begins after the fall out of this battle, which left the planet in shambles, and forced humans to look for a new home. In an effort to rebuild, a new generation of robot Reploids was built by the earths people in order to ready the moon for colonization. This new group possessed advanced capabilities, including the ability to copy other Reploids. Unfortunately, Sigma had corrupted them with his sinister DNA mark in an attempt to make them turn on humans. Now Mega Man X, Zero and Axl must head to the moon for an outer space mission to defeat the enemy and save mankind.