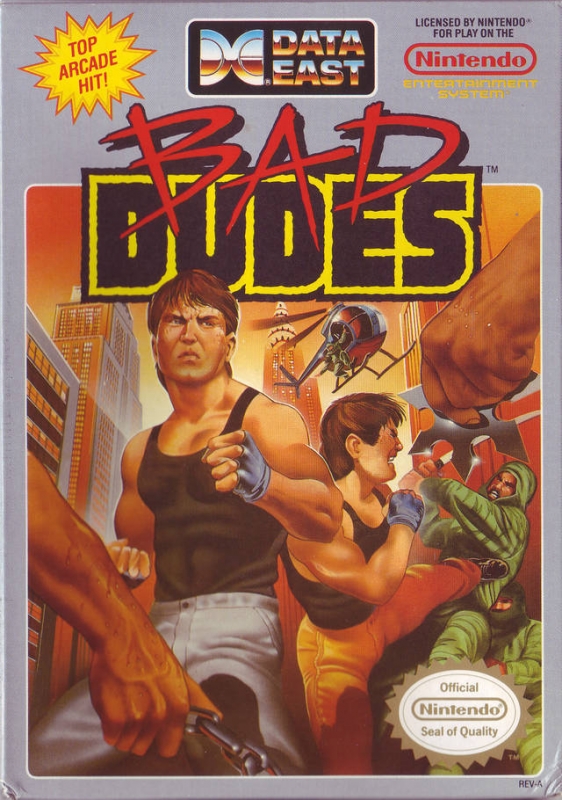 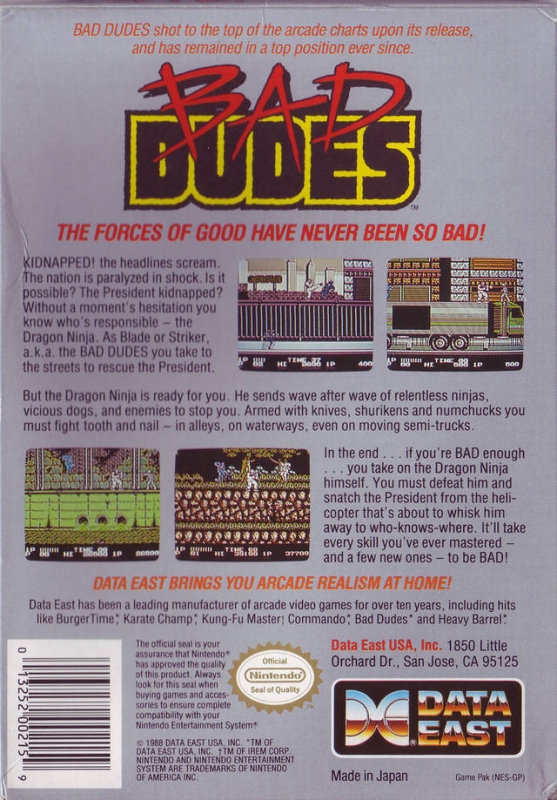 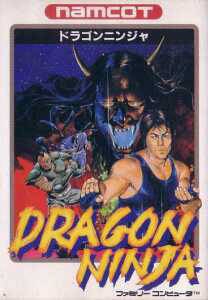 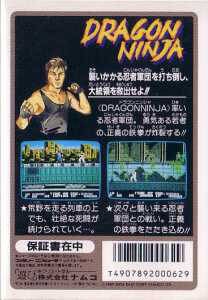 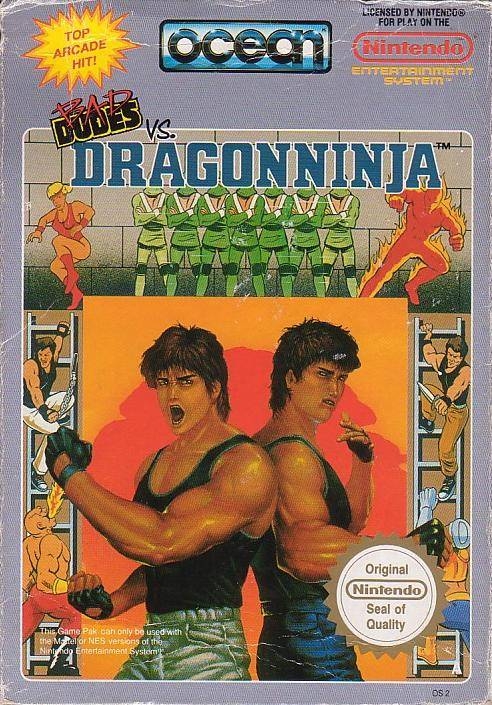 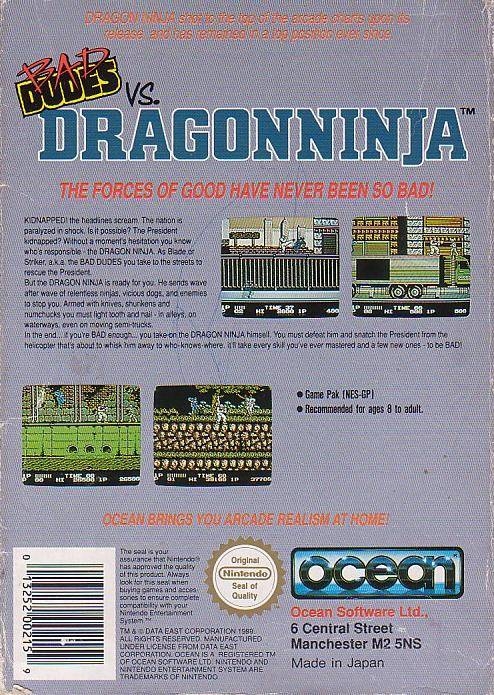 KIDNAPPED! the headlines scream. The nation is paralyzed in shock. Is it possible? The President kidnapped? Without a moment's hesitation you know who's responsible - the Dragon Ninja. As Blade or Striker, a.k.a. the BAD DUDES, you take to the streets to rescue the President. But the Dragon Ninja is ready for you. He sends wave after wave of relentless ninja, vicious dogs, and enemies to stop you. Armed with knives, shurikens and nunchucks, you must fight tooth and nail - in alleys, on waterways, even on moving semi-trucks. In the end... if you're BAD enough... you take on the Dragon Ninja himself. You must defeat him and snatch the President from the helicopter that's about to whisk him away to who-knows-where. It'll take every skill you've ever mastered - and a few new ones - to be BAD!