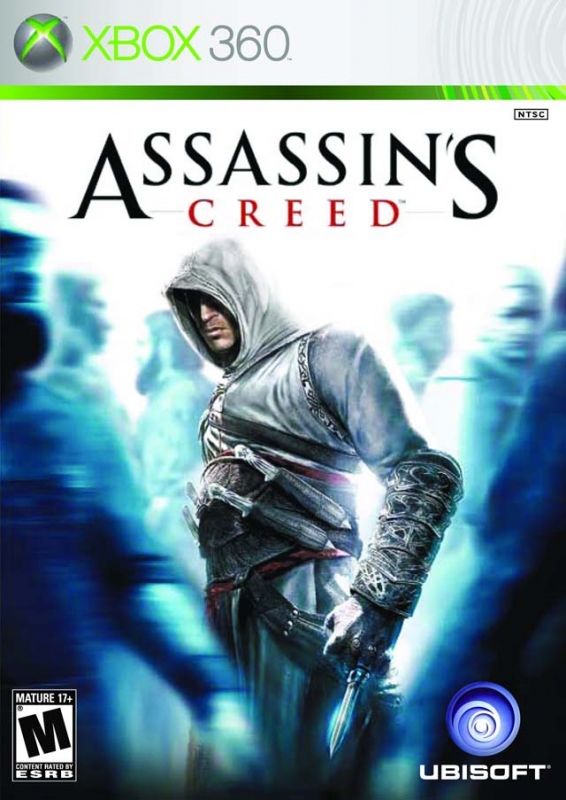 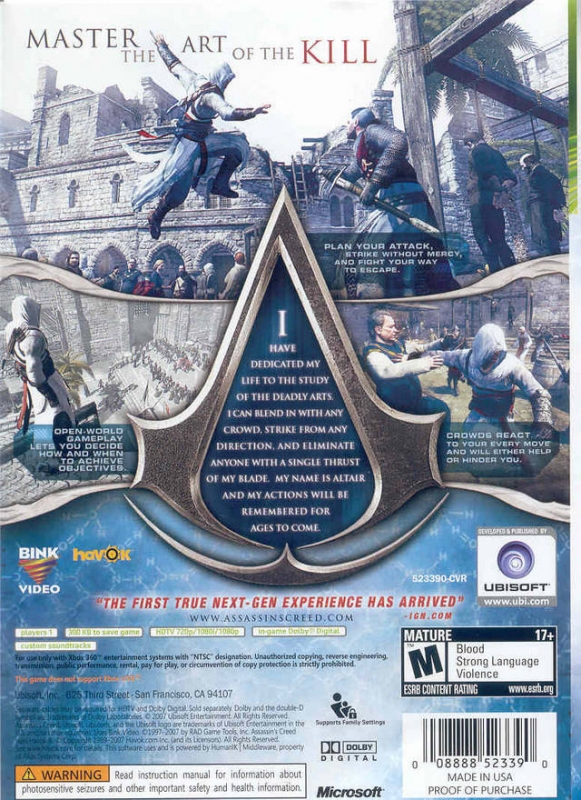 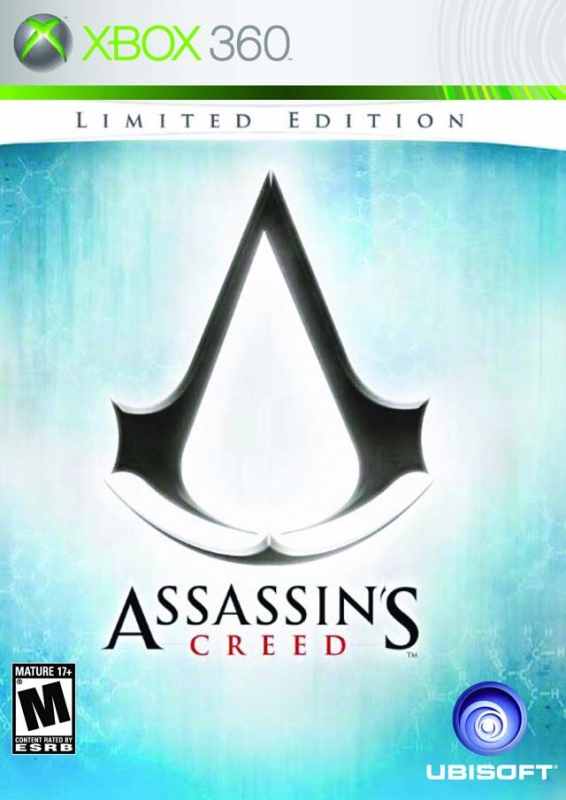 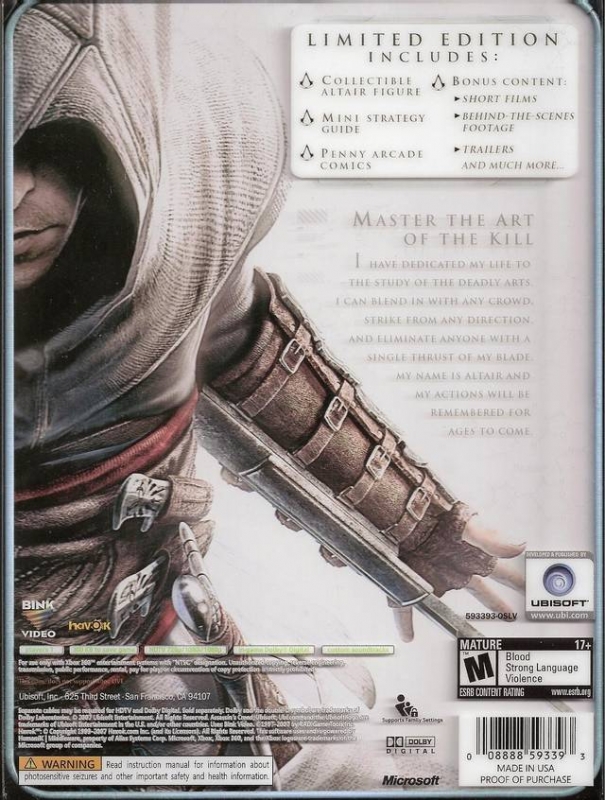 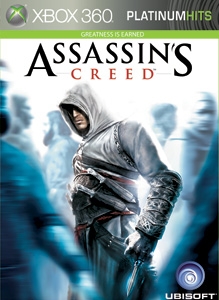 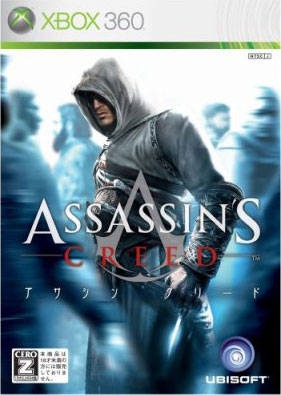 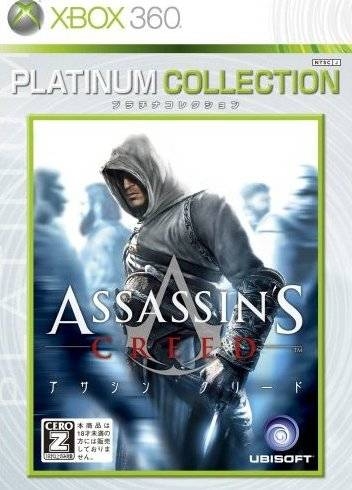 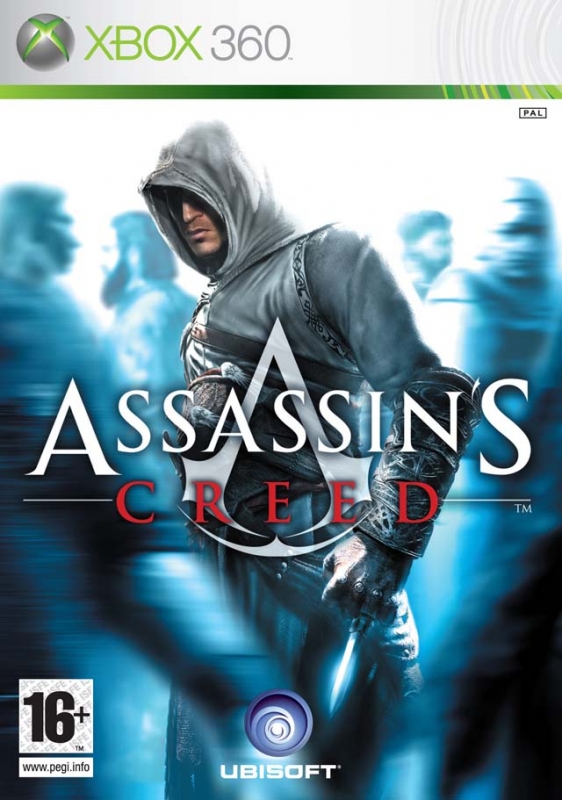 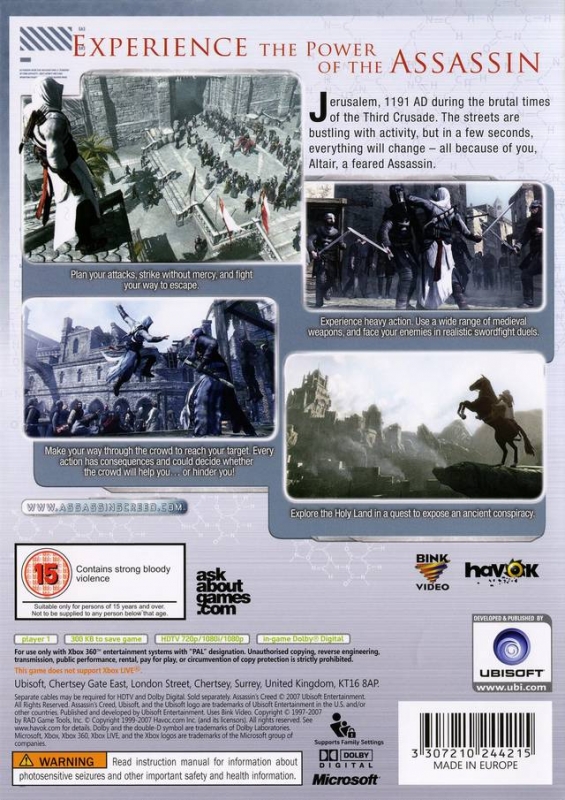 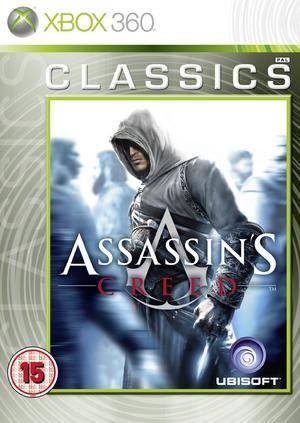 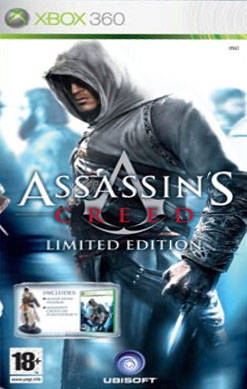 The player assumes the role of Desmond Miles, a seemingly normal bartender who is also the most modern member of a long family tree of assassins. He is taken to a facility where he uses the Animus, a machine that allows him to see the memories of his ancestors during the Third Crusade, in the year 1191. Desmond assumes the role of Altaïr (الطائر, Arabic, "The Flying One"), a member of the Hashshashin sect (the original "assassins"), whose objective is to slay the nine historical figures who are propagating the Crusades. As the player finds and kills these targets, their conspiracy is unveiled. The player is able to travel through three cities: Jerusalem, Acre and Damascus as well as Masyaf, the assassins' stronghold.

The interactive environments of the cities are populated by many people, and the way the player controls Altaïr affects how the bystanders around him react to his presence. For example, when going through a crowd, if the player lightly moves someone out of the way, it will not have a significant effect. However, if the player throws someone to the ground and hurts or kills them, the crowd may unite against him, which will also attract guards and he will then have to find a way out or hide. Similarly, if the player shoves a person aside, they may shove him back. If he climbs walls, civilians will gather around, attracting unwanted attention from guards.

The producers claim the environment is historically accurate. The locations in the game are distinctive models of the cities. All of Altaïr's targets are also historic figures who died or disappeared in the year 1191, although not necessarily by assassination.