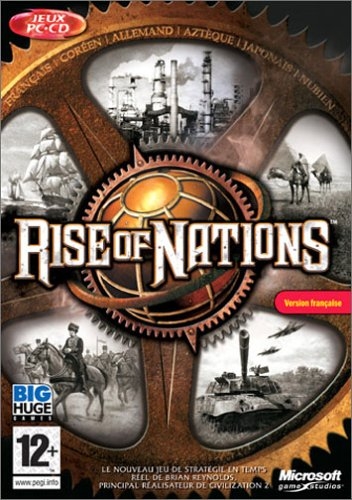 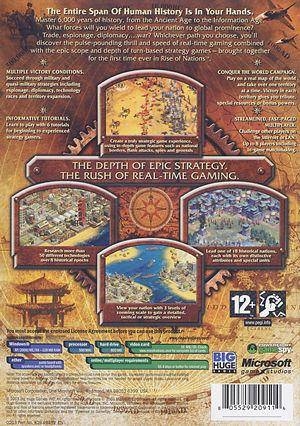 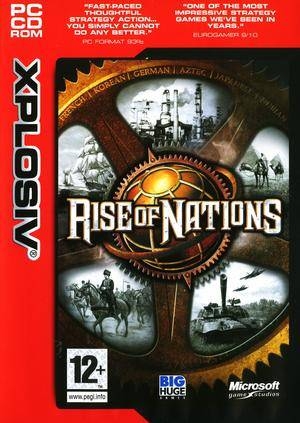 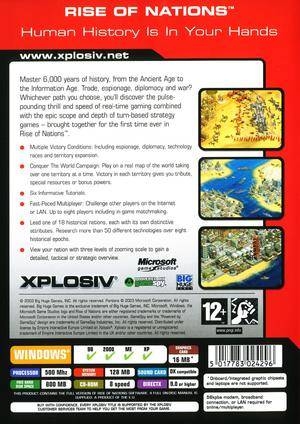 Dominate 6,000 years of history from the Ancient Age to the Information Age. Which forces will you deploy to lead your nation to global prominence? Trade, espionage, diplomacy…war? Whichever path you choose, you’ll experience the pulse pounding thrill and speed of real-time gaming combined with the epic scope and depth of turn-based strategy games – brought together for the first time ever in Rise of Nations. Rise of Nations is a new historical real time strategy game from Big Huge Games' Brian Reynolds, designer of PC game classics such as "Civilization 2" and "Alpha Centauri." In Rise of Nations, you'll create new cities, improve city infrastructures and expand national borders. Conquer foes through military might using everything from sling-shots to cannons to stealth bombers to nuclear weapons; corner the market on key commodities and consolidate power under your rule; wheel and deal across time with history's eminent cultures.