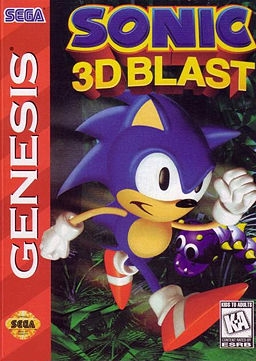 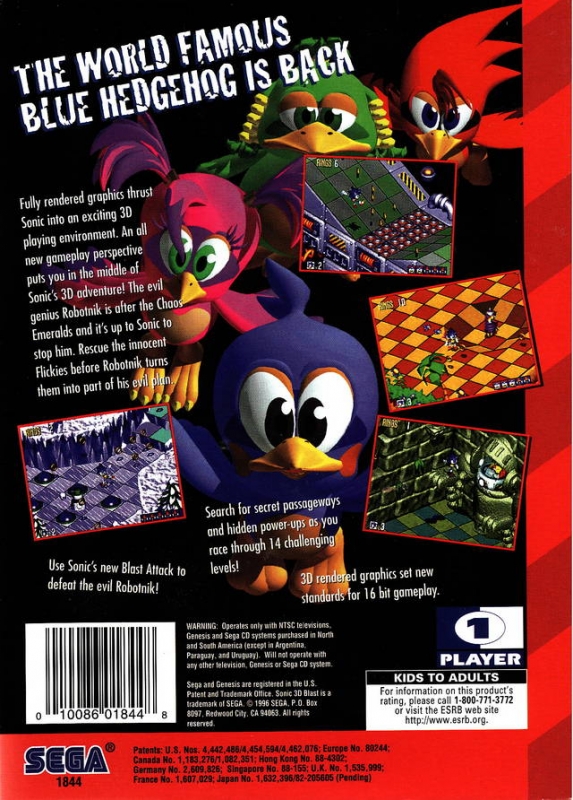 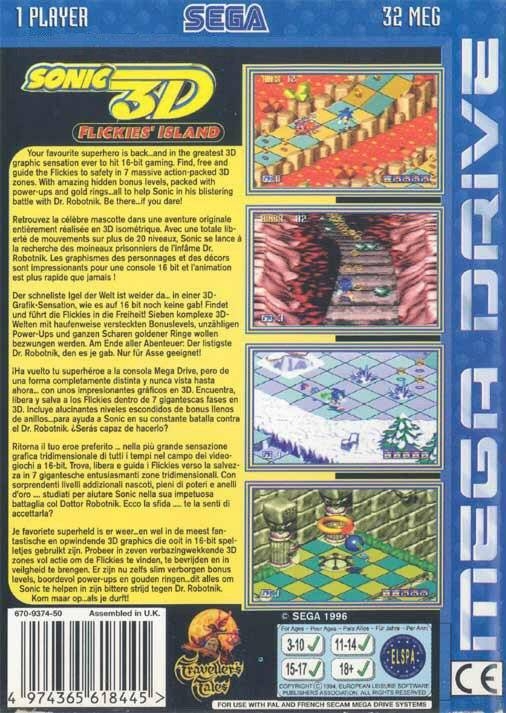 Sonic 3D (know as Sonic 3D Blast in America, Sonic 3D: Flickies' Island in Europe) is an isometric platform game in the Sonic the Hedgehog Series. It was developed in the UK for Sega by Traveller's Tales.

Originally developed for the Sega Megadrive (or Genesis as it's known in America), it was never released for this platform in Japan. An improved version has also made its appearance on the Sega Saturn (exclusively in Japan) to cover for the cancelation of Sonic X-treme (the first truly 3D Sonic game), as well as the PC. Recently, the original Megadrive version of the game has been made available on Nintendo's Wii Virtual Console service as a download.

The game saw a mixed reception both by critics and gamers alike, for many reasons, including control, the slippery movement of Sonic, the isometric layout.