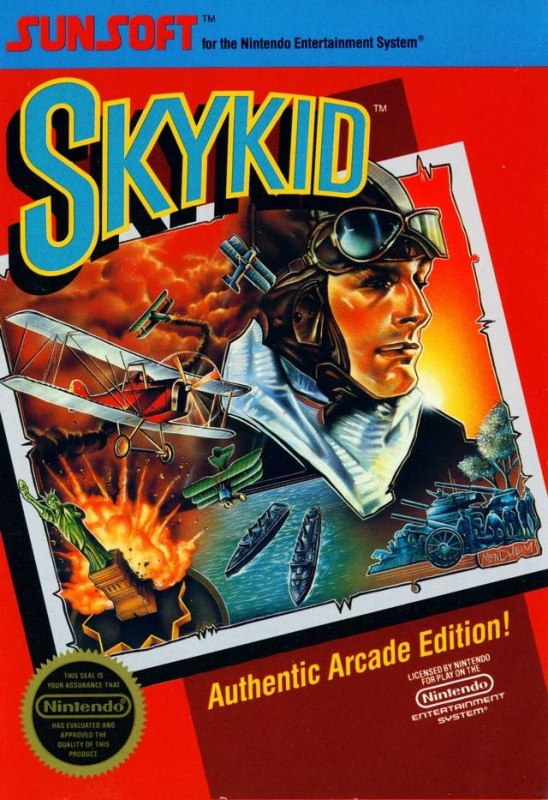 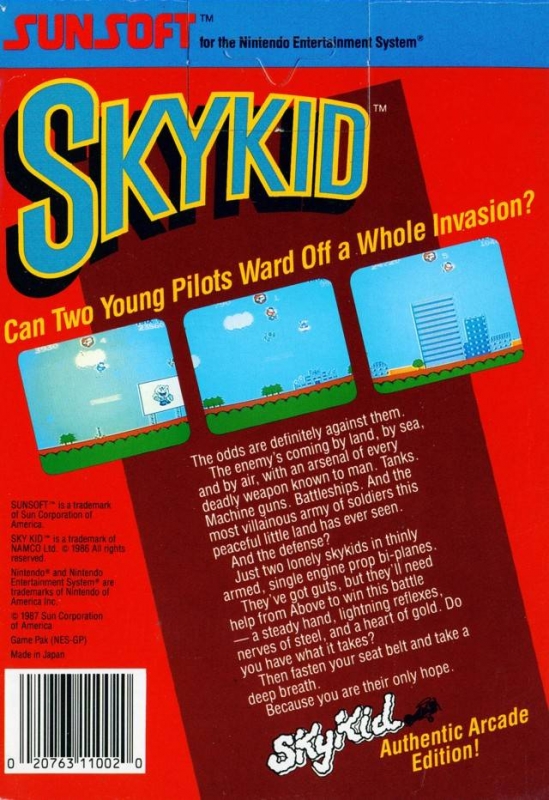 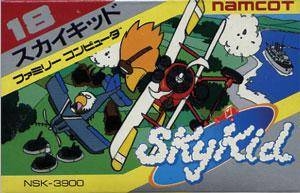 Red Baron, from the freedom- and peace-loving nation of birds, Bird Land, faces off in the skies with his rival Blue Max in this side-scrolling shooting game. Defeat the many enemies that await you as you complete your mission, using moves like the loop-the-loop to shoot down enemies from behind. Fly low to pick up bombs placed in the stage and drop them on command posts, warships or other designated targets to destroy them.

Then land safely at base to proceed to the next mission. Beware of enemy fire, though-it will cause you to crash, unless you're able to recover by rapidly pressing the buttons. You can even play with a second person and fly simultaneously, sometimes helping each other and other times competing against each other. Prepare yourself and take to the skies, but make sure that the catchy background music (which became an instant classic when this game was originally released) doesn't distract you from your goal.