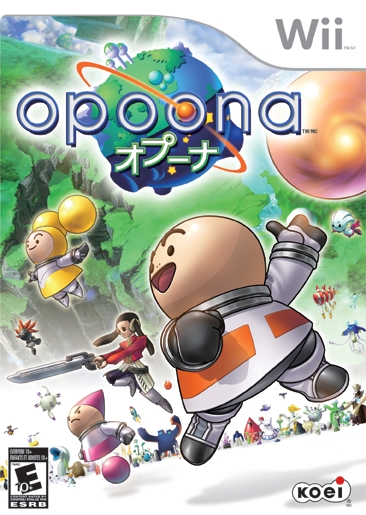 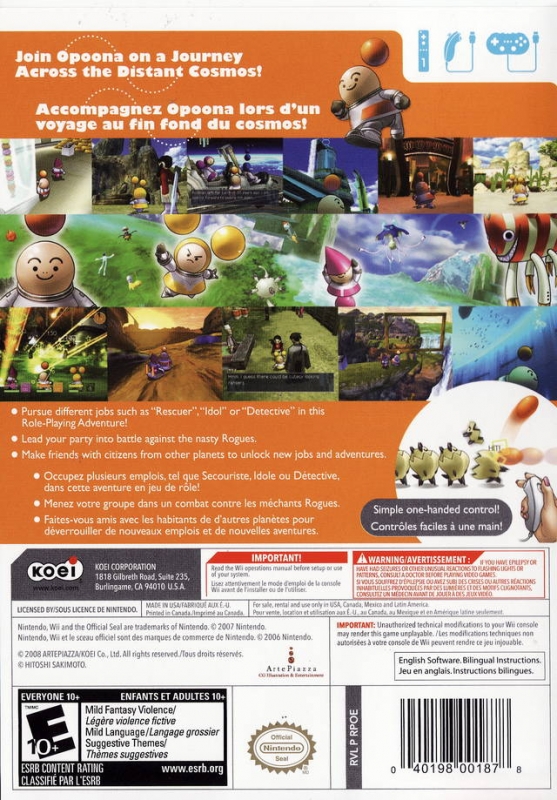 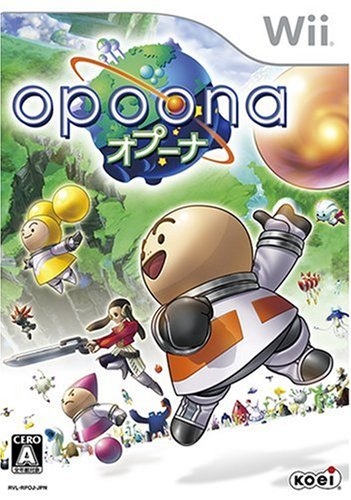 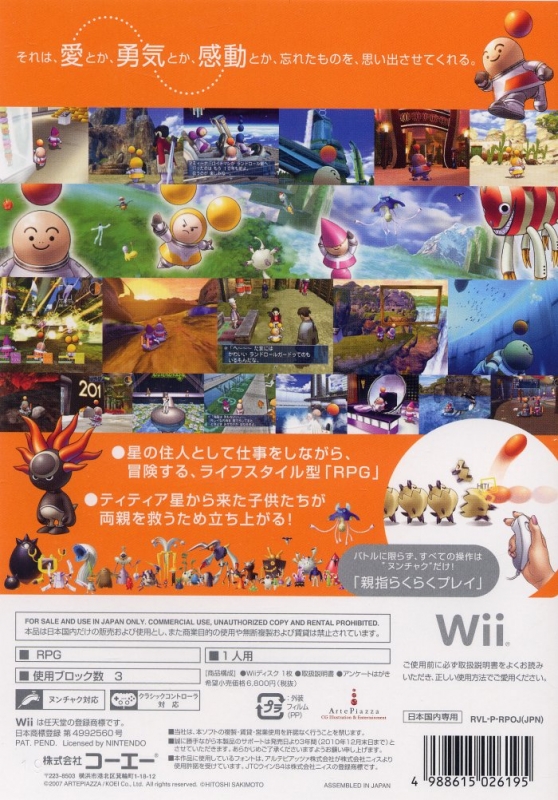 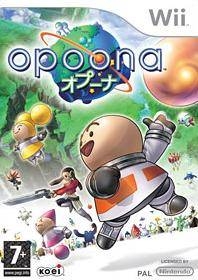 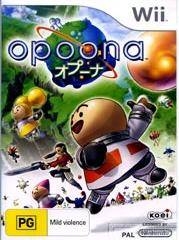 While on an interplanetary family vacation, the young boy Opoona crash lands on Planet Landroll after his spaceship is involved in a mysterious accident. Separated from his family, Opoona is forced to live alone. On the planet, Opoona must find a job, search for his siblings, and defend himself and the people of Landroll against creatures known as the Dark Rogues. Luckily for Opoona, he is the descendant of a long line of warriors known as the Cosmo Guards. Thus, Opoona’s adventure begins as he struggles to establish a new life and reunite his family.

The game’s action-oriented battle system lets players use powerful “Energy Bonbons” against their enemies. Using just the Nunchuk, players can manipulate an Energy Bonbon’s trajectory in a number of different ways. All of Opoona’s commands are also controlled by the Nunchuk, to allow a complete “single-hand control” of the game.

Opoona is not just about battling; it is a “Lifestyle RPG.” As Opoona, players must adapt to a new environment, meet new people, and contribute to society through work, all while becoming aware of the precious world and people around him. As the game progresses, Opoona will develop relationships and uncover a broader range of activities including new jobs and clues to new adventures.