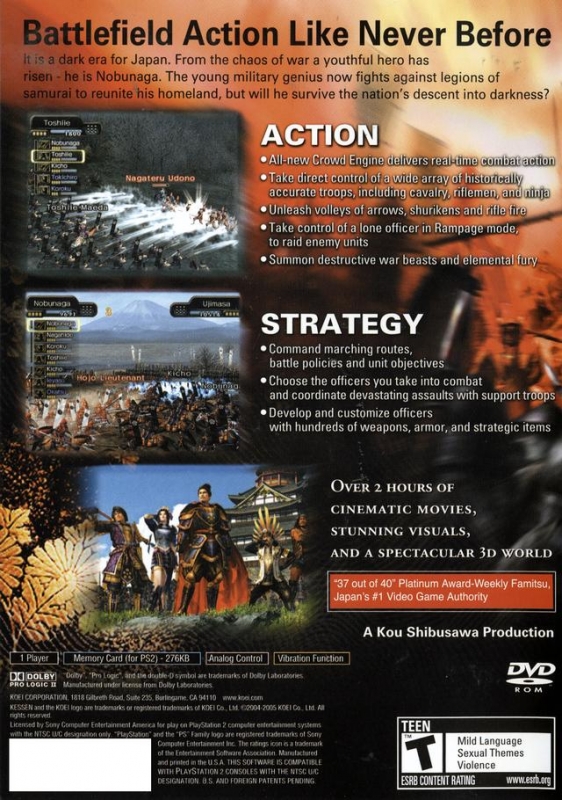 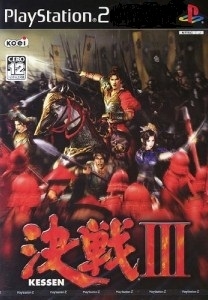 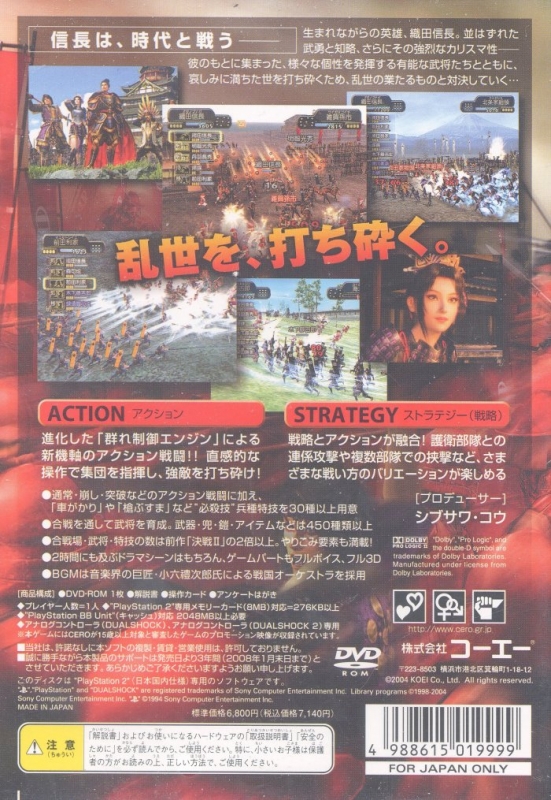 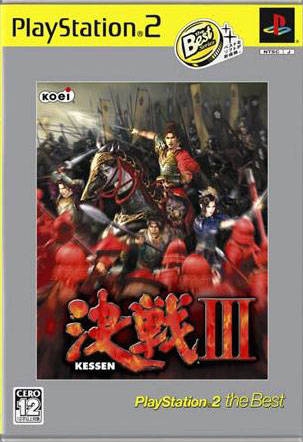 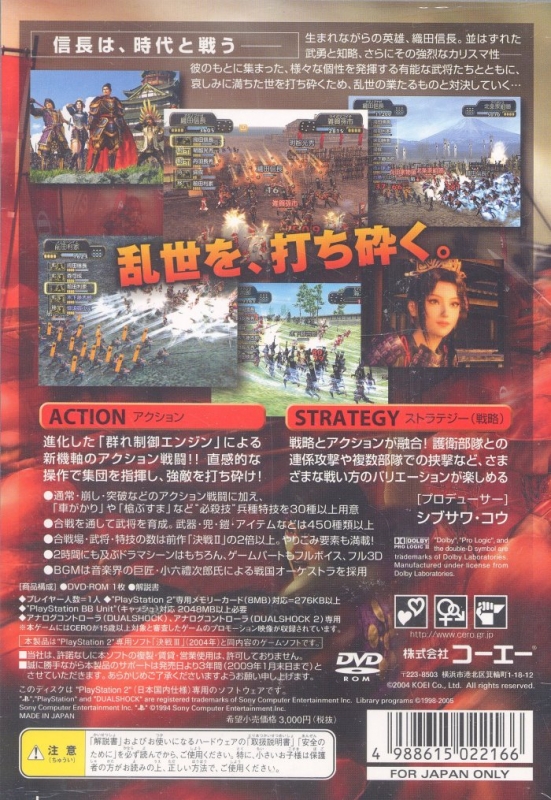 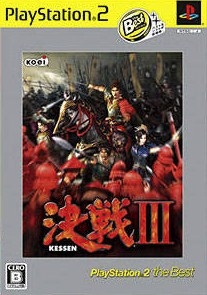 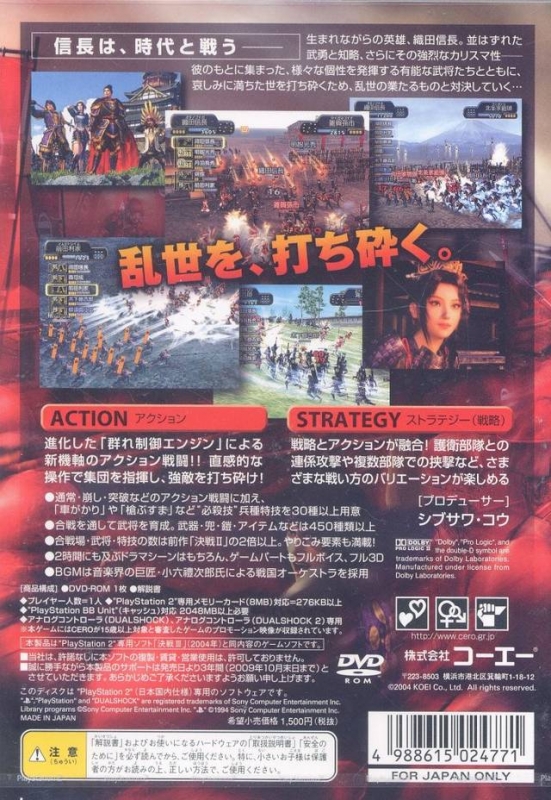 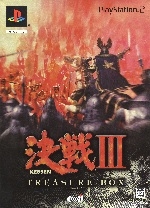 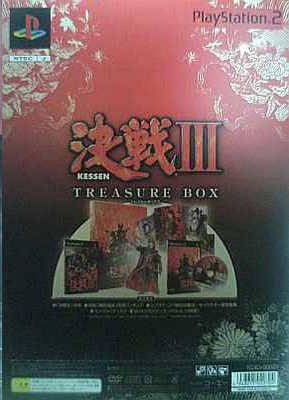 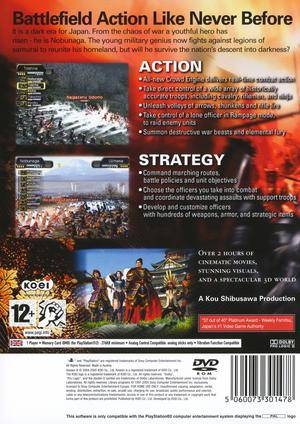 Kessen III unites individual and mass combat, taking the gameplay of the previous titles a step further. Thanks to the expanded 'Group Control Engine', you're no longer limited to directing the action from the perspective of unit officer - now you can dictate the direction of the unit as a whole, enabling both macro and micro-management of your forces.

The plot follows the rise of Oda Nobunaga, the leader who attempted to bring all of Japan 'under a single sword' ('tenka-fubu') at the end of the Warring States period. It's a dream he never achieved, but now history can be re-written with Kessen III&.

In addition to the new control features and a solid storyline (supported by over 120 minutes of movie sequences), Kessen III features twice as many battles as its predecessors. Such quantity, when combined with consistently high quality, makes for a detailed and engrossing historical epic.