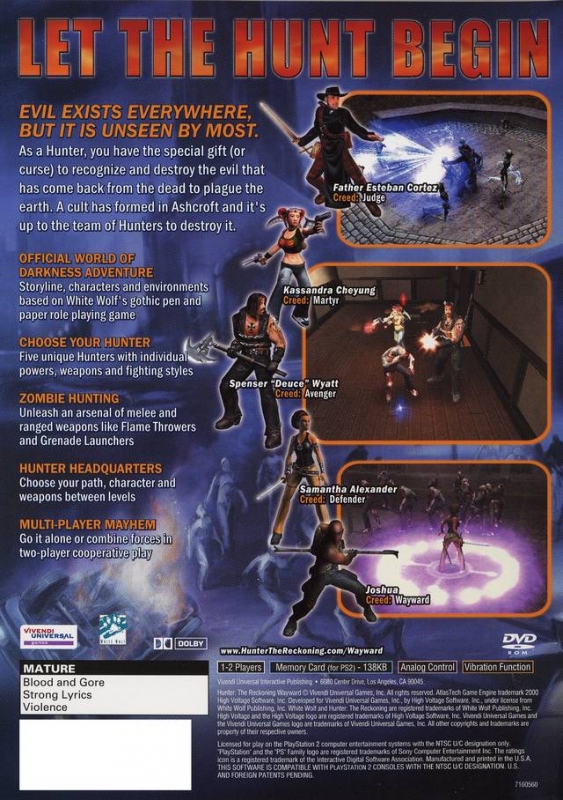 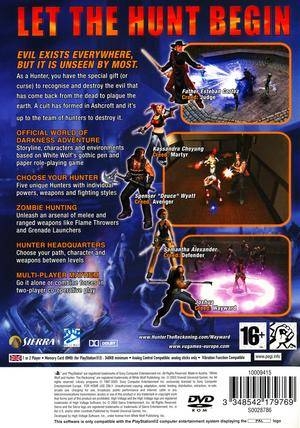 Two years ago in the sleepy town of Ashcroft a supernatural evil was destroyed by four hunters. Since then the town has been slowly trying to return to a normal lifestyle. Following the horror and destruction, the events of two years ago were quickly forgotten. Until now... A cult has formed in Ashcroft; it had remained hidden until two hunters, following various leads, arrived in Ashcroft to uncover the growing presence of malice. Overpowered by agents of the cult, the hunters disappeared, and a dreadful looming silence settled over the town of Ashcroft. Now, once again the four hunters who saved Ashcroft from destruction two years past have returned, summoned by a message...

Hunter: The Reckoning Wayward takes place two years after the original Hunter: The Reckoning story in Ashcroft. The four original hunters return to Ashcroft after receiving a message from another hunter who has been investigating strange events that have been occurring in the small town. The hunters arrive and find that their contact has vanished, leaving no trace. Soon enough, the four hunters realize that evil has once again returned to Ashcroft, and that they are its only hope for salvation.

In this 3rd person action shooter set in the fantasy world of White Wolf role-playing, players act as human monster-hunters protecting and defending lives of the innocent. One to two players choose from five playable hunters, each possessing a vast array of weapons, edges (spells), and supernatural abilities. Players can expect the same non-stop action, outstanding graphics, and authentic White Wolf storyline that makes the Hunter: The Reckoning franchise so successful and addictive. With a mysterious and highly dangerous new character joining the original Hunter team, and with new environments and weapons, players are armed to battle creatures of the dead in order to fulfill their mission to fight evil. Let the hunt begin.