Pokémon Violet debuted in first place on French charts for week 45, according to SELL. Pokémon Scarlet debuted in second place, while the dual pack debuted in third place.

God of War: Ragnarök for the PlayStation 5 in its second week fell from first to fourth place.

The PS4 version of FIFA 23 is down one spot to fifth place. 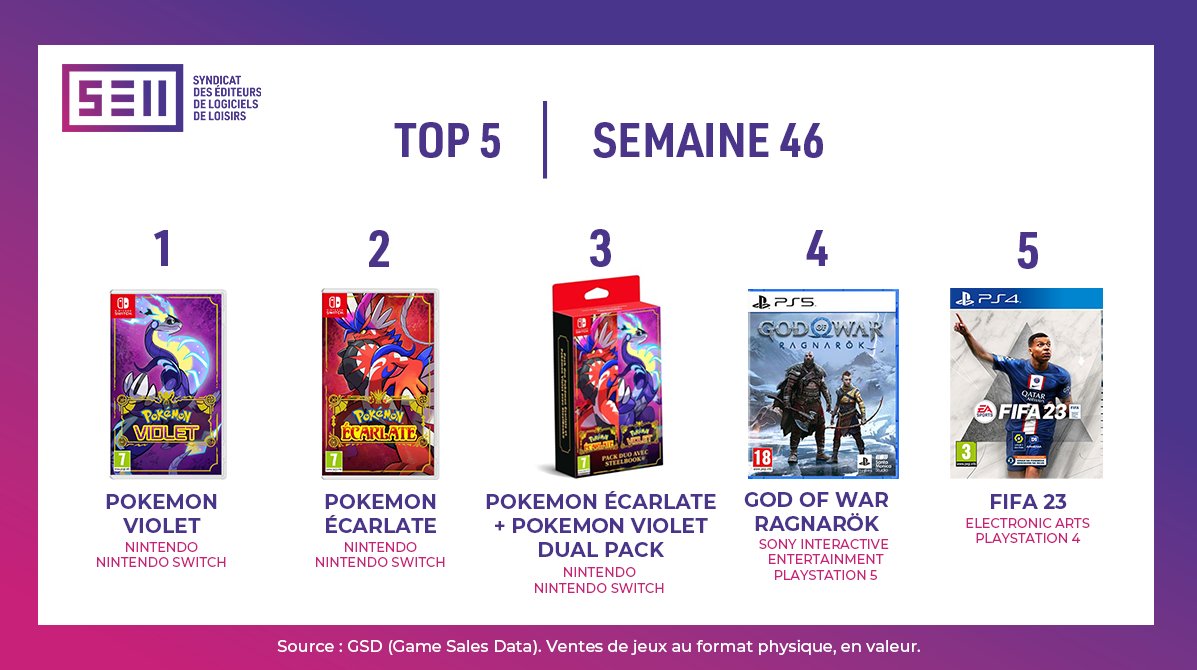