"Online matchmaking will not be available with final co-op," said the Xbox spokesperson. "We encourage you to continue to use the Halo LFG and the new Discord voice call feature on Xbox to find players to party up with as you continue playing the beta."

Developer 343 Industries earlier this month provided the first look at the Halo Infinite network co-op. The gameplay showed how the players can interact with each other, work together, and how far away players can be apart from each other before a death barrier kicks in. 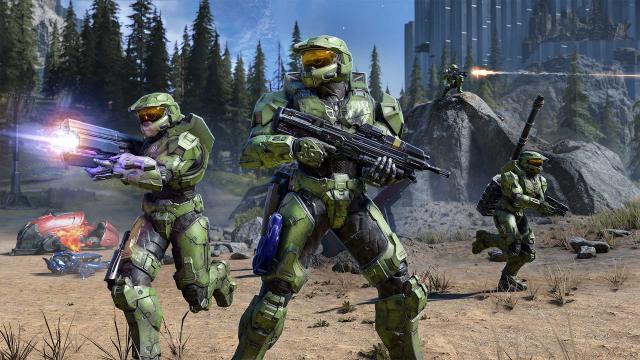 Halo Infinite campaign network co-op is set to officially launch for all players in late August. A co-op flight is available for Halo Insiders.

I can't see any situations where this would matter to me. This isn't destiny, or another game with many elements designed to be played by multiple players. This is Halo, which is mostly a single player game. You play it with your friends because you want to play with them, not because you need another body to round out your team.

Exactly. Not even Destiny has matchmaking for campaigns or for major endgame activities like Raids or Dungeons. I utilized the Destiny LFG Discord a LOT!

Same here, like I would never play the Halo campaign with random people. Not saying, it could not be nice to have it, but def. not something I need/will miss.

I never thought it was going to. Why I would want to play a campaign with randos? lol

If there was anything I would not want to do it's play a story campaign with randoms.

As long as I can invite, it's not a big loss to me.

Halo still a thing?!?
Thought no one plays or sick of this overhyped/overrated franchise these days...