Trusted Reviews has done a study conducted across the internet that revealed the Nintendo Switch is the most wanted tech item for Black Friday.

The study reveals there have been 25,900 searches for the Switch across the sites it looked at, while laptops came in second with 21,100 searches. PlayStation was the seventh most searched tech item with 7,600 searches. Xbox rounded out the top 10 with 2,800 searches. 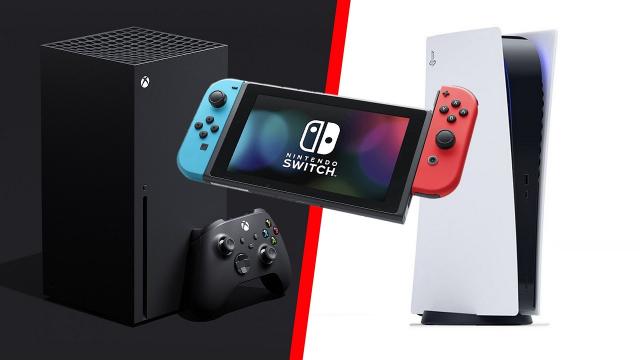 Nintendo like in previous years for Black Friday, has a bundle that comes with a Nintendo Switch console, Mario Kart 8 Deluxe, and a three month Nintendo Switch Online membership for $299.

So Switch will outsell PS5 3,5x. Or more, if PS4 is also counted. That’s how this works.

Well maybe not by those numbers, but switch will definitely outsell both those newer consoles, that is a given, at least until there's plenty stock.

Oh yes, it definitely will.

next is the iPhone XXXXS

The sample size of this must have been tiny. Only 25,900 searches and it's the top one? Only 2,800 people searched "Xbox". What a terribly limited study.

Nintendo: "WE TAKE THOSE!"

Maybe because no one even dares looking for a ps5 or xbox series X as everyone knows it will not be in stock.
I'm very happy the switch is still so successful, means more developer interest, great news

How is it nintendo can keep up with demand of stock an dmanufacturing but sony/nintendo can't?

I doubt the accuracy of this. Black Friday is mainly a US thing, and Switch not only already has a huge install base here in the US, but the system has been readily available all year. Every time I have gone into my local Walmart there was at least 3 or 4 Switch systems in the display case (except for the last time I went in October), whereas I never once saw a PS5 all year and only saw Series S in stock twice all year (no Series X). I find it hard to believe that Switch is in higher demand than PS5 currently, and Xbox demand will also be boosted quite alot currently thanks to Forza Horizon 5 and Halo Infinite.

Its not hard to believe Switch has higher demand than PS5/Series X right now. First year consoles typically don't have demand that high until later during its life cause first year consoles don't have alot of exclusive system seller games especially in PS/Xbox's case where almost all new major AAA games are cross gen. While the PS5 and Series X have been dealing with shortages this year, theres no way the demand for those two systems are anywhere close to sell 24 Million in a year, which is what the switch is bound to sell in 2021 alone. Playstation & Xbox have never sold 24 Million Consoles in one year EVER in there history, what makes you think the first year PS5 & Series X could somehow accomplish that. The Switch still has higher demand than those two consoles right now.

Plus its good to point out that while the OG Switch and Switch Lite been
mostly readily available in 2021, the Switch Oled is hard to find as much as Series X and PS5.

This has nothing to do with demand at all. Its black Friday, people are looking for deals, and no one expects stock, let alone deals on the new consoles.
But you are wrong, PS5 would definitely without any doubt sell 24 million in the first year, there's so many people looking to buy one and cant find it, and it will have sold minimum 16 million by the time it reaches 1 year. I have literally friends offering money to buy mine for a higher price.

Right, Xbox has never even sold 15 million in one year and the Playstation yearly record is 22.52m by PS2 in Fiscal Year 2002-3. This goes to show how massive 24 million in a single year is yet this number still isn't meeting Switch demand.