Former chairman of Sony Interactive Entertainment Worldwide Studios Shawn Layden in an interview with GamesIndustry discussed the future of the video games industry.

Layden says the cost of video games keeps on rising with it doubling every generation and that is not sustainable as the console business has been stuck around 240 to 260 million people since the late 1990's.

"We're just getting people in the gaming world to spend more money," Layden said. "With each console generation, the cost of games goes up 2x. So PS4 games were $100 to $150m, so it stands to reason that PS5 games -- when they hit their stride -- will be in excess of $200m. It's going to be very difficult for more than a handful of large players to compete in that space.

"During that time we have also seen more consolidation. Consolidation is the enemy of diversity in some ways. It takes a lot of playing pieces off the table as they grow into these larger conglomerates. And again, we end up with this problem with diversity.

"Music on a revenue basis is probably one fifth of the games space. But their cultural impact is 100x what gaming is. Right now, we are narrowing ourselves down into genres and sequels and certain types of games. Favourites like my own, like Parappa and Vib-Ribbon, those things don't seem to get a chance to come out on stage. That's bad for the industry and for fans. Over time, that leads to a crumbling of the games industry if we just keep talking to the same people and telling the same stories in the same way.

"I was interested in Streamline because it has spent almost the entire of its 20 years with a remote distributed development model. They speak 27 different languages throughout their studios and have people from 47 different countries. It is an incredibly multi-cultural workforce, and that is where the future of breaking gaming into a wider audience beyond the 240 to 260 million."

Layden added the industry is ready for disruption and some of the leaders in the industry better get on with that.

"Of course, if you add in mobile phones you get to hundreds of millions of players," he said. "But those are related but distinct categories. We've learned over time that mobile gaming isn't necessarily a gateway into console, but just a different thing for people to do at a different time of the day.

"So this industry is ripe for disruption, and some of us better get on that."

Indirectly he talked about Xbox Game Pass and how tough it would be to make it sustainable with the cost of the biggest games now north of $100 million and the number of subscribers it would take to make it profitable.

"People don't buy consoles because they want more steel and plastic in the living room," Layden said. "People buy consoles because they want access to the content. If you can find a way to get the content into people's homes without a box, then yes, indeed. Everyone has a streaming solution of some form. Most of it is limited by whether you have a decent internet connection. And they haven't constructed the business model that works yet for that.

"It's very hard to launch a $120m game on a subscription service charging $9.99 a month. You pencil it out, you're going to have to have 500 million subscribers before you start to recoup your investment. That's why right now you need to take a loss-leading position to try to grow that base. But still, if you have only 250 million consoles out there, you're not going to get to half a billion subscribers. So how do you circle that square? Nobody has figured that out yet." 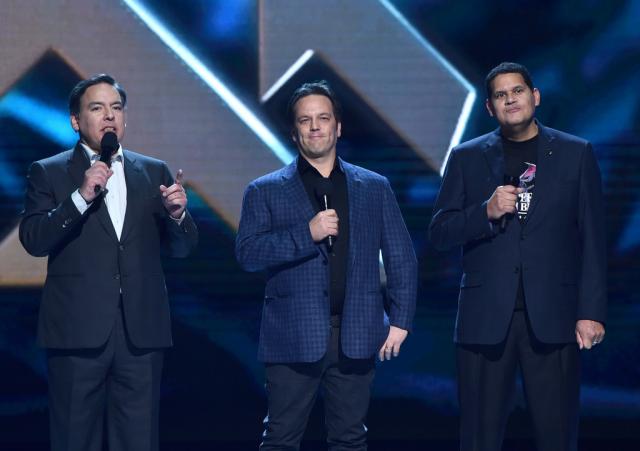 He concluded by saying that gaming is reaching the end of its second epoch, which was the last 25 to 30 years of console gaming.

"Gaming is reaching the end of its second epoch, which was the last 25 to 30 years of consoles everywhere," Layden added.

"What is that third epoch? Who is going to make the definitions around that? Who is going to lead this thing? Our industry as a whole has to get in front of that. I'm sure there are concerns about who sold more boxes last week and all that, and companies need to look at that because they're businesses. But those of us who can chart the course for that third epoch, I think that's an exciting thing to be part of.

"But going forward, you're going to see a lot of stuff coming out of Streamline in the games space, but also in this enterprise space. It's also looking at ways of how we can help on-ramp new creatives and people who think that gaming is not for them. Or wish to be here but can't be here. We need to open up those opportunities. It is super important."

Nowadays, a game is a 100+ million AAA or an indie, basically.

How the fk are games costing so much.? Games aren't getting longer or more epic, justprettier. Time to triangle, as cerny put it, is much quicker today. Devs have the hardware and game engine to support it. The software they have and tools should be making it easier for them, and the designers. All that money must be going towards marketing.

" Favourites like my own, like Parappa and Vib-Ribbon, those things don't seem to get a chance to come out on stage".

Tell that to RTS and ARPG fans. The thing that's irked me the most in the past decade, is that the inudstry has become less interested in taking risks, and more interested in spamming the same genres or type of stories/mechanics to maximise profits.

It also doesn't help that the small studios out there that want to take some risks, end up being bought out and told to work on something similar that other publishers are doing, which is the complete opposite of taking risks.

Shawn Layden was a great leader for PlayStation. Same with Reggie at Nintendo of America.

Facts. Can't disagree with you on that.

Wasn't it reggie that turned the console from hardcore gamers and leading tech, to the wii and the more family orientated system? Or was it nintendo japan?

Volumetric displays that allow combining board and video games...that will be massive disruption for game industry as a whole.

I'm still waiting for proper 3d and depth of field to come into mainstream. Where you look at a screen and can guage the distance of objects and stuff, instead of a flat image. To me that will be ground breaking when we get that.

Maybe someone could blow his mind and remind him that you can still purchase games on the store. There are no Gamepass exclusives...

Plus DLC isn't included with Game Pass subs, other than some rare occasions like the Gears 5 Hivebusters DLC. 500m Game Pass subs would be $5 billion in revenue every month.

DLC is not? I played doom eternal DLC on gamepass...

I was just thinking that. A lot of my friends use Game Pass to try a game, and for games they like, they'll purchase it. It's a win-win.

I don't think Layden is ignoring this. He uses a hypothetical subscription base of 500 million users: this alone should tell you that is providing an extreme example. If you have 500 million gamepass subscribers, who is realistically still actually buying games?

And in that case, can $10 a month sustain the cost of game development (ignoring marketing), the servers, the building that house the servers, the staff associated with software and hardware maintenance of gamepass, the money they pay for 3rd party content to appear etc.

He doesn't directly talk about Game Pass. He's just mentioning the logistical issues that will hit the industry if game development continues to grow at double to rate every generation.