Nintendo Explains Why The Legend of Zelda: Breath of the Wild Sequel Title Hasn't Been Revealed - News

Nintendo announced the The Legend of Zelda: Breath of the Wild sequel two years ago during its E3 2019 Nintendo Direct and yesterday released a new trailer for the game as well as announcing it will launch in 2022.

With the game coming out next year Nintendo has yet to reveal the actual title for the game and in an interview with IGN explained why.

"As for why we’re holding back on the name, you’ll just have to stay tuned because, obviously, Zelda names are kind of important," said Nintendo Treehouse’s Bill Trinen. "Those subtitles… they start to give little bits of hints about maybe what’s going to happen." 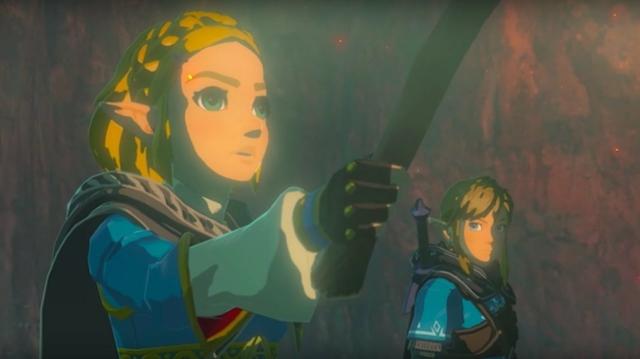 Trinen added Nintendo is still calling it a sequel to Breath of the Wild.

You can check out everything that was showcased during the E3 2021 Nintendo Direct here.

The Legend of Zelda: Prequel to Breath of the Wild 3

The fact that they don't use another name internally hints at a proper name not even existing yet.

I hate and love this.

The Legend of Zelda and Link's Wild Heavy Breathing.

Breath of the wild 2 electric boogaloo

The legend of Zelda: Wild ARM

"The Legend of Zelda: Breaths of the Wilds" - Calling it now