The Legend of Heroes: Trails of Cold Steel IV Launches for PC on April 9

Patch 1.1 improves the memory usage in various parts of the game, as well as fixing several crashes that were occurring in the game. 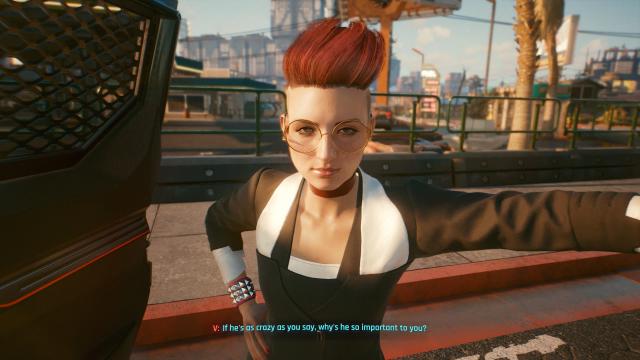 Cyberpunk 2077 launched for PlayStation 4, Xbox One, PC via Steam, Epic Games, and GOG, and Stadia on December 10, 2020. A next-generation will launch for the Xbox Series X|S and PlayStation 5 later this year and will be a free upgrade for those that own the PS4 and Xbox One.

Patch broke the game. You get a call from Takemura and he won't talk or disappear. During that time you can't save anymore.

Somewhere I heard the losing horn from The Price is Right playing.

The damage is already done. Console versions plummeted really hard on retailers. It’s already almost half price at amazon, not even after 2 months.

In a year or two this game is finished, after 10 patches or something maibe the game is ib a state where they can focus on reworking the broken AI and the open world tech that even games from ps2 era do 100 times better

This doesn't seem to have done much at all, and has made it worse for others. They should be sticking to bigger more meaningful patches, not small patches, with claims that better ones are upcoming.

Upper management still seems like the root cause here, an they still haven't been fired yet it seems.

Should be ready for release soon!

Saw a frame rate analysis of this already. Its certainly improving on last gen. Stays north of 20 fps now which is sadly a vast improvement.