Phil Spencer on Halo Infinite Delay: Game Will be Better and Release When People Can Find an Xbox - News

Microsoft originally planned to have Halo Infinite as the big launch title for the Xbox Series X and S, however, due to issues the game was delayed to 2021.

Head of Xbox Phil Spencer in an interview with The Verge said it was a big miss on their part with not having Halo Infinite at launch. However, it does mean they will release "a better Halo game at a good time when people can actually get a console."

"We were very public about Halo Infinite and our desire to have Halo at launch," said Spencer. "I do think there’s some great launch games that are there to go play, that maybe get lost in this dialogue about who’s got the better launch lineup, which is a downside.

"I’m playing a lot of Tetris Effect from my friend, Mizuguchi, and the team, and it’s awesome. We wanted Halo at launch. We thought it would have been a real cultural moment for us as Xbox. Last time we had done that was the original Xbox and Halo: CE. 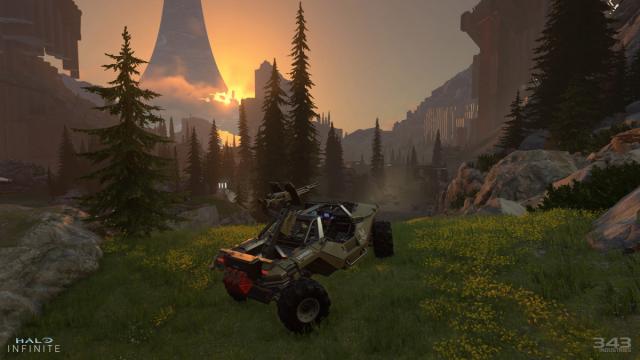 "From a business standpoint, I’m selling every console I can build. It’s hard for me to point out how I would be selling more consoles today. I wouldn’t be. There’s also a fan promise, and that’s not lost on me that people want to see new great games that play on their new platform that they purchase. That’s a commitment that we believe in.

"We’ve made huge investments in our first party [games], in growing the amount of games that we can build that can be special on Xbox, that can be there for our Xbox fans, so that they feel like they made the right purchase.

"[Halo] was a miss on our part. I wouldn’t change the decision based on the right game, [a] healthy situation for the team, and how they’re working. Absolutely, it’s something that we had planned for, Bonnie Ross who runs the studio and I, to have Halo there.

"In the long run, I think what’s going to happen is we’re going to get a better Halo game at a good time when people can actually get a console. I feel good about that. I think the game will be better for the time that we’re giving it."

"I feel good, really good, the best I’ve ever felt about our roadmap.," he added "But yeah, it would have been really great to have Halo at launch."

You all do realise that the writers love you Xbox haters since you give more traffic and replies whenever Phil is mentioned right? If you stop hating on Phil, you won't get as many articles about him

When people can find an Xbox? The game will run on XB1 and XB1X. Let's be real here. The game got delayed because fans saw the awful trailer and told MS to fix it.

The delay is making the best of the situation. As in releasing when stock is ample. People want the next gen version.

The next gen version will be the same , except for better frames/ resolution. This is a current gen game at heart

So is Spiderman MM and Horizon 2, doesn’t stop people from wanting the best.

It's no game changer and is the same game essentially. I'm no halo fan, but the footage shown wasn't that bad actually. It looked like a huge open world and the lighting was due to time of day. I think the issue people had was the stuttering and issues during the stream. But I can't see why they would delay a game that was meant for xbox one x. They had the stream and release ready to go, so the teaam was obviously happy. When it does release, xbox one owners will most likely be getting the same game that was shown. Series x will probably get slight enhancements. I think they also messed up by showing some cgi/ingame halo footage during the series x reveal add. It looked impressive, but it propbably got people's expectations too high.

I'm waiting for Halo Infinite to buy a Series X. I bet it'll launch November 15, the 20th anniversary of Halo CE. I hope the extra year of polish will improve the visuals.

"But yeah, it would have been really great to have Halo at launch." Why? I thought people couldn't get a console. Phil Spencer - Master Gaslighter. https://en.wikipedia.org/wiki/Gaslighting

they delayed it coz it was a current gen trailer, more like xbox 360 trailer jayzus 343 really didnt do well as standard bearer for the franchise,

some1 else has to step up

"fortunately, we have a product for people who aren't able to get Halo Infinite at launch, it's called Tetris Effect." - Spencer, Phill.

And I guess the people that are getting Xbox from now until Halo launch doesn't exist ... "Halo game at a good time when people can actually get a console."

You’re fuelling it. No way around this one.

No, he isn’t. You interpret everything he says negatively without even trying to consider any other interpretation. Your mind is already set to call foul, and you’ve been sticking to it for a long time. It doesn’t achieve anything good, and I would ask why you’re doing it...

Because what is effectively being said are spins and defenses for an error more than anything. Like, there is no date for release but it will be when people have the console (can find them)? Don't they already have it and won't the inventory be refreshed almost weekly? And when he goes for well I'm playing Tetris Effect it comes as it isn't a problem Halo didn't launch because there are other games (and list one that isn't even noteworthy).

No. You misinterpret him. He is saying that it is unfortunate that they had to delay Halo, but that on the bright side, the game will come out when it is in better shape and that will also happen when more people can get their hands on the new console. Meaning more people will be able to take part in its launch.

Don it’s a little funny how you don’t attempt to hide how Phil gets under your skin.

Sure the part where the delay will make the game better is true, and I have already said that several times. But to them go and say "it will be available when people can find Xbox" serves for what?

I knew the delay also had something to do with supply and demand.

It was mainly due to the backlash, but they eventually did the right move. As time passes, Halo could garner more hype and a good gameplay trailer will bring back whoever lost hope on the project.

LOL No you didn’t. Because that is not why the game was delayed.

@Hynad its exactly what i was saying. Of course other merits count like the backlash however the supply would have also been a major issue. If supply wasn't an issue, i wouldn't be surprised if MS released Halo anyway even with the backlash it got.