Microsoft has released some of its titles on the Nintendo Switch in the last couple of years, including Cuphead, Ori and the Blind Forest, Ori and the Will of the Wisps, and Minecraft Dungeons. The latter two were released after Microsoft said it had "no plans" to release more of its games on other consoles. However, the Ori sequel was released on the Switch due to wishes from the developer, Moon Studios, and Minecraft Dungeons was already announced for the hybrid console.

Head of Xbox Phil Spencer in an interview with Kotaku said he has a good relationship with Nintendo, however, releases Xbox games on the Nintendo Switch on a case by case basis doesn't feel sustainable in the long term. Spencer would want the full Xbox ecosystem on the Switch, which would mean things like Xbox Live and Game Pass.

"We have a very good relationship with Nintendo," Spencer said. "And I think we see our work very synergistically, in terms of trying to grow the market. And it just makes it easy. Every conversation we have with them has really been easy." 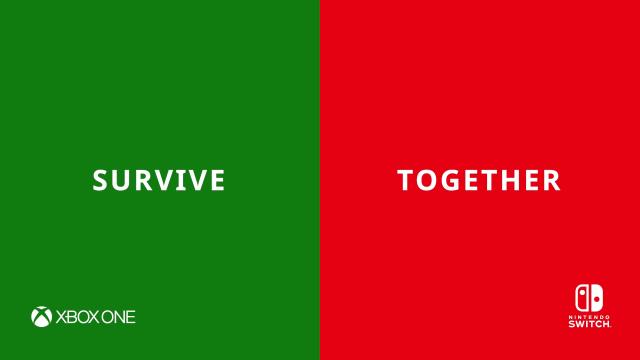 Spencer added that "it doesn’t feel sustainable" to release Xbox games on the Nintendo Switch on a case by case basis. "In order to really support it, I would want a full Xbox ecosystem somewhere. And that probably means things like Live and Game Pass and stuff."

Spencer was asked if Nintendo or Sony would be interested in having the full Xbox ecosystem on their platforms and he said "I don’t want to speak for them. I think they should probably answer."

Microsoft has allowed characters from two of its IPs - Banjo-Kazooie and Minecraft - to be featured DLC in the Nintendo Switch title, Super Smash Bros. Ultimate.

Remember, Microsoft offered to buyout Nintendo. Whether Nintendo responded in honesty or courtesy, Nintendo expressed interest. That was until it was made known that Nintendo would have to cease console production and all titles will be on a Microsoft platform alone. Then Nintendo said, "Nope." This is probably the closest you'll get to a David and Goliath story here that still continues today. Thank you, Nintendo.

Microsoft should tread very lightly with this kind of talk. Nintendo and Sony protect their platforms vey strongly, and last time a competitor tried to one-up the other by taking over their platform, we had the fallout between Nintendo and Sony. This is very shaky ground and they need to enter it cautiously.

Wait a minute. Does Phil expect people to pay for XBL + Nintendo Online in order to play Xbox multiplayer games on Switch? HAHAHAHAHAHAHAHAHA!!!!

Yes we know that it isn't sustainable and that they want to have the whole Xbox ecosystem in the other consoles. But yes with every interview of Phil Spencer we can see that nothing he say can be trusted, as it changes with the autmun leaves.

Three back to back articles with the phrase "case by case basis". He really loves that phrase doesn't he.

Well he had to change to it since the definitive answers were later proved false.

That seems to be the anwser not many seem to understand. His made it quite clear thats his anwser yet we continue to ask Phil questions that go full circle. Its too early to tell, they still havnt made the payment for Zenimax yet.

@Bandorr, I actually think other people should learn to use it as well. I mean, Ryan could have used it when he was asked about Cross-gen games.

"I don't want to speak for them. I think they should probably answer." That's what I've been saying all along. I don't understand why people don't ask Nintendo directly.

nitnedo would be very causious. last time they tried soemthing like this, the other partner tried to rip them off, and when they called the deal off becasue of it , said comapny went off to make the best selling console of all time.

That's clearly what they were going for since the beginning with this Nintendo relationship. They see them as weak third party and online wise so it's a good match for both of them actually.

Game Pass on the Switch using xCloud, even if it is just first-party Xbox titles, would be a win-win for both. It would mean more games on the Switch and grow the Xbox ecosystem.

@trunkswd If Xbox games really mattered on a Switch, the Switch would not have outsold the Xbox in a relatively small time frame.

Nintendo won't allow game pass. Why would they allow another store on their ecosystem when Nintendo can get direct cuts from their own store. Unless somehow Microsoft work out a deal to give Nintendo % cuts of their revenue. It would never happen. It's the exact same issue with Apple.

Microsoft may be a little flexible, looking at their deal with Gamestop they are willing to give a digital sales percentage.

They could certainly work out a deal where. Ninty gets $1 per month for each gamer that plays at least 5% of their Gamepass time on Switch, $3 per month if they play 50% of their time there, or something like that.

Or, they could sell and add-on of GP access on Switch for an additional $5 per month, and that goes to Nintendo.

Some smaller-scaled games like Ori, Cuphead, Battletoads, Grounded etc. can get an additional fanbase (and revenue) from Nintendo systems. I don't think something like that isn't sustainable, when there's no financial loss but gain.

It appears that in the long run, MS is looking to sell subscriptions, rather than one off games. So, unless they can put their subscription services on Switch, I can see where they'd determine it doesn't make sense to spend resources porting games to the system.

I bet Microsoft would want Nintendo games to come to Xbox in exchange for it, like how someone at Microsoft thought they owned Donkey Kong after buying Rare.

I think MS would love to have Ninty games on XB. If they could get Ninty games and Sony, Google, Amazon can't, that would be a massive win for MS.

Somebody is definitely going to try to land that whale. MS and Ninty trading software between them seems as good an approach as any.

MS can dream all they want. Ninty games will never some to their console.