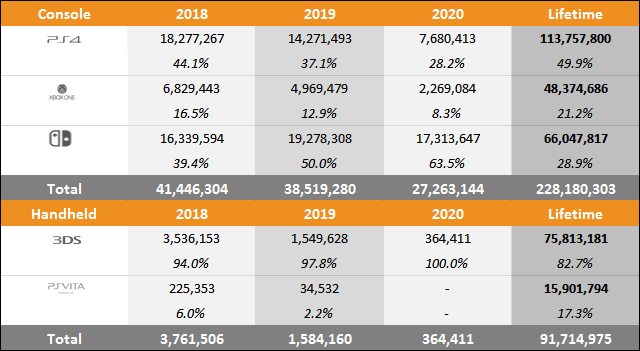 PS4 dropped below 50% now. And Switch sales are just mindblowing

17 Million for the time january to basically start of october seems completely unreal to be honest. As if there is a mistake in the data or something. Basically 26-27 Million are the absolute minimum for 2020 right now. This is completely insane. Numbers "must" be wrong^^^^ unbelievable...