Metal Gear Solid 1 and 2, Metal Gear, and Konami Collectors Series: Castlevania and Contra Out Now for PC via GOG - News 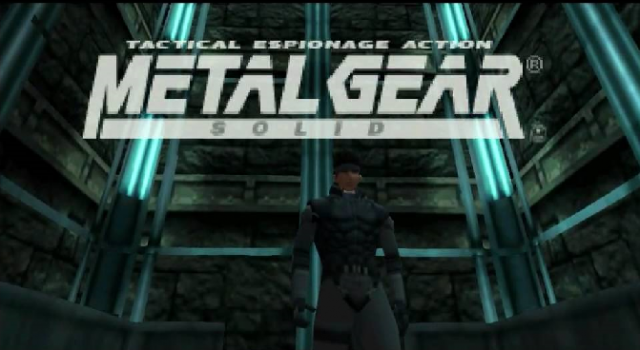 Outer Haven is the name of a heavily armed land in the depths of southern Africa where the dreadful weapon called Metal Gear is developed. It is the mission of Solid Snake, one of the members of the secret army “Fox Hound” to sneak into Outer Haven are destroy Metal Gear.

You are Snake, a government agent on a mission to regain control of a secret nuclear weapons base from terrorist hands.

Now the international best-selling PlayStation game comes to the PC with better graphics, added features, and new gameplay modes! Unlike anything you’ve played before, Metal Gear Solid introduces a new genre of gaming where ninja-like stealth and cool head are your best weapons for survival

Solid Snake returns in Metal Gear Solid 2: Substance, the ultimate edition of Metal Gear Solid 2: Sons of Liberty, with all-new game modes, hidden characters, and storylines. Top-secret weapons technology is being mysteriously transported under cover of an oil tanker to an unknown location. Armed with an arsenal of new weapons, supplies and stealth maneuvers, it’s up to Snake to infiltrate the transport and keep this deadly weapon of mass destruction from falling into the wrong hands!

The Beginning of a Legend…

Return to the roots of Castlevania and Contra in one exclusive package on the PC. This collection of games brings the non-stop action, suspense and great gameplay of these fan-favorite games home for the first time in over a decade.

The bloodline of the Belmont clan returns along with their ultimate nemesis Dracula in the three games that started it all: Castlevania, Simon’s Quest, and Dracula’s Curse.

In Contra and Super C, Red Falcon is invading Earth and only two heroes can stand up to the hoards of alien forces.

Please play in a well lit room while sitting or standing as far away from the screen as possible. In rare cases, light flashes from the game may cause eye pain, headaches, seizures, or blackouts. If you experience any of these symptoms, please stop playing immediately and consult a doctor.

This is a pretty good deal. Also happy it's not the Twin Snakes version.

Buying MGS1 right now - thanks for letting us know about this Will!

I'm not saying it won't happen, but I wouldn't hold my breath for a steam release. These are essentially the original PC ports from the early 2000s made to work on modern systems. That's more GOG's wheelhouse, and they probably actually did a good chunk of the work to get it working, with Konami's permission.

Might be timed exclusives though, possibly because of the work done by GOG. I haven't done any research to back up my claim, but I think I've been noticing that old games that get release on GOG often get released on Steam as well, usually after some delay.

Not bad. Honestly I expected a lot worse from Konami.

I wasn't expect to spend any money on Metal Gear any time soon, but it turns out I might...

It's pretty funny that Konami is still lying about the plot synopsis of MGS 2 after all these years.

There's no lie, some things just have been left out in a fairly misleading fashion. As for why it's still the same synopsis, well, this looks like a really low-effort cash grab, so why bother changing the texts either, right?